Provenance: the estate of the artist and Randall Galleries, New York; Essie Green Galleries, New York; private collection. Titled in ink on a paper label on the frame back. In the artist's papers in the Louis Round Wilson Special Collections Library of the University of North Carolina at Chapel Hill is a photograph of this painting that is inscribed "Black & White #8, o/c, 50x60" in ink on the verso.

Exhibited: Charles Alston, The Gallery of Modern Art, New York, December 3, 1968 - January 5, 1969. This retrospective, sponsored by Farleigh Dickinson University, included 53 paintings and 3 sculptures by Alston, including all eight of the Black and White paintings. They were exhibited alongside his other important series African Theme,Blues Singer and
Set Alert for Similar Items 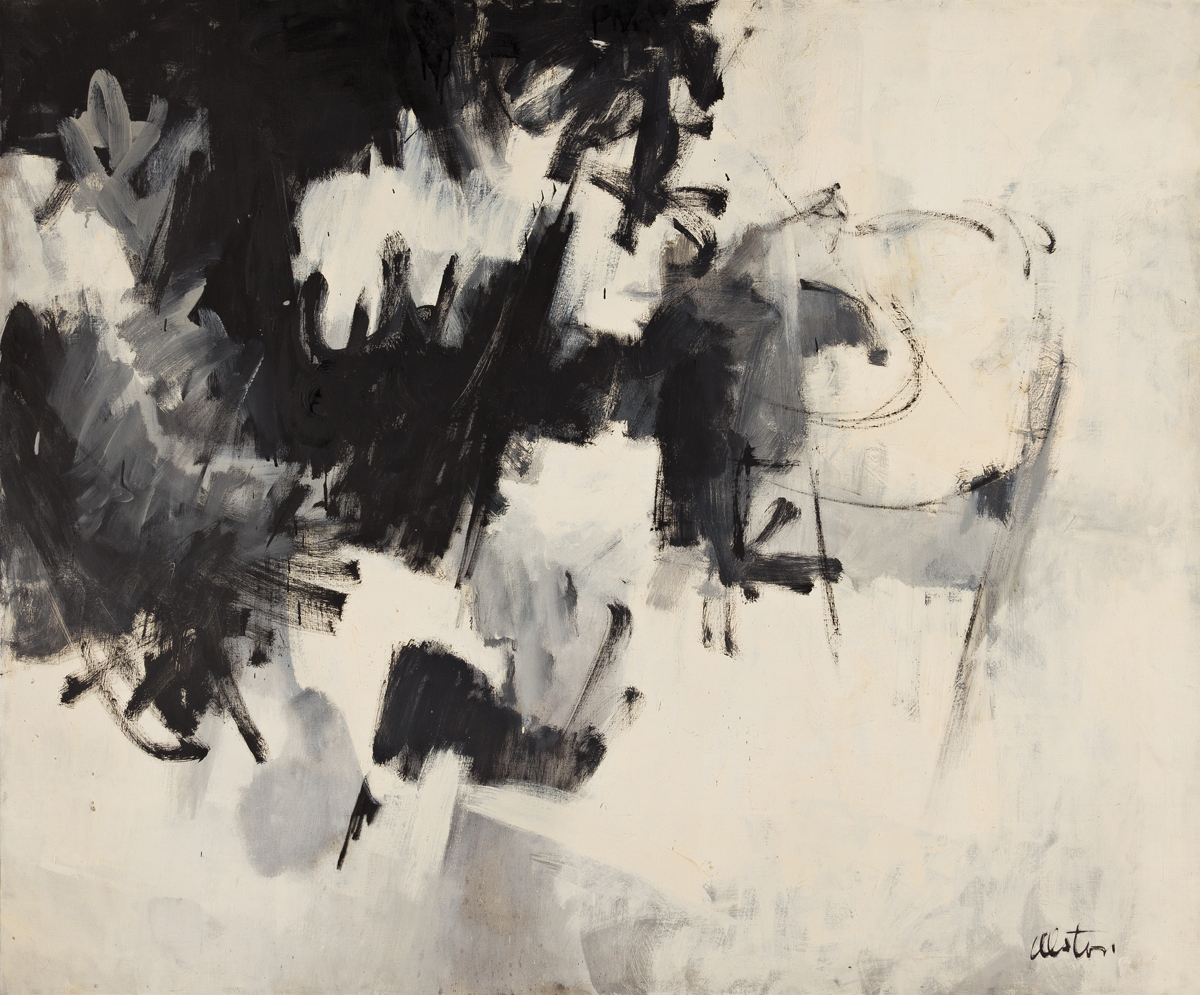