Oil on linen canvas, 1960. 1270x1270 mm; 50x50 inches. Signed and dated in oil, lower right recto. Signed and titled in graphite across the verso, and additionally titled Standing in the Moonlight on the canvas overflap, upper edge verso.

In the artist's papers in the Louis Round Wilson Special Collections Library of the University of North Carolina at Chapel Hill is a color photograph of this painting, identified as "abstraction no. 6" , which is inscribed "abstraction" on the verso.

Moon Haze is an ethereal and beautiful abstraction and a significant mid-career painting by Charles Alston. By 1960, Alston had achieved wide recognition for his post war painting, including receiving the Emily Lowe Memorial award for his painting An Ancient Place, and a solo exhibition at Feingarten Galleries, New York in April of that year. Alston included in his Feingarten show a group of 1958-60 abstract paintings with several similar compositions, including his 1960 Composition #1, sold at Swann Galleries on April 4, 2018. In Moon Haze, Alston masterfully creates a subtle, hazy atmosphere of thin layers of silvery grey paint which blurs boundaries. Bearden/Henderson, Jr., p. 269; Wardlaw p. 91 and 93.
Set Alert for Similar Items 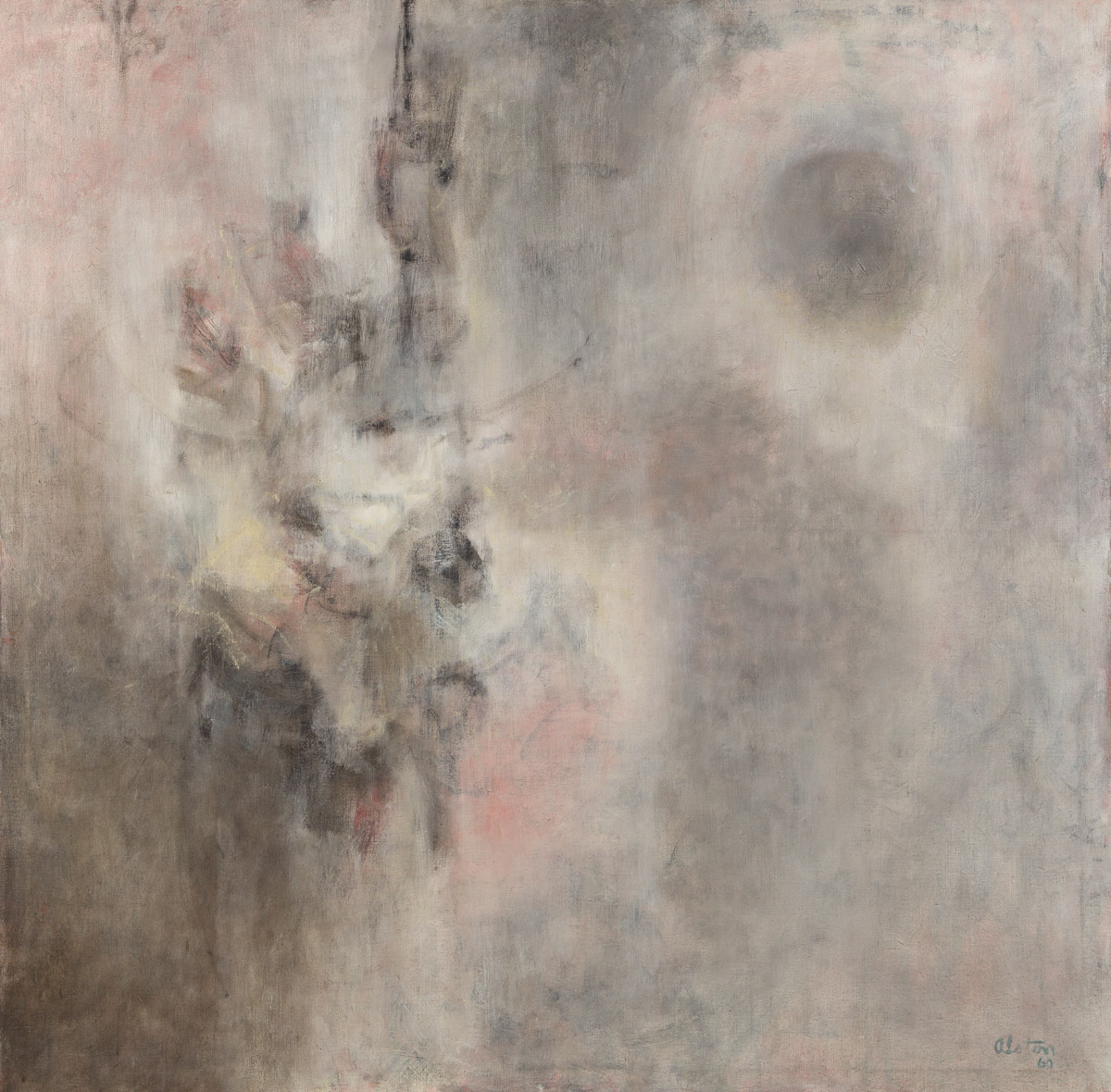