Price Realized: $ 110,000
Price Realized: $ 137,000
?Final Price Realized includes Buyer’s Premium added to Hammer Price
Estimate: $ 60,000 - $ 90,000
CHARLES LOUPOT (1892-1962) CH. PHILIPPOSSIAN AUTOMOBILES / GENÈVE. 1920.
35 1/2x50 1/4 inches, 90x127 1/2 cm. Saüberlin & Pfeiffer, Vevey.
Condition A-: minor creases and abrasions in margins. Paper. Framed.
After studying in Lyon, Loupot fought and was wounded in the First World War. He returned from the front and settled in Lausanne, where his parents were living, and quickly began his successful career as a poster designer. Most of his work was for the fashion and luxury goods industries. His style, a combination of the high-profile Swiss School and his own light French touch, worked very well for the products he was asked to advertise. "Instead of juxtaposing his tones by simply pressing them next to each other, he strives to make them penetrate. Each element of the array thus seems to participate in the substance of the neighboring elements to which it itself provides a little of its own substance. Thus is created a delicate, diaphanous atmosphere, which bathes all things giving them more living vigor, more modeling. See, for example, this poster for Philippossian automobiles. The impression of speed is striking. We admire the power of this machine which seems to carry with it the air that it penetrates. And that does not prevent the spots of colors from asserting themselves as well as if their contours were coldly cut" (Vendre, September 1930, p. 918). This early, Art Deco masterpiece is one of his rarest and most desirable works. We have found only one other copy at auction. Reina Sofia p. 111, Loupot / Zagrodzki 43, Loupot / Forney 12, Auto Show 49, Reclame 27, Kery p. 96, Posters & Publicity 1926, p. 35.

From the Aminoff / Faccini Estate.
Set Alert for Similar Items 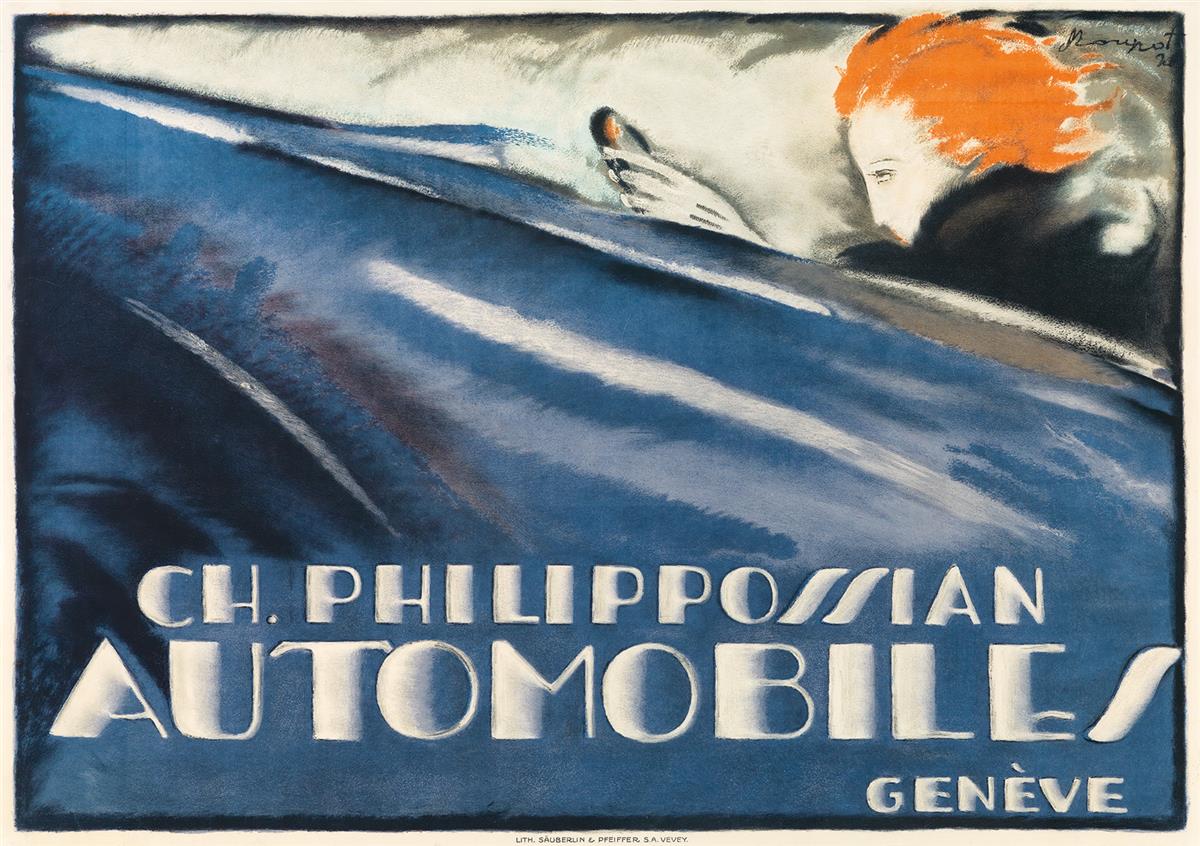