Portait (Man on the Street) is a striking and scarce example from Searles's most influential period of work.This canvas embodies the artist's career-long interest in African tribal arts--he first incorporated mask forms and colors from Africa in these late 1960s and early '70s figurative paintings. By 1971, Searles had risen to prominence with the inclusion of his 1970 painting, News, in the exhibition of Contemporary Black Artists in America at the Whitney Museum of American Art. Searles studied at the University of Pennsylvania and the Pennsylvania Academy of the Fine Arts, graduating with honors, and later taught at the University of the Arts in Philadelphia for 19 years. His works are found in the collections of the Philadelphia Museum of Art, the Montclair Museum of Art, Montclair, NJ, the Dallas Museum of Art, the National Museum of American Art, Smithsonian Institution, Washington, DC, the Afro-American Historical and Cultural Museum, Philadelphia and Howard University.
Set Alert for Similar Items 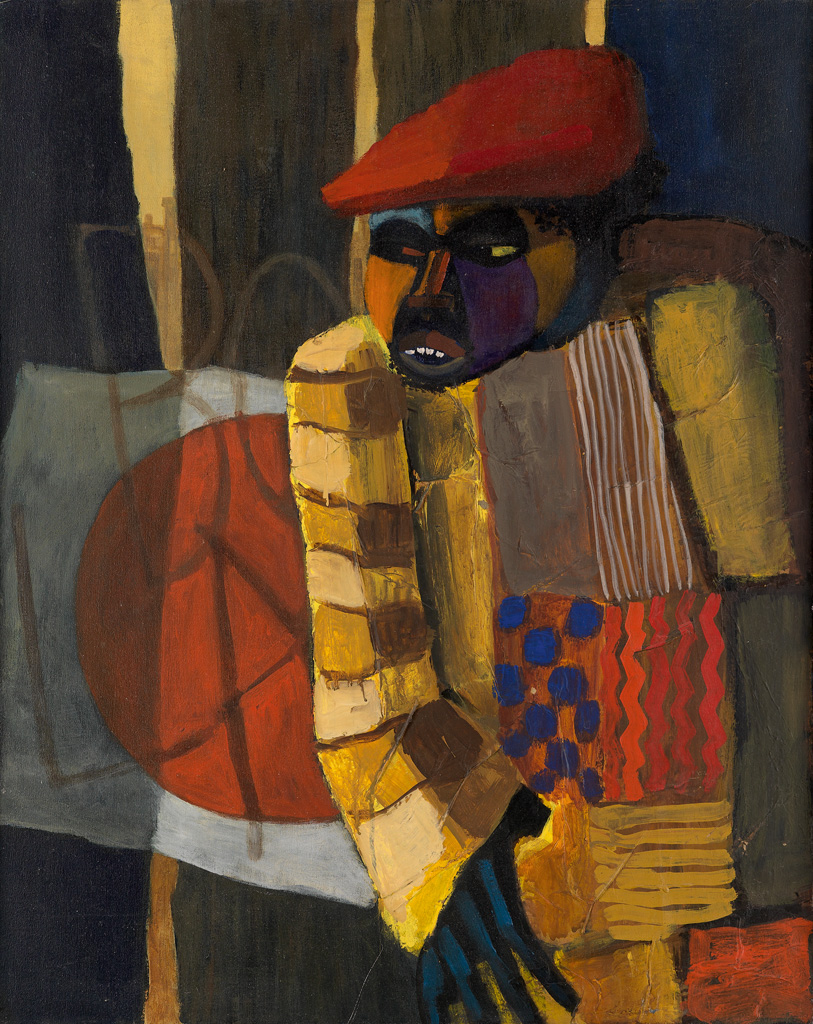