Caliban is a dramatic rediscovery - a significant Charles White drawing that has never been exhibited publicly and was previously known only from its entry in Lucinda Gedeon's 1981 catalogue raisonné. Caliban is a striking and intriguing depiction by White of the important character in William Shakespeare's play The Tempest as a muscular male figure enslaved in chains. Caliban's identification in modern literature as African or African American stems from the conquest of Caliban's island and his enslavement by Propero and his daughter Miranda.

This dynamic figure embodies Charles White's expressive figuration through the 1940s with his use of foreshortening and an emphasis on muscular limbs. The powerful and compact nature of the figure is similar to Charles White's Native Son, No. 2, 1942, also inspired by a literary hero. With a similar classical pose, a related work from the same period is White's Sojourner, Wolff crayon, 1949 (Gedeon D60, illustrated in Horowitz, Images of Dignity). These dramatic figures show the influence of White's own mural work with the Illinois Art Project of the WPA and that of the Mexican muralists on his 1940s drawings.

It is not known if this drawing was intended as a study or was part of a commission; there are no other known drawings inspired from Shakespeare in White's oeuvre. With his involvement in the founding of the South Side Community Art Center in Chicago in 1940, Charles White was certainly aware of contemporary Shakespearean productions with characters portrayed by African Americans, including such famous actors as Harry Belafonte, Canada Lee and Paul Robeson. Horowitz p. 47; Gedeon D 61.
Set Alert for Similar Items 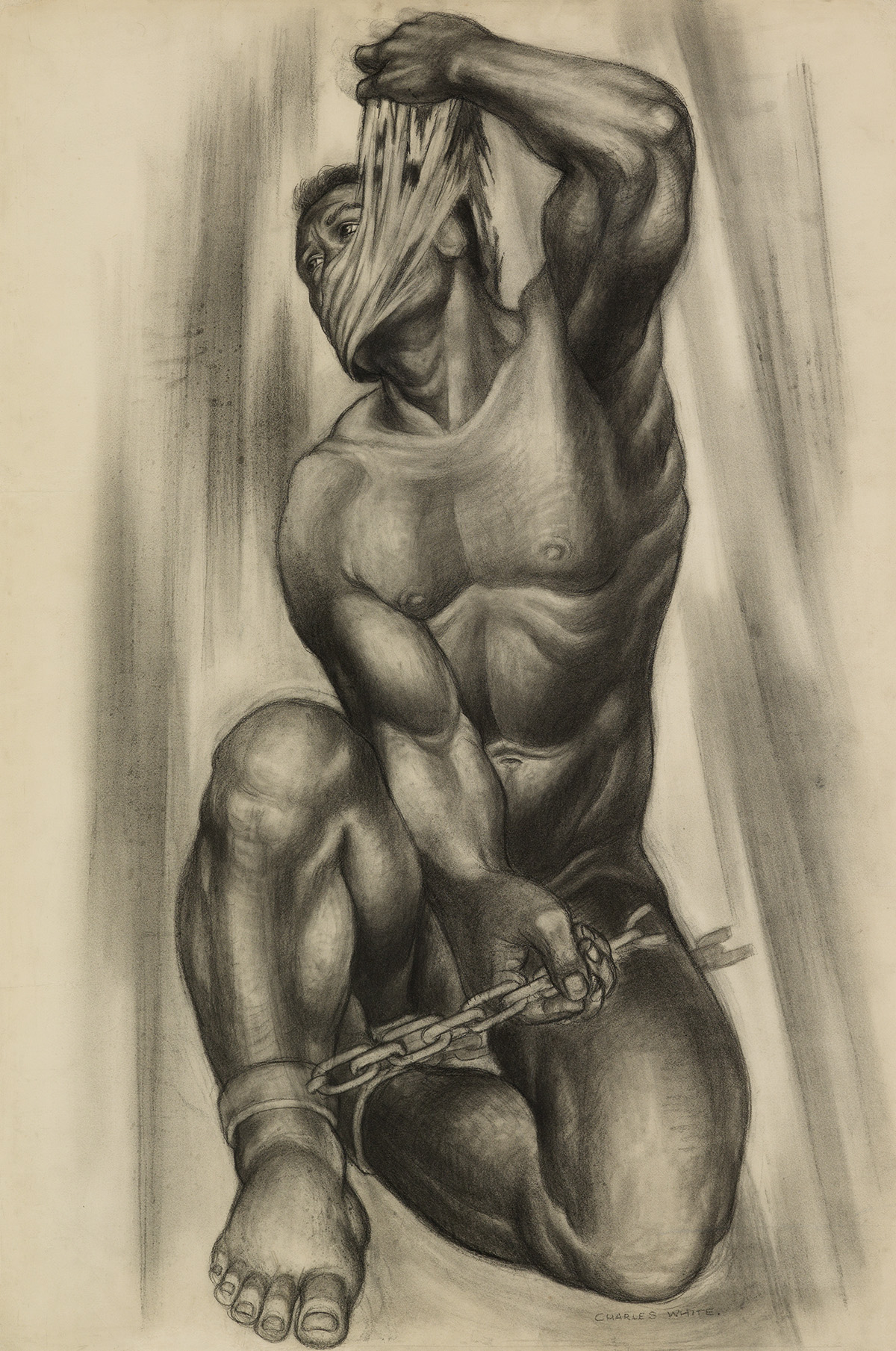