This fascinating portait of one of Charles White's heroes is one of the earliest known drawings by the artist to come to auction. Another, very similar version of this drawing of Diego Rivera was sold at Swann Galleries as lot 22 in African-American Fine Art auction on April 2, 2015, and is catalogued as D10 in Lucinda Gedeon's catalogue raisonné.

This early study was likely made just before or at the beginning of Charles White's study at the Art Institute of Chicago. White was determined to become an artist despite his family's tight finances, and early rejections from discriminatory art schools. White won a $240 scholarship to attend the Chicago Art Institute, entering in 1937. White completed the two year course in one year, despite often walking the 60 blocks home to save money and working as a cook and valet. Upon his graduation in 1938, he soon qualified to join the easel and mural divisions of the Federal Art Project in Illinois.

Diego Rivera's international fame and the rise of the Mexican muralists made a profound impact on Charles White and many other social realists' art work. In the mural divison of the FAP, White worked with muralists Mitchell Siporin and Edward Millman who both had assisted Rivera on murals in Mexico. Later in 1947, upon winning a Rosenwald scholarship to travel and study in Mexico, White met Diego Rivera and studied with David Alfaro Siqueiros at the Esmeralda Escuela del Arte and the Taller de Gráfica Popular in Mexico City. Curiously, despite a strong resemblance, an identification of Rivera was never made with this drawing.
Set Alert for Similar Items 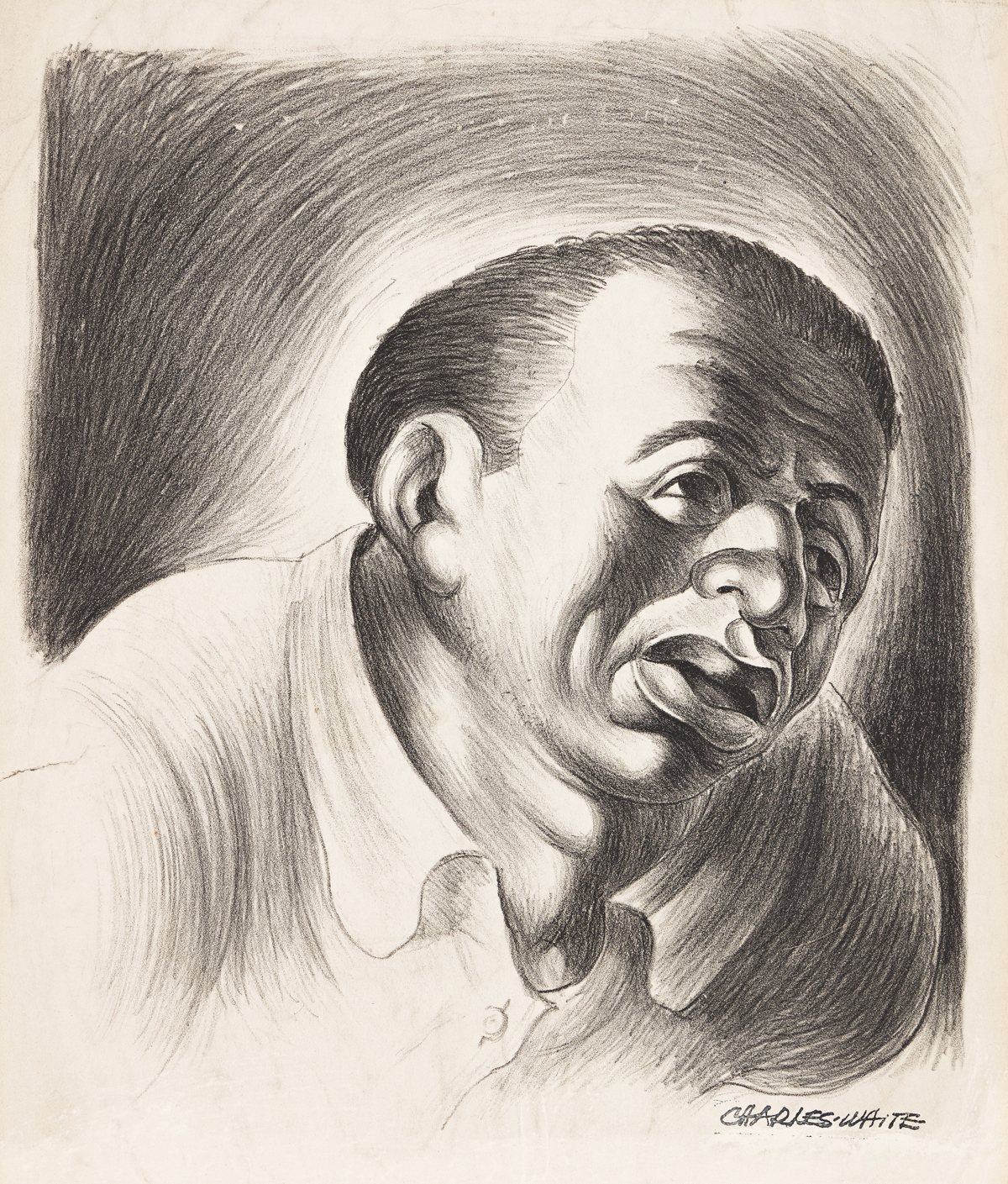