Nobody Knows My Name #1 is a significant and powerful mid-career work by Charles White which has not been exhibited in over fifty years. Charles White drew this dark and atmospheric work in his mature period in Los Angeles - he also made another related drawing, Nobody Knows My Name #2. While the swirling blackness of the charcoal almost makes the drawing abstract, its symbolism has a strong message. The darkness surrounding this young man was very much a portent of the times. In 1965, the Civil Rights struggle was peaking with the assassination of Malcolm X and Dr. Martin Luther King, Jr. leading the march on Selma - both the signing of the Voting Rights Act and the Watts Rebellion occured in the month of August. 1965 was also an auspicious year for Charles White's career in Los Angeles. In addition to his ACA solo exhibition in New York, White was hired to teach at the Otis Art Institute, and the Golden State Mutual Life Insurance Company acquired his major drawing General Moses (Harriet Tubman) and asked him to join their selection committee.

This drawing's evocative title has a cultural resonance with African-American literature. David C. Driskell wrote about the drawing in his foreword to Andrea D. Barnwell's recent monograph in reference to Ralph Ellison's Invisible Man: "Nobody Knows My Name is one work that clearly addresses his concern for the African-American's invisibilty in the American experience....Nobody Knows My Name is poetic in that it brings us to the brink of tears, around strong emotions of denial that we are not known by others." Nobody Knows My Name is also the title of a collection of essays by James Baldwin; Nobody Knows My Name: More Notes of a Native Son was published by Dial Press in July 1961. White had a copy of Baldwin's The Fire Next Time in the library of his Altadena home. Barnwell p. ix; Oehler/Adler pp. 129, 202, 210; Gedeon D174.
Set Alert for Similar Items 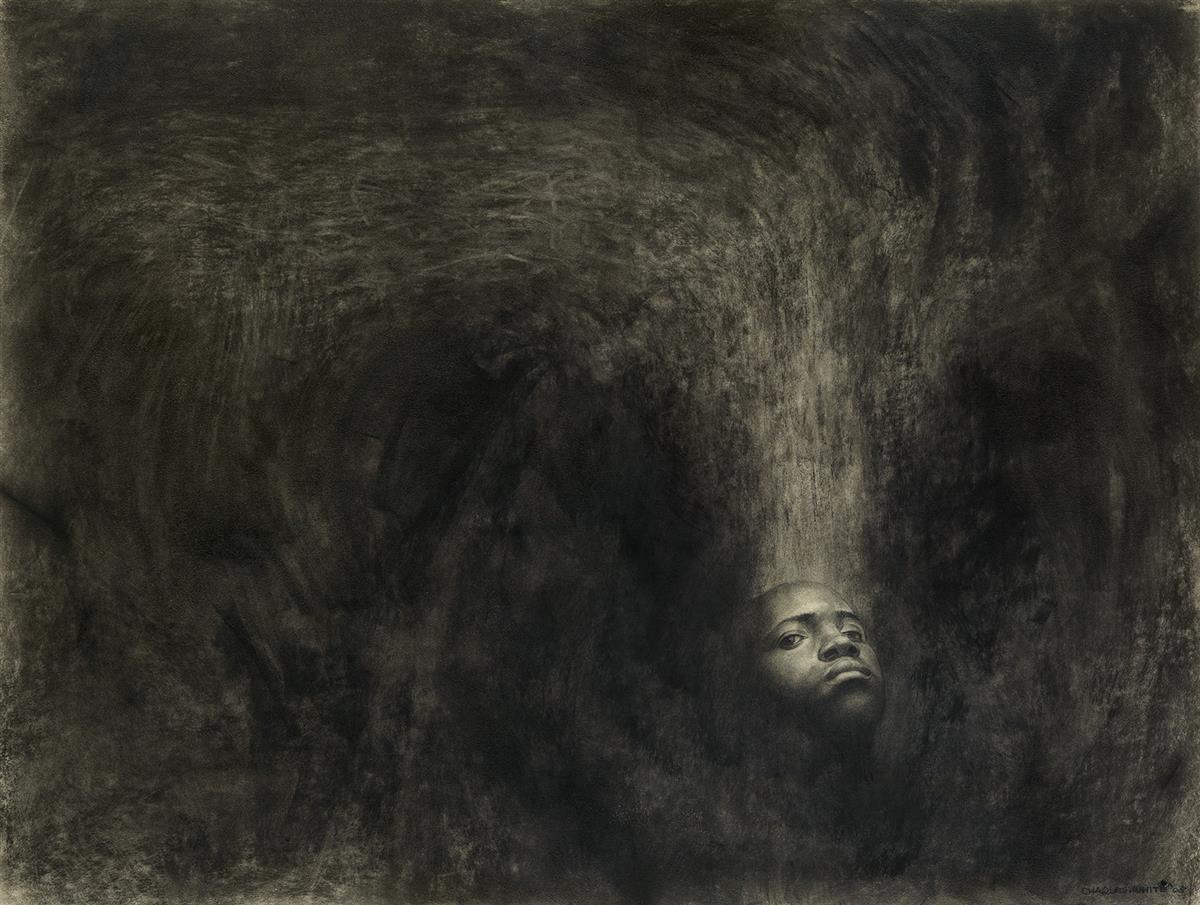