Charles White's Take My Mother Home is an important drawing and one of his most masterful works in pen and ink. This powerful portrait displays White's mastery of expression and technique in pen and ink on a monumental scale. It was included in both the 1967 monograph Images of Dignity: The Drawings of Charles White and the 1976 landmark exhibition Two Centuries of Black American Art at the Los Angeles County Museum of Art.

Charles White created Take My Mother Home at the height of his career - just a few years after his move from New York to Los Angeles. Taking its title from an African-American spiritual, this life-size depiction of a young man and his seated mother addresses the issues of the care of the elderly and the broader Civil Rights struggle. In the 1950s, White depicted working men and women on a grand scale, with an intensity of mark making and an attention to natural gestures that made his ordinary subjects into heroic figures. White made a series of ink drawings in 1957-58 based on spirituals.

In 1958, ACA Gallery in New York gave Charles White a solo exhibition which included this drawing and another large oval-shaped drawing, entitled Folk Singer, 1957, portraying Harry Belafonte. Take My Mother Home is also the title of a spiritual that Belafonte sang and recorded in 1955 as part of the Broadway musical production of 3 for Tonight. Both drawings were acquired by Charles White's friend and patron in Los Angeles. Belafonte also wrote the introduction to the 1958 ACA Gallery exhibition catalogue, and the foreword to the monograph Images of Dignity: The Drawings of Charles White.
Set Alert for Similar Items 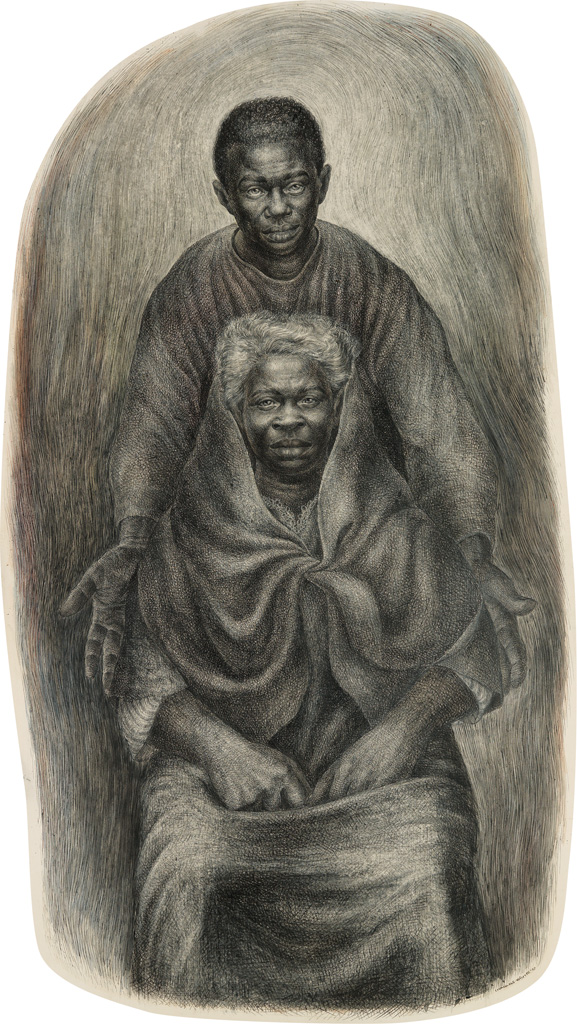 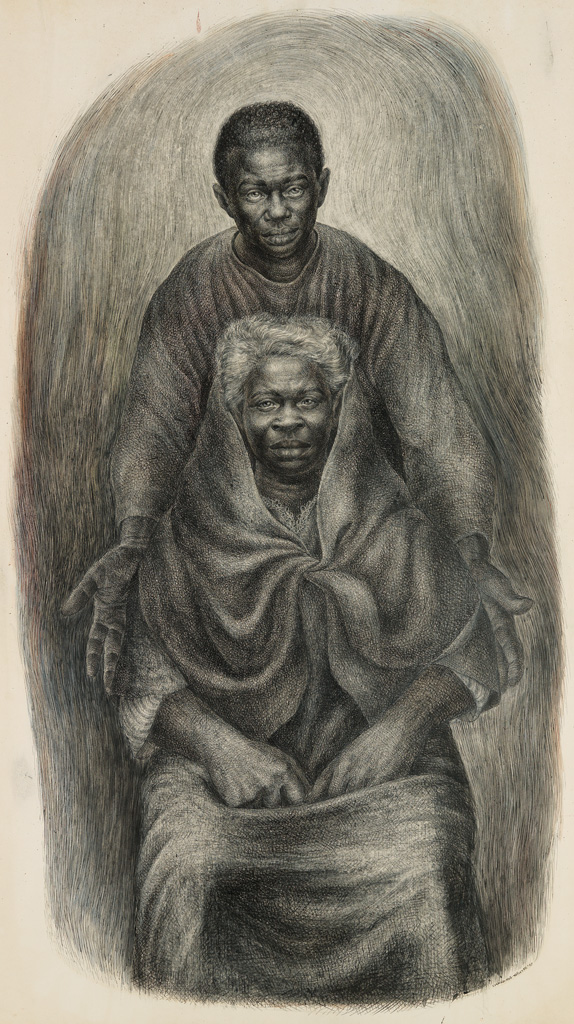