A superb impression of this large and very scarce etching - we have not seen another impression at auction since a signed trial proof was sold at Swann Galleries on February 19, 2008. Gedeon notes while the prints were numbered /25, there were only 12 signed impressions, 3 signed artist's proofs and 4 signed trial proofs, with two estate-stamped proofs. Another impression printed in brown ink, numbered 3/25, is in the collection of the Museum of Modern Art, New York.

The subject of the etching anticipates Charles White's painting Black Pope (Sandwich Board Man), oil wash on board, 1973, acquired by the Museum of Modern Art in 2013. Curator Esther Adler in her 2017 monograph Charles White Black Pope describes how the idea of a black pope was floated in 1970s media, including a 1973 Encore magazine article, a copy of which is found in Charles White's papers at the Archives of American Art. Adler pp. 32-33; Gedeon Ec9.
Set Alert for Similar Items 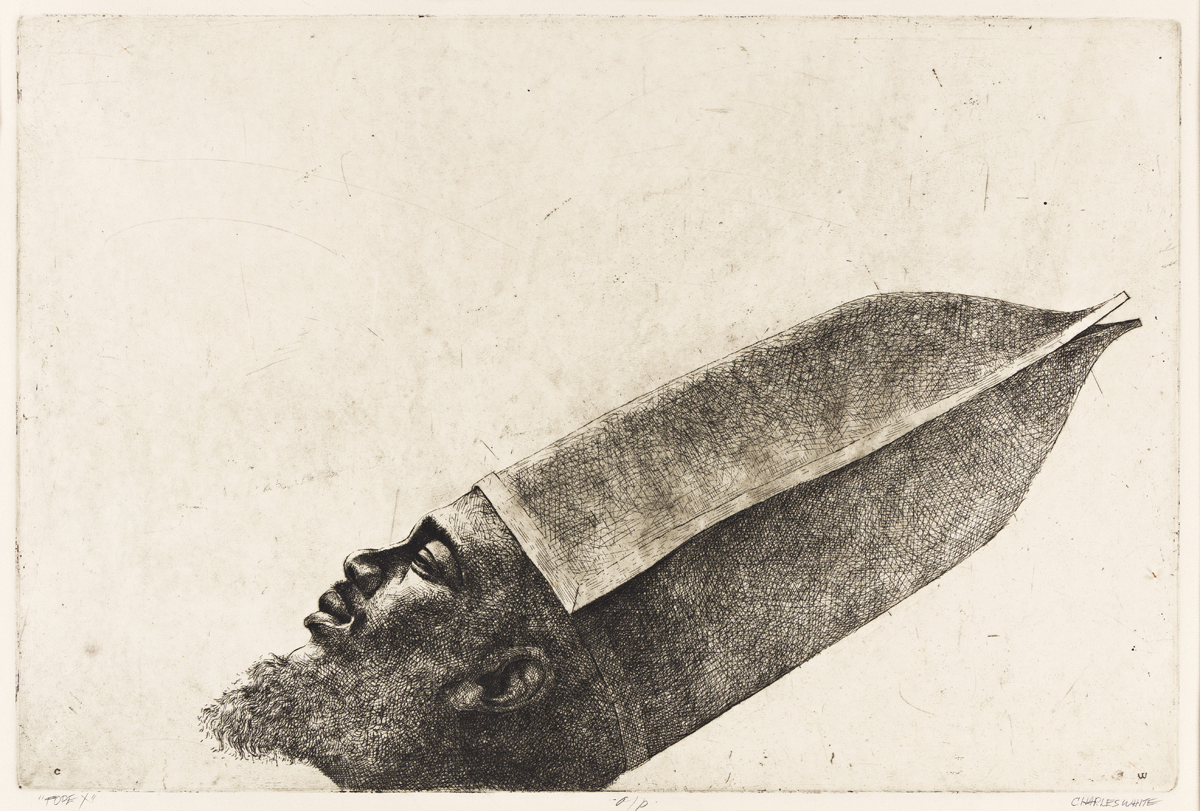