Printed material includes a few advertisements, a calendar, and a juvenile poster that contain her images * A Heckscher Theatre Illustrators Show program from 1941 featuring a number "Cheer Up Brother" that starred Becker and featured artwork by Dean Cornwell, John La Gatta, Gilbert Bundy, and John Falter.

44-page photography album from the 1910s-20s, with images of Becker, her family, friends, and travels, neatly captioned on mounts.

Becker was responsible for a great majority of commercial images of beaming, rosy-cheeked babies and young children that appeared on countless magazines, calendars, advertisements, and within her own two published juvenile works during the first half of the 20th century. She attended The Art Students League, the Cooper Union, and was an active member of the Society of Illustrators. Becker is credited for introducing the milk bottle into imagery of babies, an aesthetic decision which led to them being called "dairy pictures" by the advertising industry who used them to promote the association between consumption of dairy products with happy, plump, healthy children.
Set Alert for Similar Items 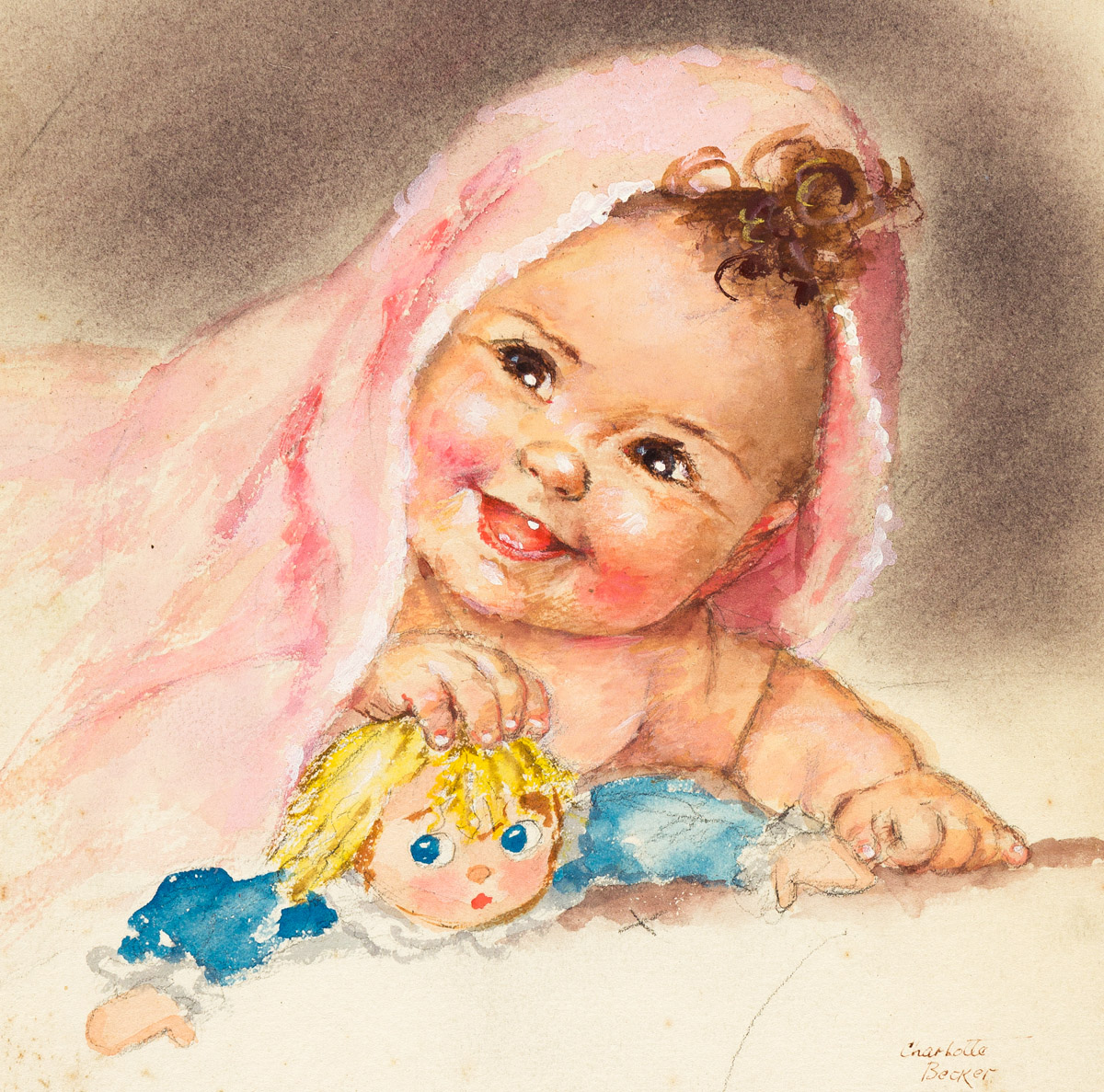