Provenance: the estate of the artist, Chicago; private collection, Chicago.

Exhibited: The Flowering - African-American Artists and Friends in 1940s Chicago: A Look at the South Side Community Art Center, Illinois Art Gallery, Illinois State Museum, Chicago, April 7 - May 28, 1993; Whose Broad Stripes and Stars: Death, Reverence, & the Struggle for Equality in America, Betty Rymer Gallery, The School of the Art Institute, Chicago, December 17, 1993 - February 2, 1994.

This haunting sculpture is the first work by this distinguished Chicago sculptor to come to auction. The plaster head or mask was Lawson's reaction and his monument to the news of the horrifying death of fourteen year old Emmett Till in 1955. From Chicago, Illinois, Till was horrifically murdered - beaten, shot and his eyes gauged out - for allegedly flirting with a white young woman, while visiting relatives in Money, Mississippi. His beaten, swollen face was widely seen as his mother chose an open casket to show the brutality of his killing - the funeral was attended by thousands and images of it were published widely in the black press. "His Reward, Emmett Till" is an important political statement and one of the most modern works by the suclptor Lawson.

Clarence Lawson was born in Beaumont, Texas in 1909. From 1933-1938, Lawson studied at the Art Institute of Chicago where he became the first black artist to receive the prestigious James Nelson Raymond Study and Travel Fellowship. Upon his return to the US, he served in the Navy, instructing wounded soldiers in arts and crafts. Lawson's work was shown in a variety of arts institutions during his lifetime including the Art Institute of Chicago, Atlanta University, the South Side Community Art Center, the Metropolitan Museum of Art, among others. A bronze bust of Russian musician and composer Sergei Rachmaninoff was featured, with significant praise, in the 1951 National Competition of American Sculpture at the Metropolitan Museum of Art. Lawson moved to Sag Harbor, Long Island in 1973, where he painted, designed and built his own house.
Set Alert for Similar Items 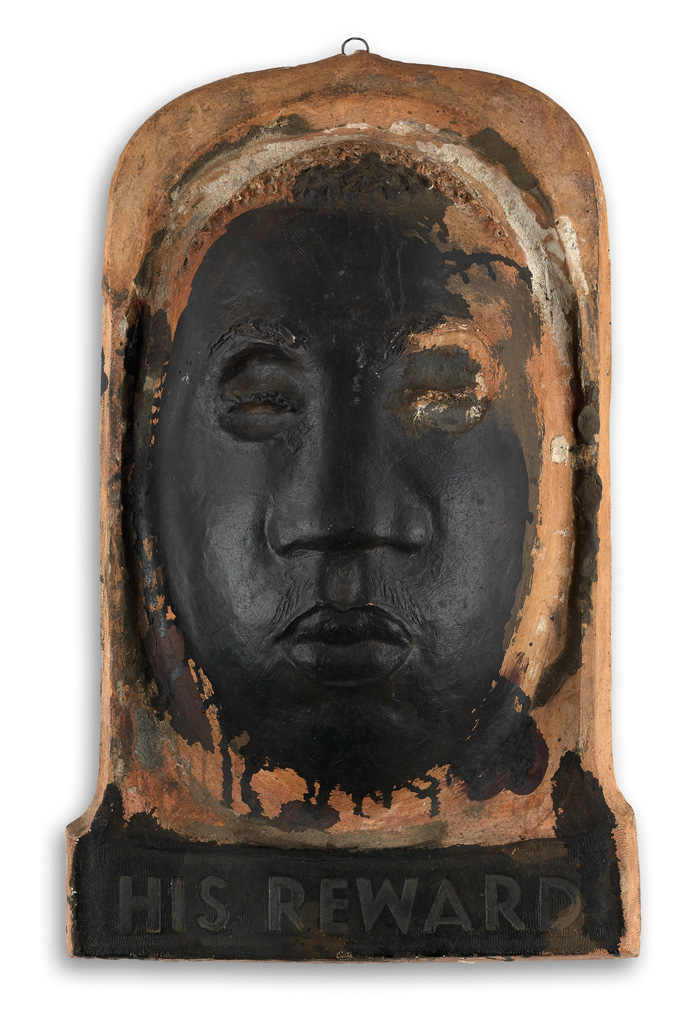