Schuffenecker (1851-1934) was a French Post-Impressionist artist, painter, art teacher and art collector. A friend of Paul Gauguin (1848-1903) and Odilon Redon (1840-1916), and one of the first collectors of works by Vincent van Gogh (1853-1890), Schuffenecker was instrumental in establishing, with Gauguin, the seminal Volpini exhibition, in 1889. Schuffenecker and Gauguin were colleagues at the brokerage Bertin during the mid-1870s, where they became close friends. In their spare time, both studied the Old Masters at the Louvre, Paris, and worked at the Académie Colarossi. In 1880, Schuffenecker married a cousin, Louise Lançon; their daughter Jeanne, the subject of the current work, was born in 1882, their son Paul in 1884. As the economic situation decreased in the early 1880s, Schuffenecker and Gauguin had nevertheless gained enough money to leave Bertin and both opted for a career in the arts. After the Paris Bourse crashed in January 1882, Gauguin chose to remain independent, Schuffenecker decided to apply for the diploma to teach. Two years later, he was appointed to teach drawing at the Lycée Michelet in Vanves, along with his friend the painter Louis Roy (1862-1907). In 1884, Schuffenecker exhibited with the Société des Artistes Indépendants and, in 1886, the Impressionists in their eighth and final exhibition.
Set Alert for Similar Items 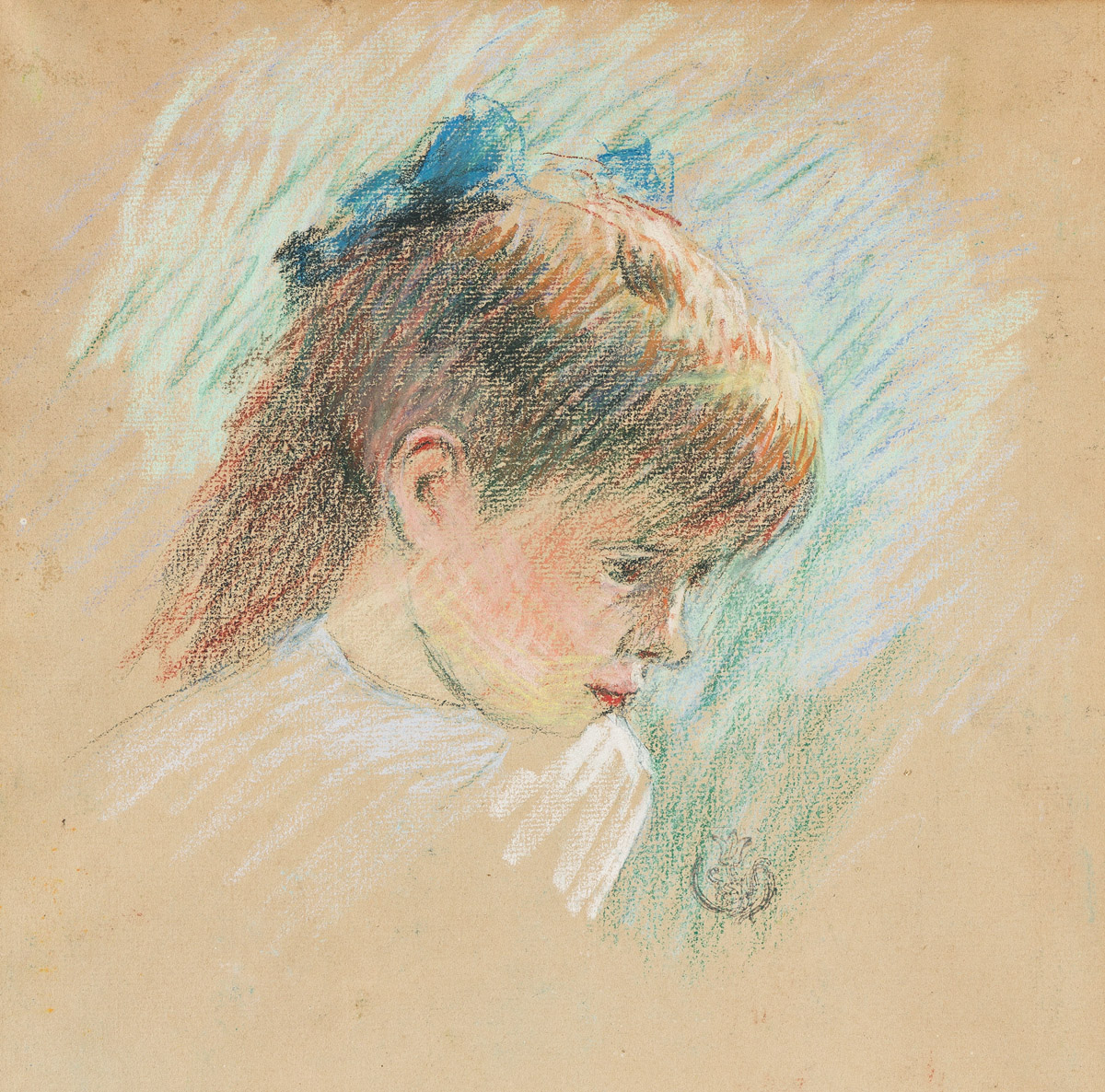