At the end of the 19th century, Monet (1840-1926), Edgar Degas (1834-1917) and Camille Pissarro (1830-1903) rediscovered lithography as a medium both to recreate their artistic conceptions on paper and, simultaneously achieve widespread distribution of and acclamation for their work. These artists, who had invented new ways of transmitting impressions of light and color, engaged George William Thornley (1857-1935), an accomplished English lithographer and admirer of the Impressionists, to translate their designs into lithographs. The prints that emerged from these collaborative efforts are the only lithographs in color, save one by Pissarro, by these great Impressionist artists.

Until he met Thornley, Monet had evidenced no interest in making prints. Unlike Degas and Pissarro, who etched on copper and drew on stone or transfer paper, or Cézanne, Sisley and Renoir, who collaborated with Auguste Clot, the talented Parisian master printer, to create color lithographs, Monet either found printmaking too daunting or did not seek the public acclaim for his work that printmaking could provide. However, he was able to find a hospitable partner in Thornley. The resulting collaborative lithographs of landscapes, seascapes and portraits are informed with the elusive and shimmering light of his iconic Impressionist oil paintings.

This print is based on Monet's 1877 painting of the same title, capturing a street scene during a time when he lived near the Gare Saint-Lazare station.
Set Alert for Similar Items 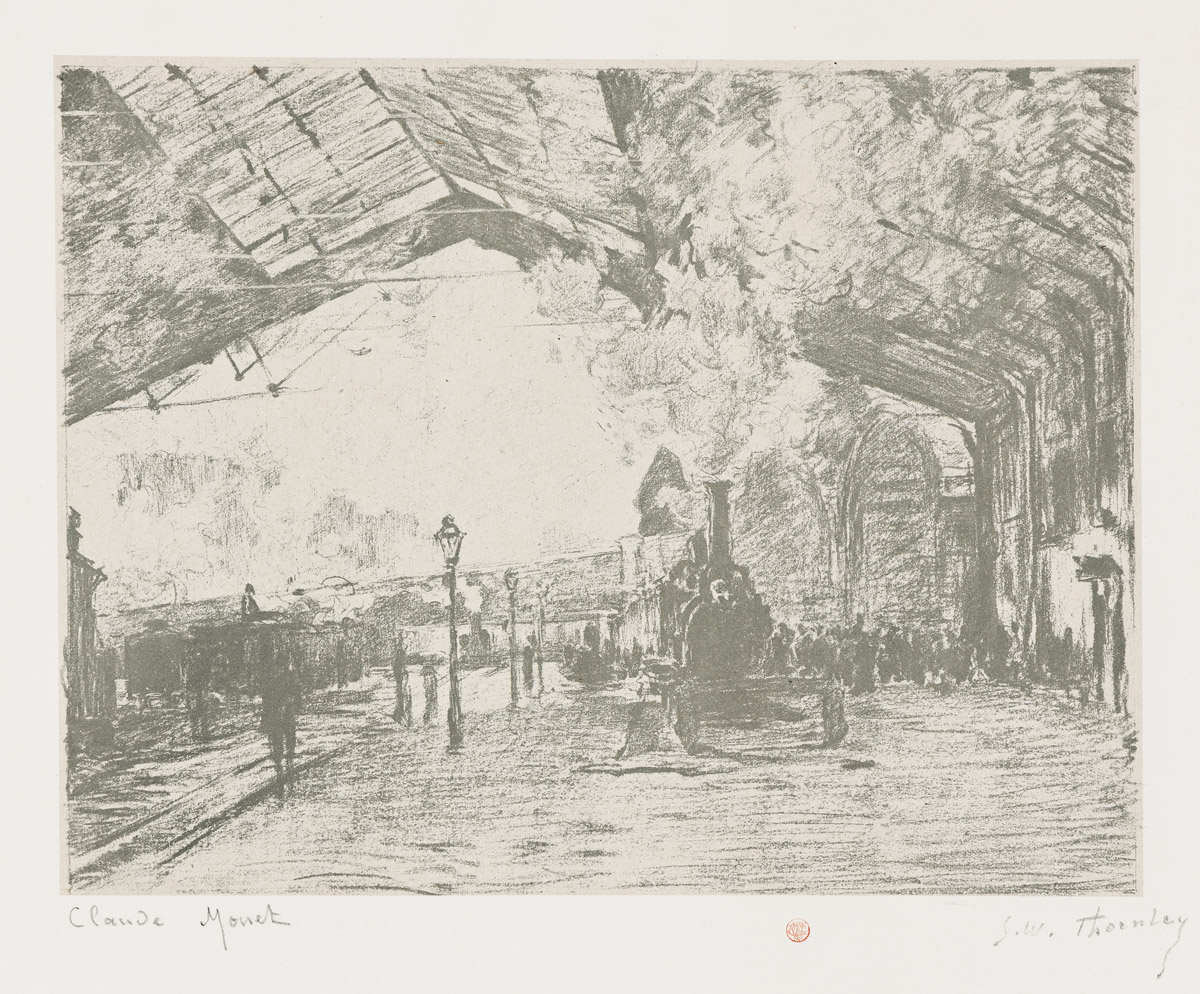