Provenance: the estate of the artist; private collection.

Rise People Rise. is an important mid-career painting by artist, activist and art therapist Cliff Joseph. It is a powerful political and artistic statement created at the height of the Black Arts movement. As a founding member of the Black Emergency Cultural Coalition in New York, Joseph was working at the vanguard of a transformative moment in African American art and history.

Born in 1922 in Panama City where his father was employed in the construction of the Panama Canal, Joseph's family emigrated to the United States the following year, settling in Harlem. Following military service in the Army artillery and WWII, he studied at the Pratt Institute in New York, receiving a degree in illustration in 1952.

Cliff Joseph best described his practice of painting: "the power of the art belongs to the people." By 1968, both his painting and activism were reaching new heights. That year, Joseph painted one of his best known works, My Country Right or Wrong, a powerful anti-war statement. In 1968, Joseph also co-founded the Black Emergency Cultural Coalition (BECC) with Benny Andrews, Henri Ghent, Reggie Gammon, Mahler Ryde and Edward Taylor. Faith Ringgold also became a member of BECC. Its founding was a direct response to the Metropolitan Museum of Art's controversial exhibition Harlem on My Mind which did not include any Black painters or scultpure. Its goal was to increase the representation of Black artists in New York galleries and museums. Joseph and the BECC went on to also protest the Whitney Museum of American Art exhibition Contemporary Black Artists in America, and organized the exhibition Rebuttal to Whitney Museum Exhibition at the Acts of Art Gallery in Manhattan.

Joseph's iconic Blackboard, 1969, with its vision of an Afro-centric education, was recently included in the important traveling exhibition Soul of a Nation: Art in the Age of Black Power organized by curators Mark Godfrey and Zoe Whitely at the Tate Modern, London. Rise People Rise is the most significant and largest painting of Cliff Joseph to come to auction to date.
Request Condition Report Set Alert for Similar Items 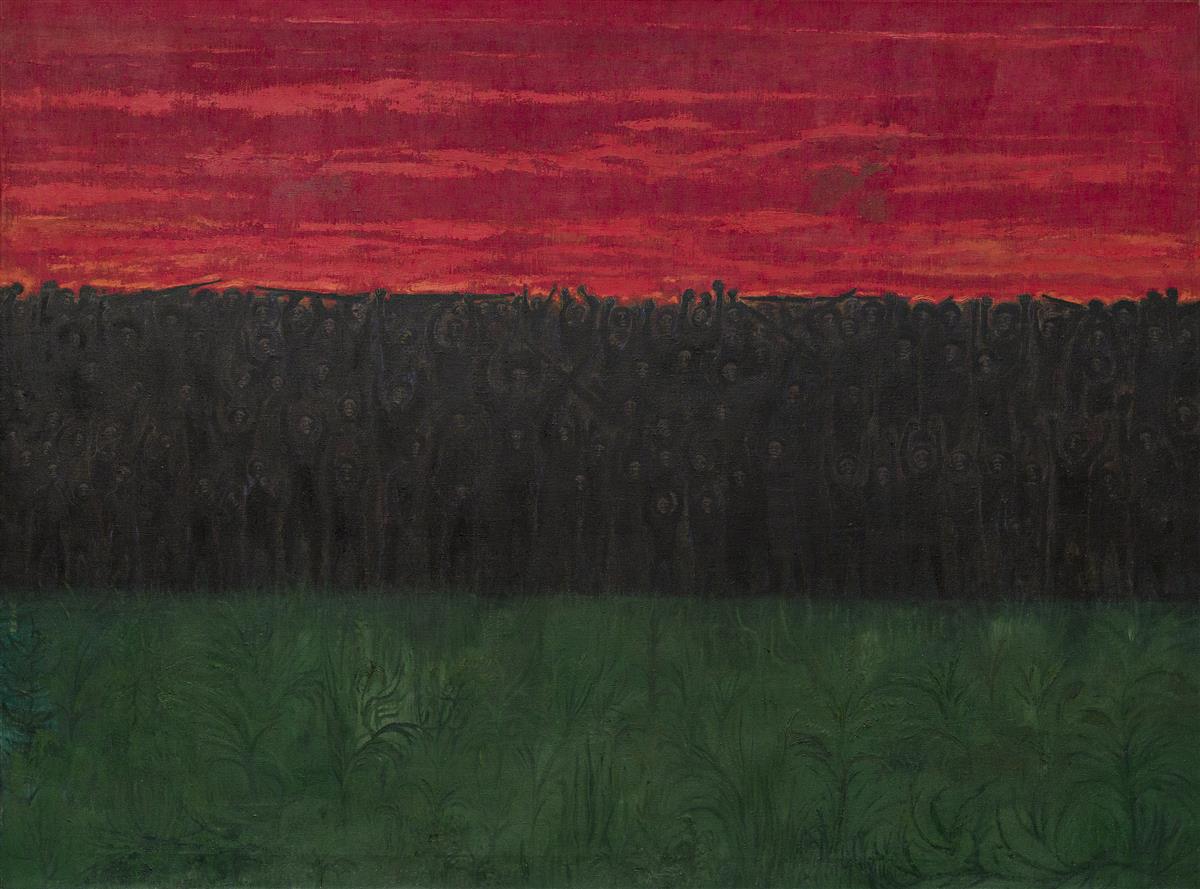