Jim French began drawing, and then photographing, male erotica in the 1960s. As a successful fashion illustrator, he and a friend co-founded a mail order company in New York City they named Lüger, to which French contributed homoerotic drawings of hyper-masculine types such as bikers, soldiers, and cowboys. He eventually bought out his business partner and by 1967, under the pseudonym Rip Colt, he founded Colt Studio. There he created highly detailed drawings for various Colt Studio books, magazines, and calendars, such as this lot. He soon turned to the Polaroid camera to shoot photographs of posed male models to serve as guides for his drawings, ultimately building a formidable reputation for himself as one of the most important photographers of the male form. French's fine art training and drawing skills can be credited for that success. As Nat Gozzano, COLT Studio's archivist and art director since 1997, noted: "As opposed to the early male pin-ups that were for gay audiences, but still masquerading as muscle magazines and athletic training magazines, Jim was more directly tailoring his images to the taste of gay audiences. His composition was so strong and from life drawing classes, he really knew how to pose models with strong tension in their bodies – and that set him apart from other people right away."
Set Alert for Similar Items 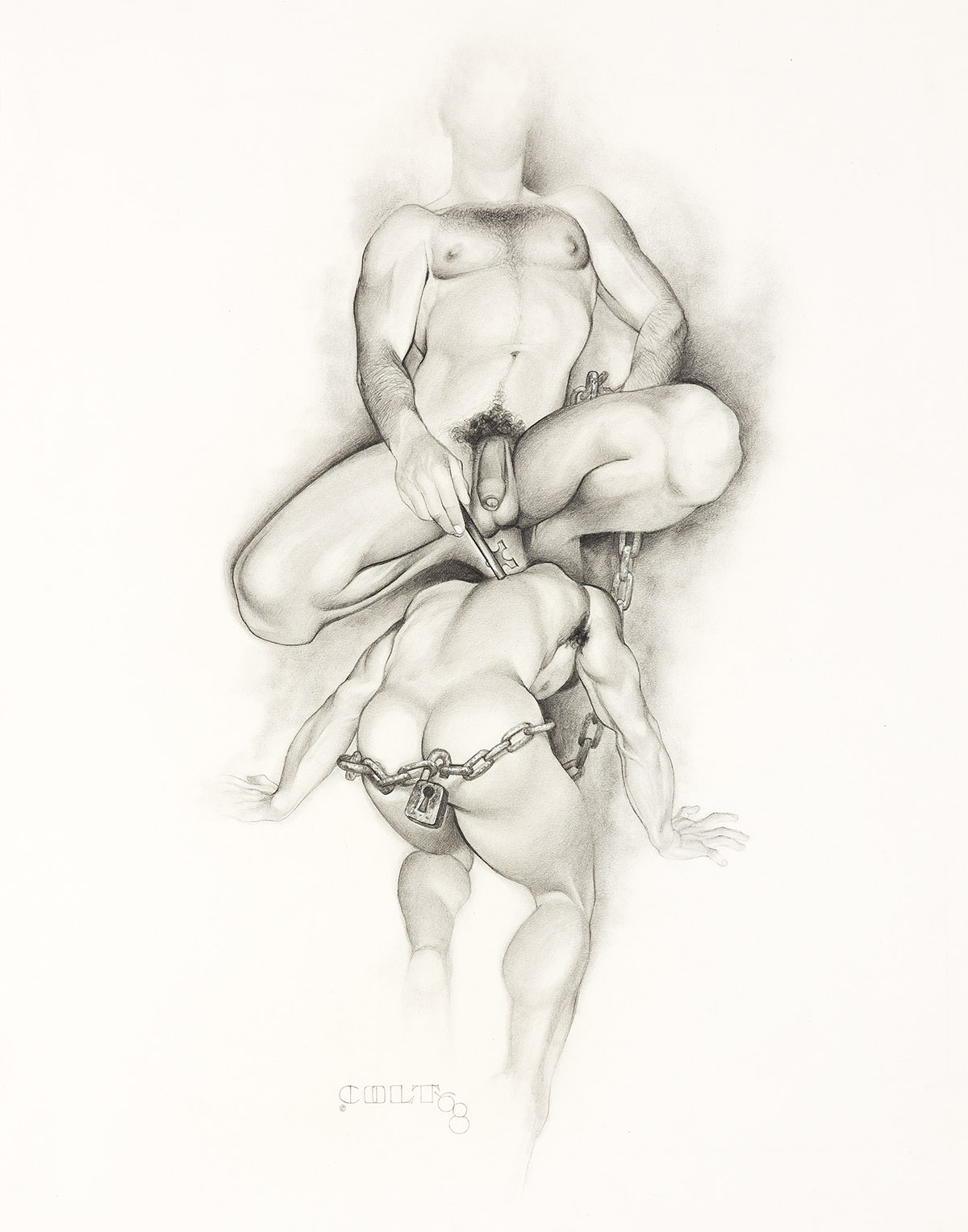