Leda and the Swan.

According to Ferri and Weislogel, "In his lifelong quest to acquire all things Italian, François I (1494-1547) always sought to attract the greatest lights of Italian painting—including Leonardo, Andrea del Sarto, and Michelangelo—to his court. While he succeeded in convincing the aged Leonardo (1452-1519) to enter his service in 1516, and, in so doing, obtained the Mona Lisa for France, the transalpine journey was a difficult and dangerous one, and neither Andrea del Sarto (1486-1530) nor the notoriously overcommitted Michelangelo (1475-1564) could accept François's invitation.

However, a rare panel painting of Leda and the Swan by Michelangelo did make its way to France in the possession of Michelangelo's pupil, Antonio Mini, who seems to have sold it to François. It entered the royal collection at Fontainebleau in the early 1530s, and François's court painter, Rosso Fiorentino (1495-1540), even painted a copy of it. The painting has since been lost. This print, engraved and published by the Flemish artist Cornelis Bos (1508-1555), is the only record of Michelangelo's completed painting. Bos, whose first prints date to 1537, must have seen the work at Fontainebleau during a journey to France sometime after this date," (An Earthly Paradise, Herbert F. Johnson Museum of Art, Cornell University, Ithaca, New York, 2010). Hollstein 54.
Set Alert for Similar Items 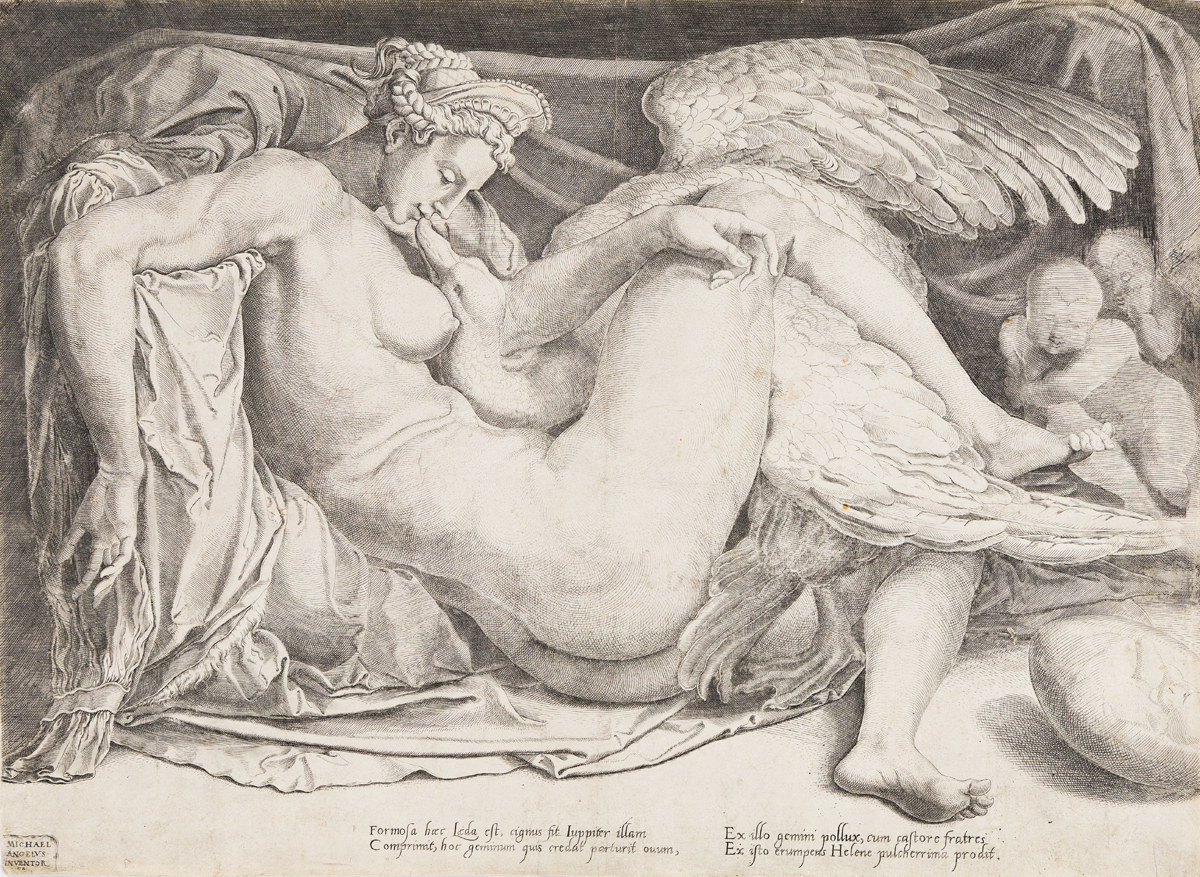