Edward S. Curtis is best known for his masterpiece The North American Indian--the most lavish and elegantly produced photobooks ever produced. This unique full set of 20 folios and 20 books includes 723 large-format photogravures on a rare tissue paper (111 of which are signed--all of the plates in folios I, IV, and V), and illustrated text volumes bound by Lauriat with 1,505 small-format photogravures on Japan vellum, several of which are hand-colored, in addition to 4 maps and 2 diagrams.

Curtis's stunning achievement was 40,000 negatives chronicling the customs, manners, rituals, songs, languages, and ceremonies of more than 80 Indian tribes. In the process he also fashioned a new American art form, in which the emerging art of fine photography and the documentary idiom, as well as the sophistication of artisanal bookmaking, converge.

He conceived of the project after returning from Alaska, where he was chief photographer for the eponymous Harriman Expedition. Shortly after, he was introduced to Theodore Roosevelt, who became a lifelong friend. Indeed, Roosevelt's letter of reference to J.P. Morgan, the renowned bibliophile and financier, secured patronage for a project that Curtis anticipated would take 5 years to complete.

Curtis was an artist intent on exploring his limits. During the summers, he coordinated the myriad details associated with preparing teams of ethnographers, musicologists, translators, assistants, and filmmakers for arduous trips in inhospitable climates. The rest of the year he lectured and wrote extensively, even creating a "musicale," raising monies to meet the ballooning expenses associated with producing the finest photogravures and books possible.

Although his photographic approach was consistent throughout his career, Curtis's early signatures reflect an artist in search of an identity. The boxy, somewhat crude, pictographic signature that he used early on may be set into relief against the stylized, confident hand that would later appear on his prints.

Pictorialism defined Curtis's technique and may be described as soft focus, sepia imagery tinged with romanticism. His subjects, which are rendered with dignity and respect, are frequently depicted in idealized "en plein air" tableaux. Nevertheless, his elegiac depictions of "the vanishing race" humanized the representation of native peoples and, perhaps more importantly, recorded their life and customs for later generations to appreciate. 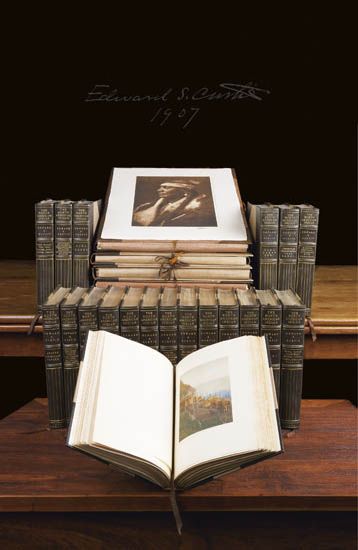 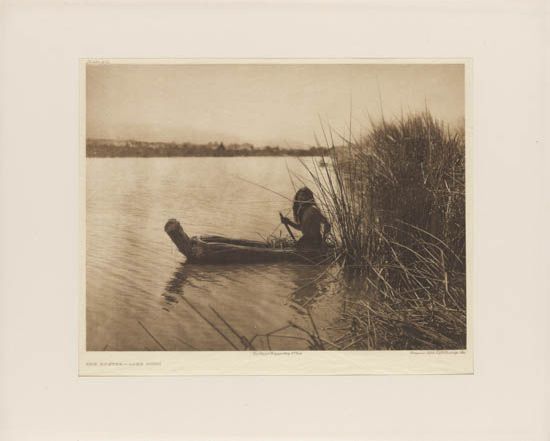