Twombly (1928-2011) was born in Lexington, Virginia, to parents who hailed from New England. At the age of 12 he began taking art lessons with the Catalan Modernist painter Pierre Duara, who had relocated to Lexington for the duration of the war. From the late 1940s through the early 1950s, Twombly studied at the School of the Museum of Fine Arts, Boston; the Art Students League, New York; and Black Mountain College in North Carolina, which at the time was the epicenter of the American avant-garde. During these years of schooling he came in contact with artists such as Robert Rauschenberg, Jasper Johns and Robert Motherwell (who taught him at Black Mountain College). He fostered close relationships with some of his contemporaries (most notably Rauschenberg and Johns), but his acutely personal style meant that he was perpetually on the fringe of the art world.

Twombly traveled to Europe and North Africa with Rauschenberg (with whom he was intimately involved at the time) in 1952, before being drafted to the army the following year. Twombly returned to New York after receiving a medical discharge and worked in a studio near Rauschenberg and Johns (the three artists would become known for breaking away from the ideals of Abstract Expressionism and adopting their own distinct styles). Between 1953 and 1957, Twombly was regularly showing at Stable Gallery in New York before switching to Leo Castelli Gallery. His work during this time was mainly black and white, notably influenced by Franz Kline.

He sojourned again to Europe in 1957, and spent several months in Italy. Rome would remain his home base for the remainder of his life. Twombly's move to Italy wasn't simply a change of scenery, it was a distinct and deliberate turning away from New York, which had become an artistic epicenter due to the emergence of Abstract Expressionism. Rather than adopt the AbEx aspiration for an almost ahistorical viewpoint, Twombly's work was all-encompassing, embracing history, literature, language and setting, often combing words and images to evoke not only personal memories but a collective history. In Italy, his work became less gestural and more minimalist, as he was profoundly influenced by the Mediterranean light and the Classical history surrounding him.

This image, which harkens to Twombly's celebrated "blackboard" paintings from the late 1960s/early 1970s, so-called for their resemblance to a classroom chalkboard, was published in support of Art Cologne, or the Kölner Kunstmarkt, an international contemporary art fair established in 1967 and regarded as the world's oldest art fair of its kind. Bastian 28.
Set Alert for Similar Items 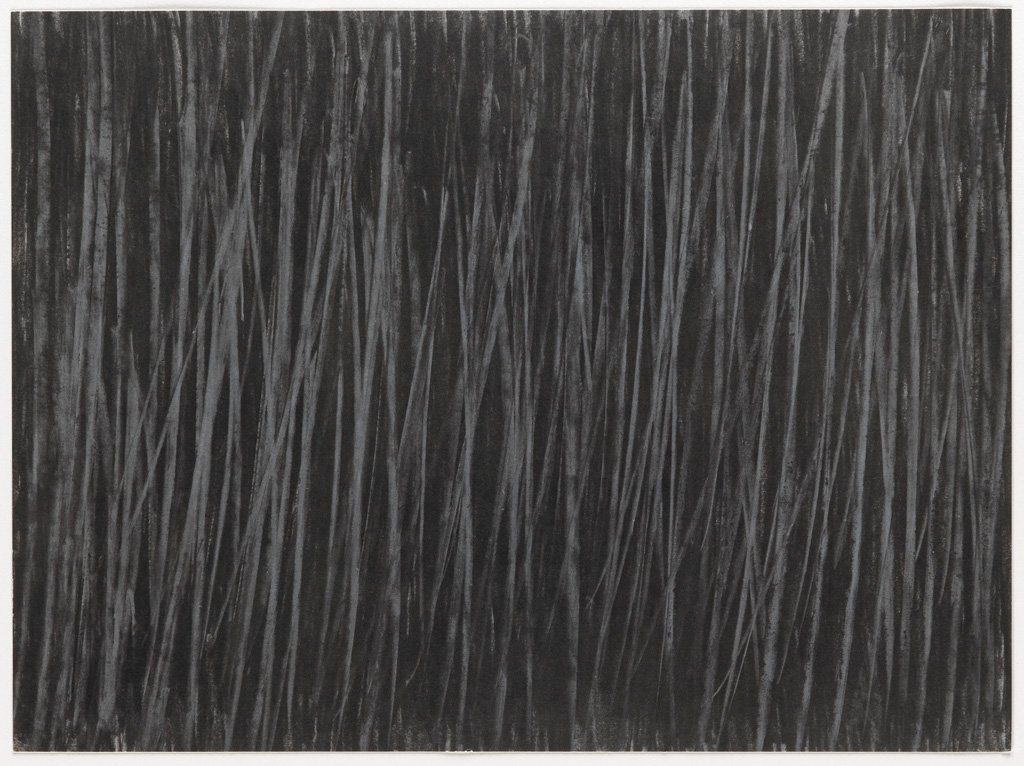