Small format manuscript on parchment, consisting of forty-one gatherings, mostly in quires of ten leaves [approximately 400 leaves]; first and last two signatures with seven leaves each (lacking presumed blank conjugates), without obvious signs of missing text; quire 38 with five leaves; all other quires with an even numbers of leaves [4, 8, or 10] and seemingly complete, based on the positioning of catchwords, rule of Gregory, and evidence of sewing thread at the center of the gathering.

The first six leaves contain a calendar of Carmelite use; text in two columns throughout, in a neat gothic hand, written in dark brown ink with some passages in red; capital strokes and two-line initials throughout decorated with pen tracery; catchwords at the foot of the verso of the last leaf of each quire throughout, centered at the foot of the page; one six-line gilt initial on a blue and green ground with gilt-decorated marginal floral extensions on folio 28, with the main incipit; thirty-three lines per page.

In The Turnbull Library Record, May 1971, vol. 4 no. 1, Christopher de Hamel describes a Carmelite Book of Hours held in New Zealand. (A copy of this publication is included in the sale of this lot.) Calendrical evidence gleaned from de Hamel's article aids in confirmation of the Carmelite attribution and date. At the opening of the text [folio 28 recto] the order is explicitly named.

"A Carmelite friar owned very few books. Soon after joining the Order he was given a book allowance which, at the end of his novitiate, he was to spend on his basic text, a Breviary. This book contained a fuller version of the Book of Hours. If there was any money left over from the purchase of his Breviary it might be spent on other books. A mendicant friar would not have been able to possess many books. The books he did own were his for life and could not be sold, given away, or pledged, and they were recoverable on his death by the convent where he said his first Mass. From here they could be redistributed again but only to those friars who would respect the gift and keep it within their Orders." (see de Hamel's article cited above.)
Set Alert for Similar Items 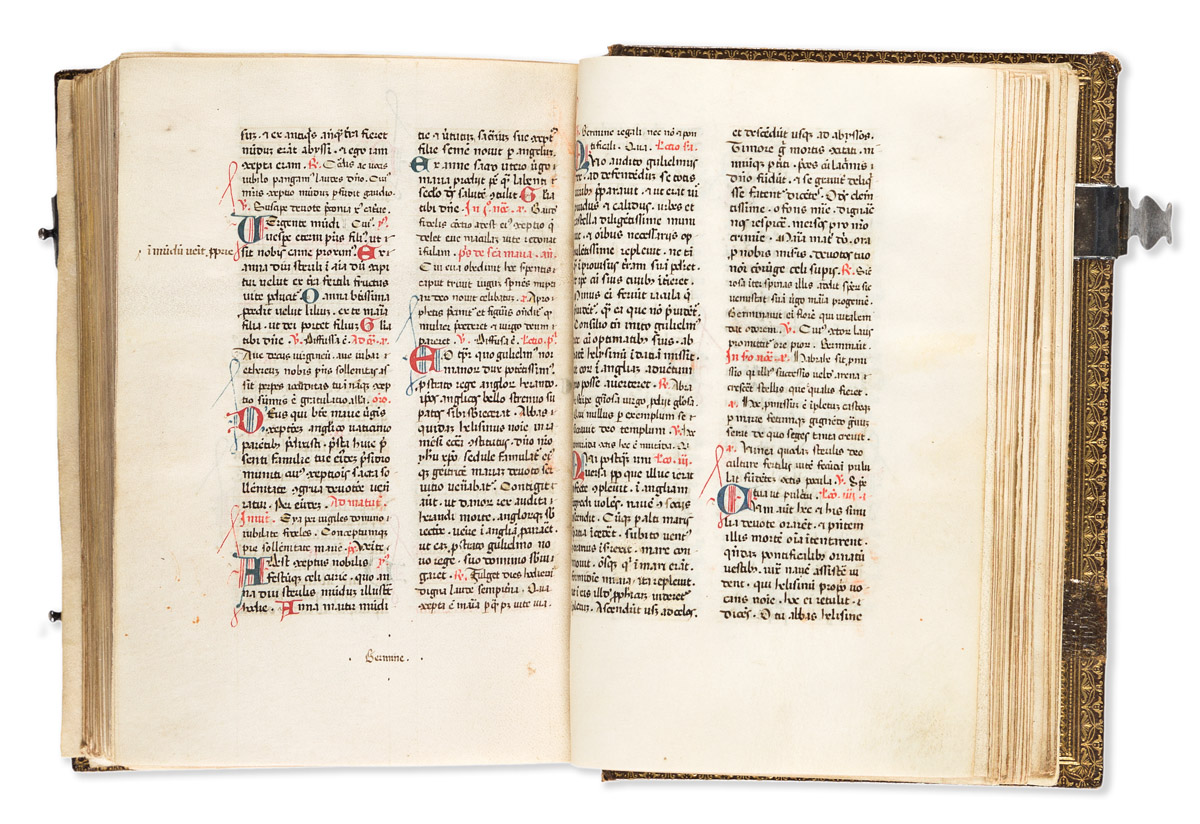