This work has a purported source in a Spanish romance titled Florando de Inglaterra, which, despite the mention of England in the title, takes place in Europe. And although the tale was never published on the Iberian peninsula, it does contain passages that seem to have reached Cervantes. An English translation by Anthony Munday (1553-1633) from Colet's French was published in London in 1588.

Brunet I 434 (Dallier issue); rare at auction; Worldcat locates seven copies of all issues and two copies in institutional libraries worldwide of this issue, at the Bodleian & the Beinecke. 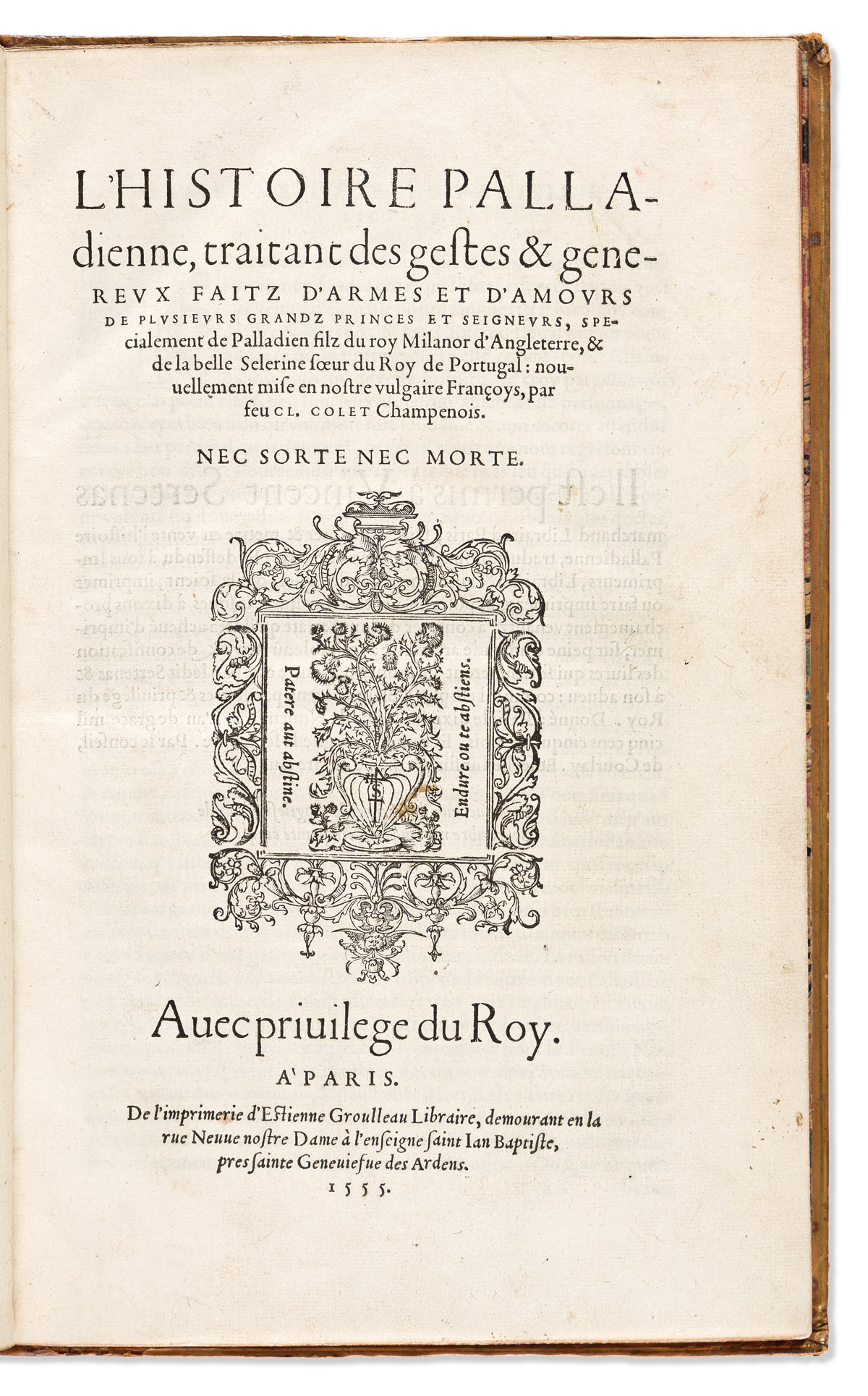