Provenance: gift from the artist, private collection, Washington, DC (1966). The artist gave this artwork to the owner as a wedding present in 1966. Both Hammons and the owner were roommates while students at Los Angeles Community College in 1964, and have remained friends. With another roomate, Thomas Branham, they shared an apartment in a building on Heliotrope Street directly across from the college.

This striking collage of a black man's fists clinched and raised upward and with shackled wrists is an important discovery, a significant precursor to David Hammons's important work with the figure, and his body prints of the late 1960s. The expressive and darkly outlined fists contrast greatly with the shackles which are comprised of only collaged shapes of the thin tissue-like paper and without any outline. Here we see the beginnings of Hammons' work in developing a black aesthetic around the body - making the black figure itself art. This image of a raised fist would reappear in Hammons' later works like Caution, body print with screenprint, circa 1971-72.

David Hammons had moved to Los Angeles in 1963. After a year at Los Angeles Community College, he transferred to Los Angeles Trade Technical College to study advertising and began taking night classes at Otis Art Institute. Hammons took an early interest in the figure - he took an evening drawing class taught by Charles White at Otis. In 1966, Hammons then enrolled full-time at Chouinard Art Institute (now the California Institute of the Arts), graduating in 1968. We believe this artwork is the earliest known work by David Hammons to come to auction.
Set Alert for Similar Items 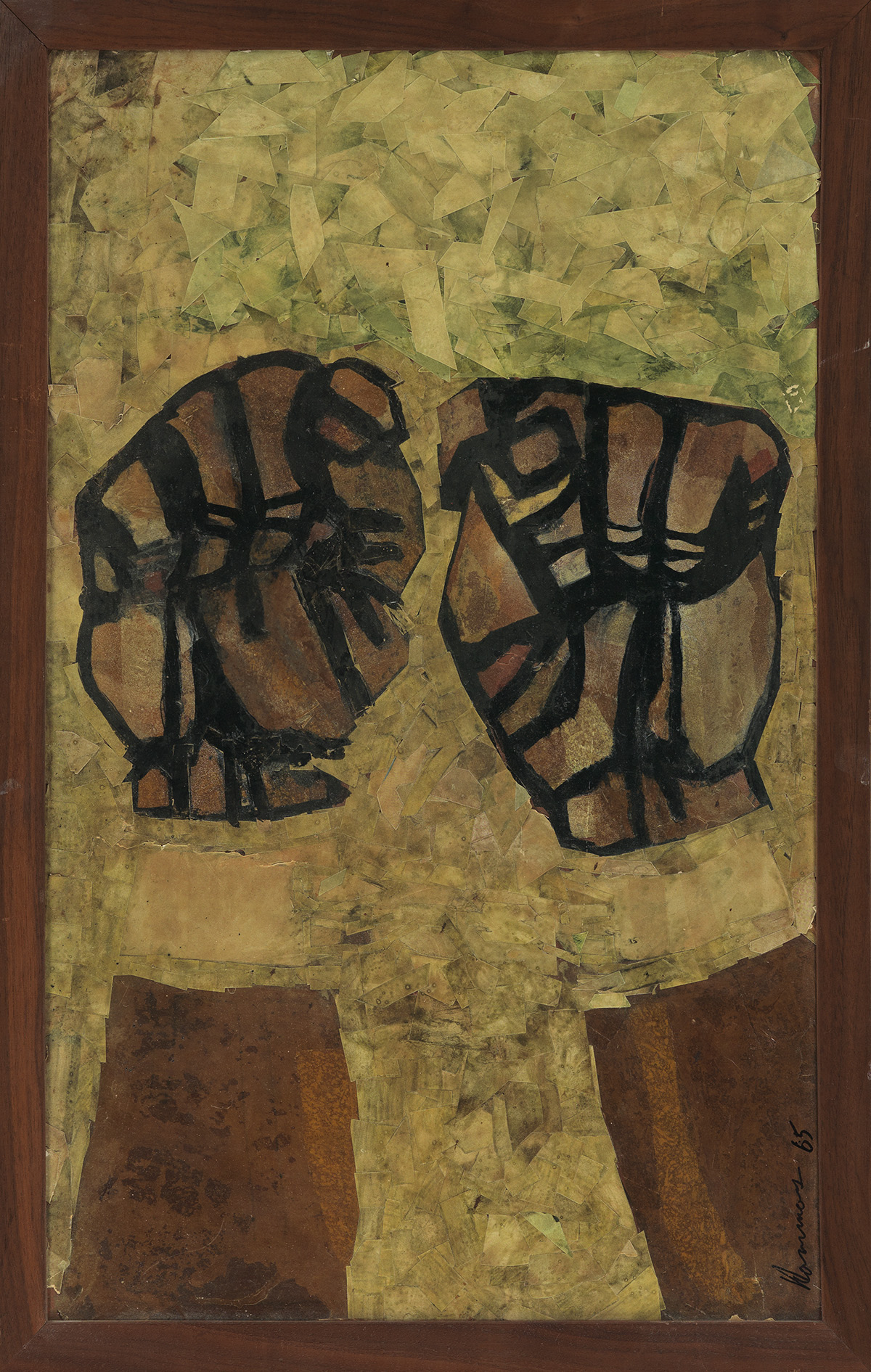