Sarah Suzuki, Curator, Department of Prints and Illustrated Books, The Museum of Modern Art, New York, and the curator of the Rock Paper Scissors exhibition of Abstract Expresionism at The MoMA, October 3, 2010-April 25, 2011, writes, "Smith (1906-1965) began making prints after taking classes at the Art Students League in New York. He made a series of linoleum cuts of his Brooklyn neighborhood in the 1920s, Surrealist-influenced etchings in the 1930s and 1940s, and a group of lithographs with Woodstock, New York–based printer Margaret Lowengrund in the 1950s, including this one. Don Quixote was actually Smith's first print, and has a great story behind it that underscores the sometimes-complicated chemistry of printmaking, and the fact that successful endeavors are often aided by quite a bit of luck. Lowengrund had just taken on an assistant, a young artist named Michael Ponce de Léon, who actually had no experience making lithographs. Ponce de Léon's first assignment was to assist Smith. The two men met, worked, chatted over beers, and when asked by Smith to proceed with the printing, Ponce de Léon couldn't bring himself to admit that he'd never printed a lithograph before. So he forged ahead, and without running water in the studio, improvised by printing with the copious amount of beer they had on hand."

According to Ponce de Léon, "When Margaret arrived ready to start the printing and was told that we had already printed the first stone she almost collapsed, and in great desperation she rushed out to the drying pile of our first prints only to discover to her great amazement that the whole edition was rather well printed. Without pulling any punches, Margaret gave me a blistering lecture and made me aware of all the innumerable disasters that could have taken place in the process. You are either the luckiest fool I have ever met or a born genius. Time will tell.'' Schwartz 30.
Set Alert for Similar Items 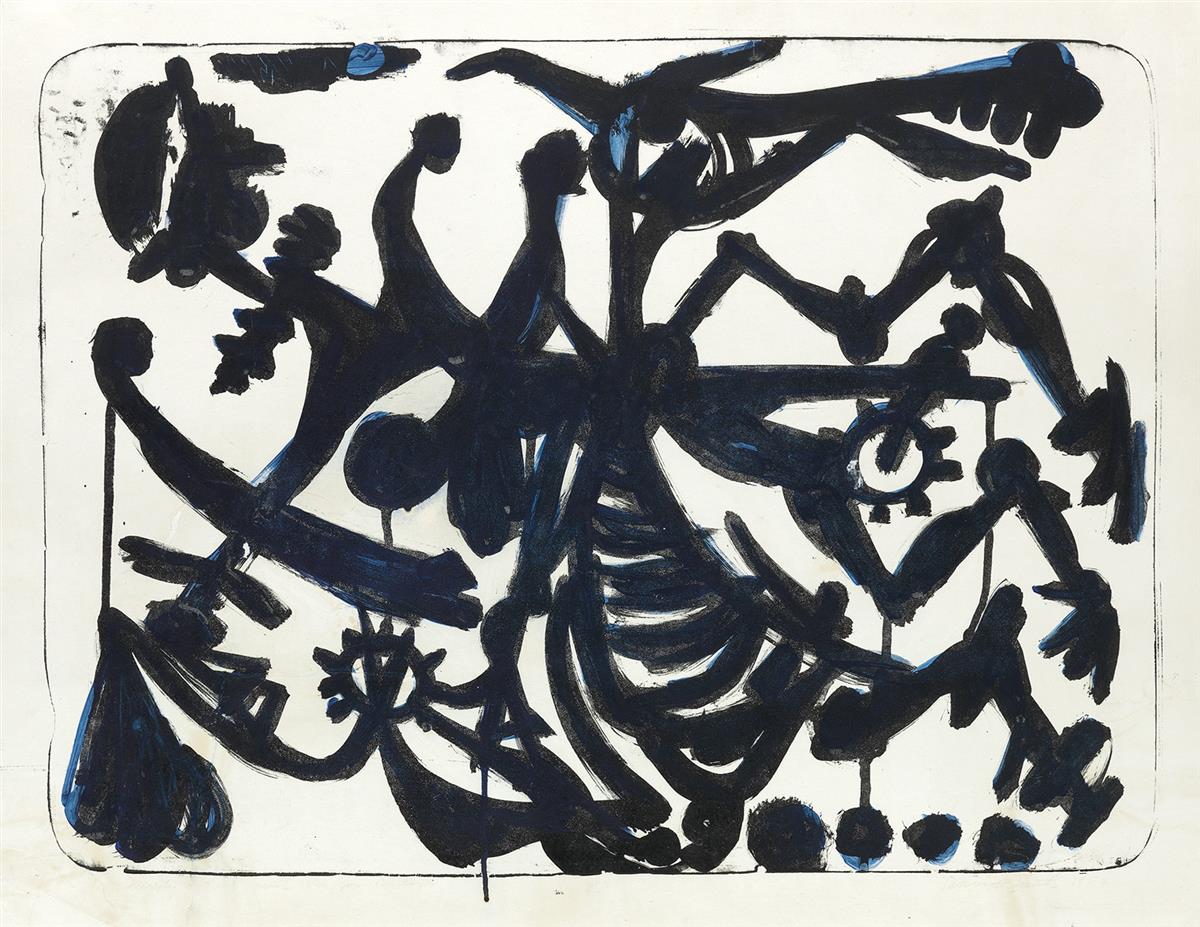