From the Collection of Thomas Curran, Curator of the Oakland Museum's History Department; to a Private Collector.

A letter of provenance accompanying the print indicates this photograph was among others acquired by Thomas Curran from General Graphics, the authorized printer of Lange's negatives.

Dorothea Lange's transition to documentary photographer coincided with the beginning of the Great Depression. She had initially operated a successful portrait studio in Oakland, California, and recalled seeing men wandering below her studio window, adrift and aimless. In response, she took her camera outside. Her impulse to make portraits, to document the unemployed, the desperate, and the affected from a humanist point of view would never diminish.

Though her initial images were made without any clear purpose, Lange hung the prints in her studio. Images soon began to appear in print, first in Survey Graphic, a social welfare journal. Subsequently she would also be associated with the California Emergency Relief Administration and the Farm Security Administration. Roy Stryker, the head of the documentary project at the FSA, was so impressed by Lange's photographs that he expanded the role of photography in the agency's efforts to provide relief.

Lange herself believed deeply in the camera's potential to effect change and to powerfully illustrate injustice and inequalities. Her images are both deeply empathetic and deeply outraged, and her methods—open, instinctual, responsive, and intimate—created some of the most enduring and iconic images from the period. "Open yourself as wide as you can, like a piece of unexposed, sensitized material," she wrote.

This powerful photograph of a police officer monitoring a large crowd of protesters reflects the social and political unease of the period. The officer's watchful authority and imposing form—exemplified by his gleaming badge—partially obscures the graphic placards and crowd behind him, though not the young man at the right edge of the frame, who seems to gaze at Lange herself. 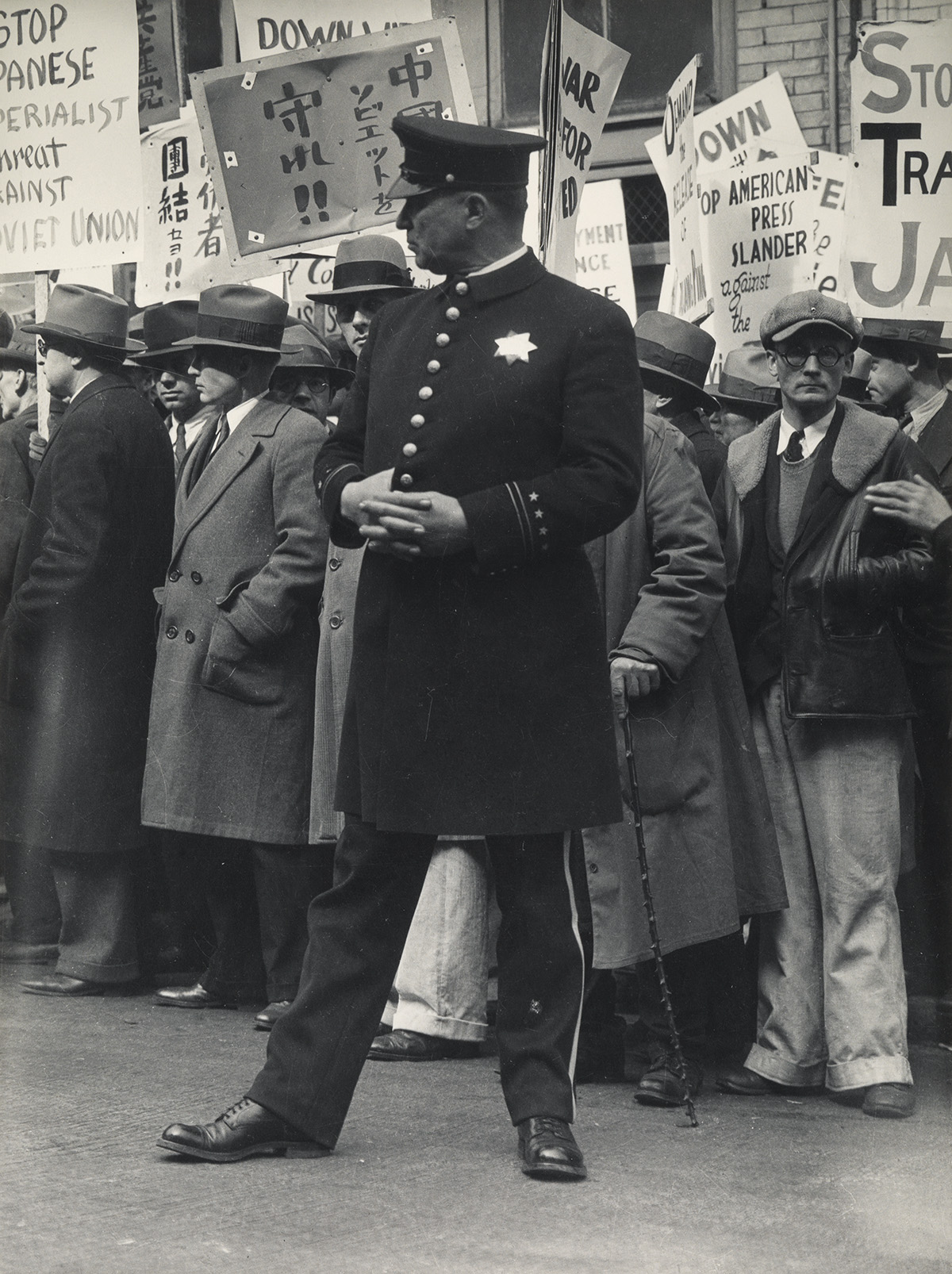