Acquired from the family of the artist by the Houk-Friedman Gallery, New York, New York; to a Private Collector.

Dorothea Lange's early days as a documentary photographer coincided with the beginning of what would become the Great Depression. She opened a portrait studio, in Oakland, California, and recalled later seeing men wandering below her studio window, adrift and aimless. In response, she took her camera outside too. Her impulse to make images, to document the unemployed, the desperate, the affected, would never diminish.

The 1934 General Strike in San Francisco depicted here was not the first protest Lange photographed, but she made these images (and hung them in her studio) not quite knowing how or for what the images might be used. Soon, though, her photographs would begin to appear in print, first in Survey Graphic, the social welfare journal Paul Taylor, her second husband, worked for. Soon after, she would also be associated with the California Emergency Relief Administration and the Farm Security Administration. Lange's methods--open, instinctual, responsive, and intimate--created some of the most enduring and iconic images from the period. "Open yourself as wide as you can, like a piece of unexposed, sensitized material," she wrote. In turn, her photographs opened up the viewer, and still today they resonate.

This powerful photograph of a police officer reflects the social and political unease of the period. The officer appears relaxed, but his watchful authority (perhaps exemplified by his gleaming badge and partially obscured stern profile) lends a sense of tension to what is otherwise a street portrait of working men engaged in what seems to be quiet, crowded protest. The bold placards reflect bold slogans as well as the community's diverse ethnicity. 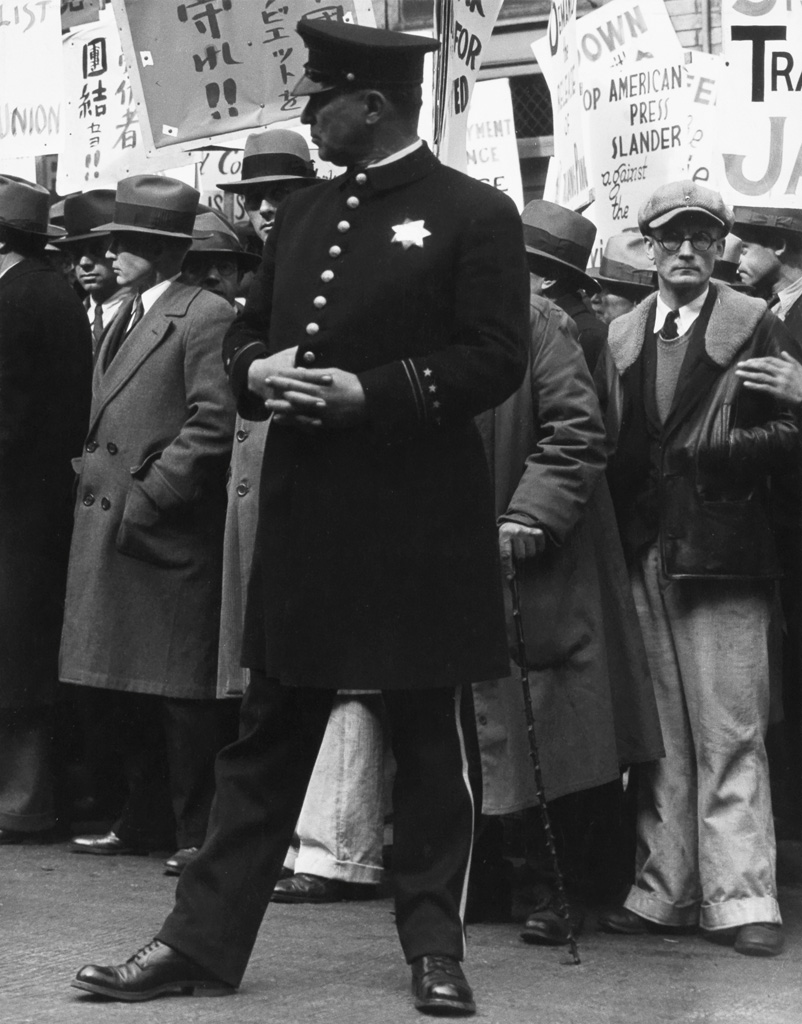