Acquired from Paul M. Hertzmann, San Francisco in 2011; to a Private California Collector.

Dorothea Lange believed strongly in the camera's ability to effect change and powerfully illustrate injustice and inequalities. Her images are both deeply empathetic and outraged, and her methods--open, instinctual, responsive, and intimate--created some of the most enduring and iconic images from the period. "Open yourself as wide as you can, like a piece of unexposed, sensitized material," she wrote.

In 1934, Lange attended a longshoreman strike in San Francisco. This impactful photograph of a police officer monitoring a crowd of protesters reflects the social and political unrest of the period. The officer's stiff pose and towering form partially obscure the placards and crowd behind him, though the young girl at the left of the frame gazing directly at Lange creates an intimate moment of human connection and understanding.

In a critique about her work, fellow photographer Willard Van Dyke stated "Unlike the newspaper reporter, she has no news or editorial policies to direct her movements; it is only her deeply personal sympathies for the unfortunate, the downtrodden, the misfits, among her contemporaries that provide the impetus for her expedition." (Camera Craft, October 1934) 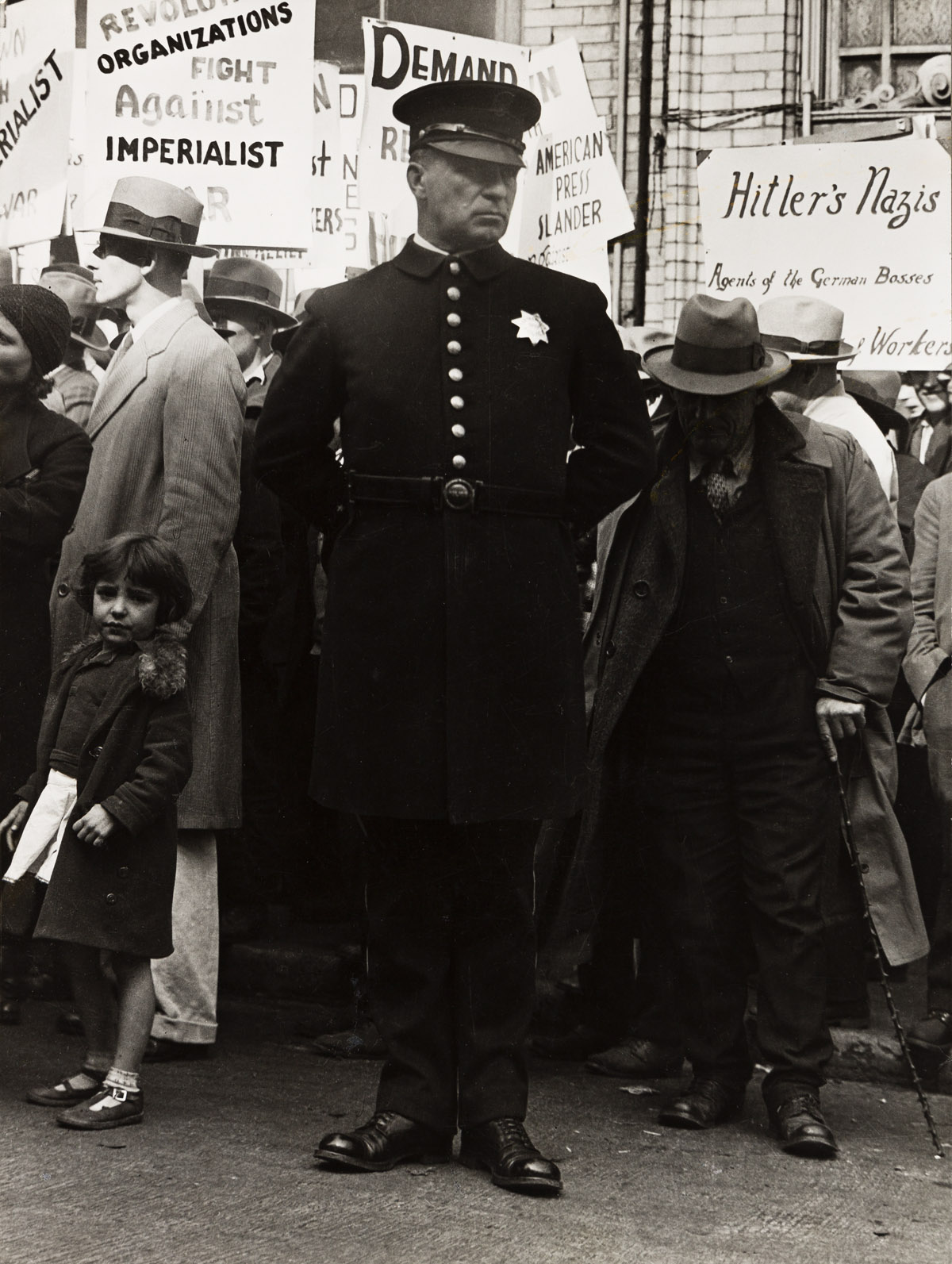