Dehner (1901-1994) initially came to New York by way of California, to pursue acting and dance, which she studied at the University of California, Los Angeles. She enrolled at the American Academy of Art in New York, but her travels in 1925 throughout Europe, where she was introduced to works by Picasso and Matisse, convinced her to change course and pursue a career as an artist.

She studied for several years at the Art Students League and there met the American modernist sculptor David Smith (see lots 14 and 15), whom she married in 1940. She exlpored more progressive art forms similar to Smith's interests, adhering to abstract and cubist tendencies rather than representational imagery.

The couple moved to Bolton Landing, in upstate New York, where, gradually Dehner's art became secondary to her duties as a wife (her painting series Life on the Farm and a group of black ink drawings she called the Damnation Series, mid-1940s, serves as a psychological reflection of the mundanity of her life then). Their marriage was deteriorating at Bolton Landing; they separated in 1950 and divorced a year later. Subsequently, Dehner fully resumed her career as an artist, studying printmaking at Atelier 17 and returning to painting and sculpture with renewed creative energy.
Set Alert for Similar Items 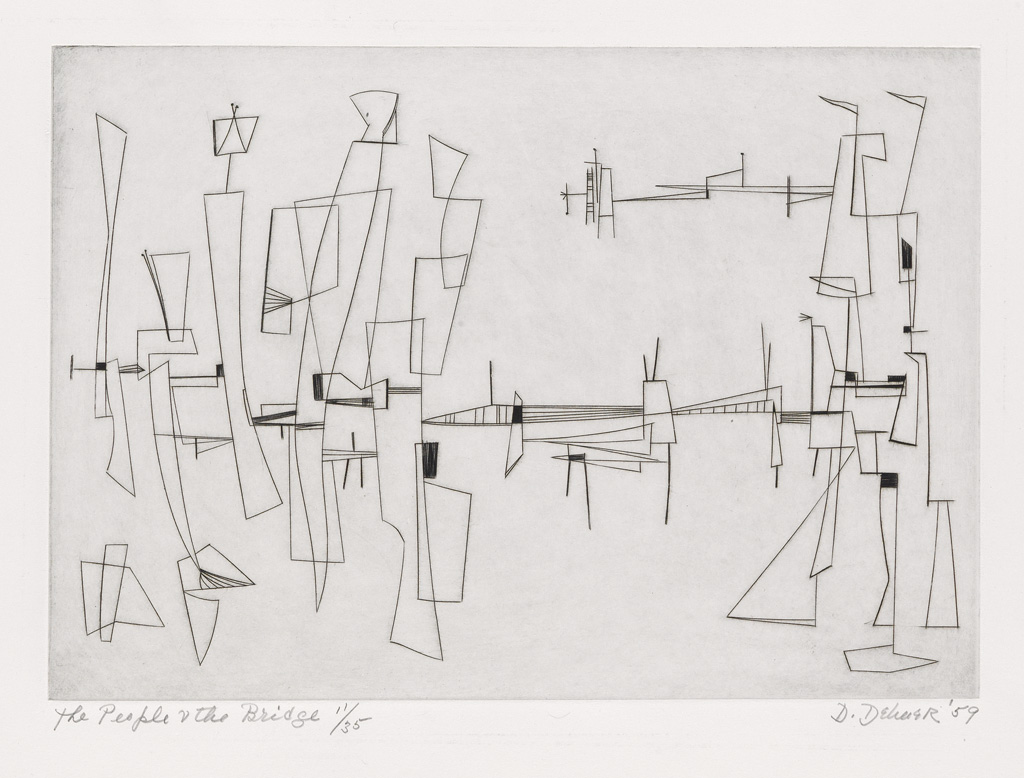