London: Printed by Tho[mas] Leach and are to be sold by Isaac Pridmore, 1659.

First edition in English, [pi]2, (A)1, A4, A*2, B-C4, D3, E-O4, P3; illustrated with engraved frontispiece, title page printed in red and black, with an additional forty-two full-page engravings, some printed on text leaves, others on leaves extraneous to the collation, making for a confusing collation, rarity makes comparison to other copies challenging, bound in later boards, joints cracked, ex libris Richard Tempest with contemporary inked ownership inscription to title and 19th century bookplate of Stephen Tempest inside front board; contents good, 7 1/4 x 5 1/4 in.

The book was first written in French under the title, Maniere Universelle pour Pouser L'Essieu, by Abraham Bosse, who produced the engravings. The title's authorship was attributed to Bosse in Wing, which has subsequently been revised.
Set Alert for Similar Items 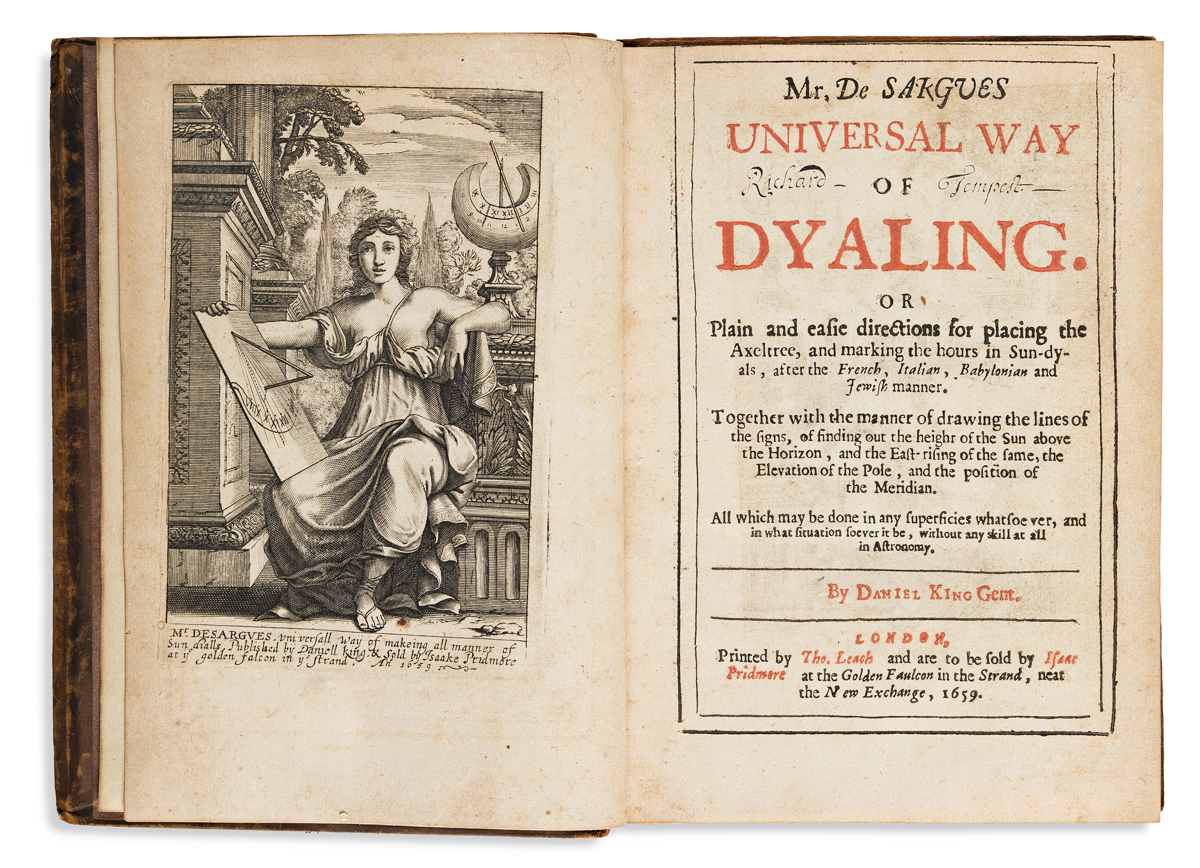