Including one autograph letter signed; four typed letters signed (including one with a very long handwritten note); two telegrams; four unsigned typed letters; a typed carbon copy of a nine-page letter to John Thomas Pratt (1911-1986) written from Tokyo in October of 1957; a card announcing Dunham's Habitation Leclerc in Port-au-Prince, Haiti; [and] two hand-addressed envelopes from 1956 with Dunham's name in her own hand in full with her address at the Tivoli Theatre in Sydney, Australia; sizes vary, in all sixteen pieces.

Other than the carbon of the letter to Pratt, all other correspondence is directed to Dorothy Gray Breed (1922-1976), Dunham's assistant and friend. The two referred to themselves charmingly as "Dorf" and "Calf," which is how Dunham signs her letters. Letters to Gray are consumed with the daily struggles of setting contracts for the dance company while on a series of international tours. They are exhaustively detailed. Some personal notes appear as well, but it's mostly business.

The long 1957 letter to her husband written from Japan is different. Composed at the end of a bitterly disappointing tour (financially and emotionally), Dunham is also not well physically. She has just lost her stepmother, really the only mother she knew, and is struggling to pay her company and get them travelling. In Japan she lives in an attic and tries her best to pick up the pieces. She hopes to sell a valuable necklace in Paris, and despairs that the 18 tons of gear belonging to the troupe may be sold at auction for want of the storage fees. Dunham ended up spending a year in Japan, writing and healing. She wrote A Touch of Innocence, her childhood memoir, during this period. Even when writing about contracts and finances, or at this emotional low point, Dunham's skill with words is on display.

"The company and every fact of it needed and will need if it does operate again only the good and positive, only the hopeful and careful and nourishing, to it and especially to me, not because I'm me or feel myself to be special or apart or better, but because I do represent original knowledge and investment in so many ways. [...] To what good then painful destruction, unkind criticism, conflict, grief, heartache, personal insecurity, embarrassment, often disgrace, I say to myself many times during the night, why - why."
Set Alert for Similar Items 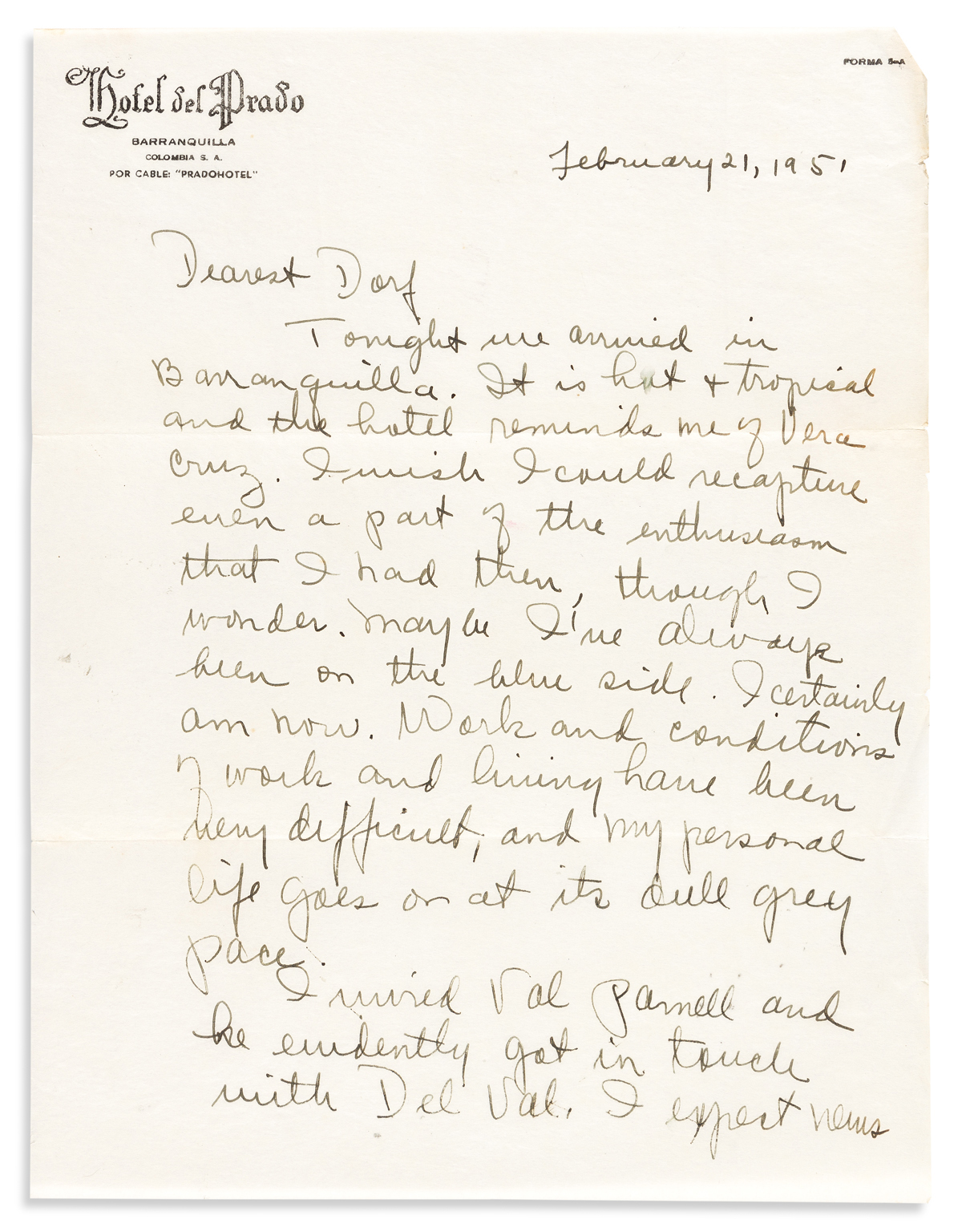