Single sheet of wove paper stained yellow and printed with images of twenty saints and others, including a crucifixion and a Madonna with child titled, "Maria Zell"; printed in copper-colored ink within a heavy border, the sheet uncut, with a central fold, some oxidation to metallic ink, spotting, 16 1/2 x 13 1/2 in.

The Austrian attribution of this sheet is speculative, as most of these papers were produced in Germany. However, the woodcut titled Mariazell may be a reference to the Austrian city of that name. Other saints depicted include Florian, George, Joseph, Francis, Thomas, John, Barbara, Anna, Thecla, Nicholas, Ursula, Theresa, Elizabeth, Catherine, Jacob, Stephen, Paul, and Peter.
Set Alert for Similar Items 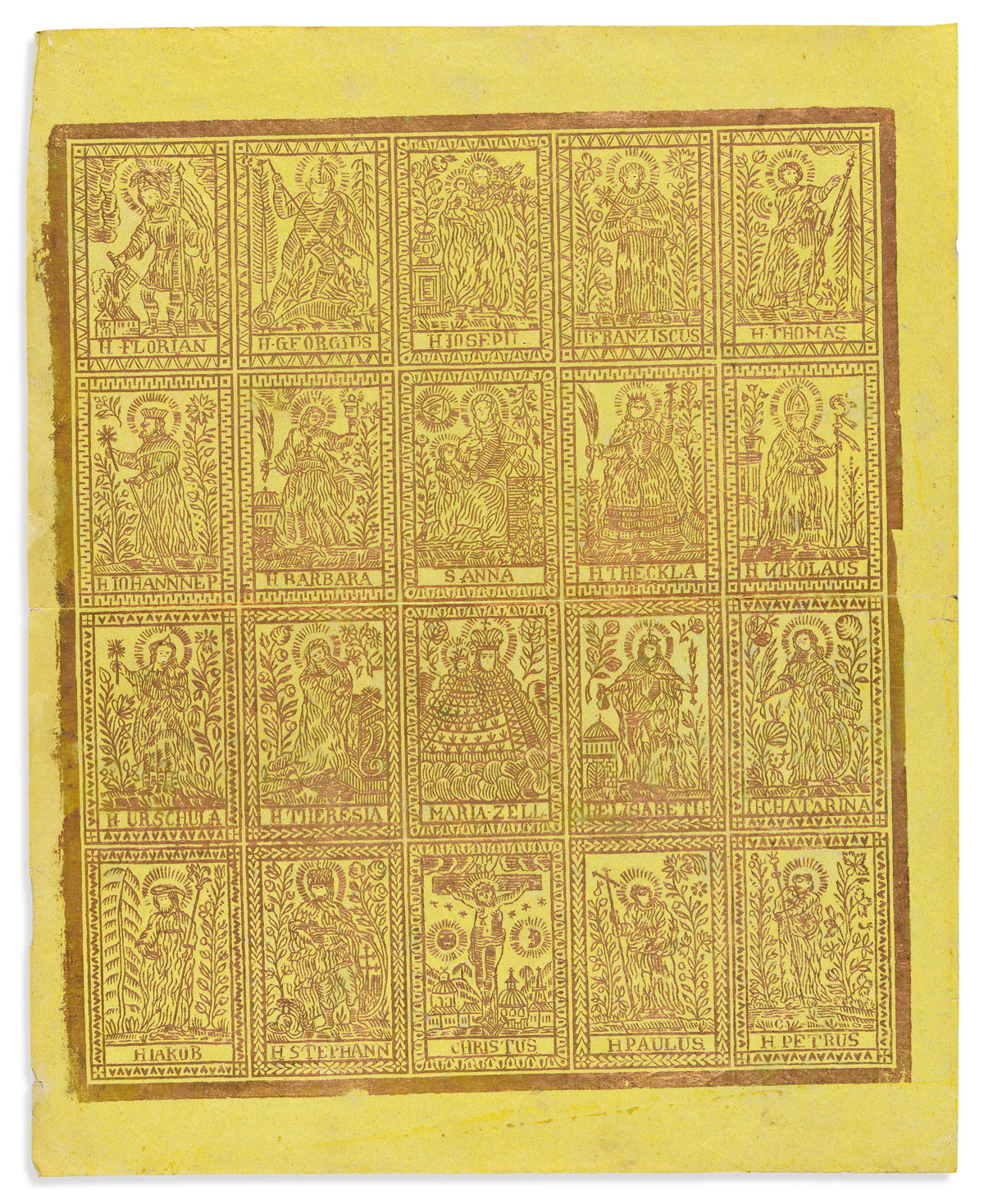