Two quarto-format autograph books containing mainly short sentimental verses and signatures of friends and relatives, one belonging to a person named Thamison, the other owned by someone only identified as Mary; in this album, signature pages with Lizzie Dutton's signature also include those of her sister, Mary F. Dutton; her brother, James B. Dutton; and two Steer cousins, Mary & Frances; one with limp speckled paper covers, the other in full gilt-stamped period brown morocco, rubbed, sizes vary. (2)

Dutton, along with her sisters, established a pro-Union literary society in their town of Waterford, VA before the Civil War broke out. Empowered by parents who believed in the education of girls, free-thinking, and Quaker precepts, they started a political newspaper to express their views at the outbreak of the war. While only in their early twenties, they were forced to smuggle the manuscript material that they composed over the Potomac River to Baltimore, where a friend of their father's printed up The Waterford News. They published eight issues of the paper between 28 May 1864 and April of 1865, even expressing dismay in print at Grant's assault on their town. "We do not believe, if our Government had been as well acquainted with us as we are with ourselves, the order for the recent burning would have been issued; but having suffered so much at the hands of the Rebels since the commencement of this cruel war, we will cheerfully submit to what we feel assured our Government thought a military necessity."
Set Alert for Similar Items 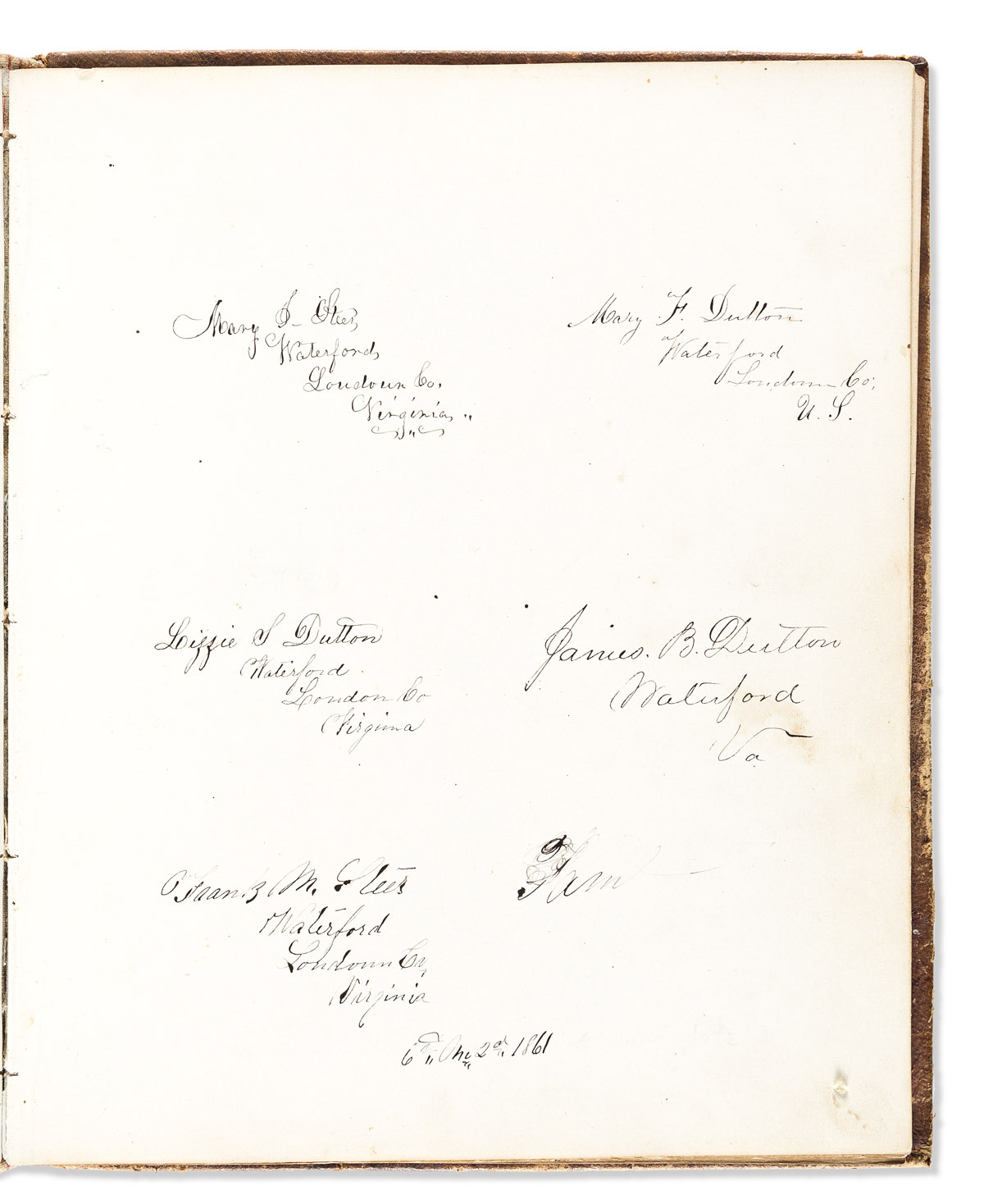