Exhibited: Cape Cod Art Association, Hyannis, MA, September 2-29, 1961, with a typed label on the frame back.

This abstraction is the first recorded artwork by painter and graphic artist Earl Miller to come to auction. The Chicago-born artist studied at the Pratt Institute of Art with Richard Lindner and at the Brooklyn Museum Art School with Reuben Tam from 1954-1956. Miller exhibited in 1960 and 1961 at the Phoenix Gallery, New York, before living and exhibiting throughout Europe, including Germany, Spain and Scandinavia. After returning to the New York art scene, he was one of the younger members of the Spiral Group, joining his mentor Charles Alston in 1963. The Spiral collective of African-American artists came together in New York City in the 1960s to form a unified artists' response to the Civil Rights struggle. In addition to Miller and Alston, it included artists Emma Amos, Romare Bearden, Reginald Gammon, Felrath Hines, Alvin Hollingsworth, Norman Lewis, Richard Mayhew, Merton Simpson, Hale Woodruff and James Yeargans. Miller went on to teach art at the University of Washington, Seattle from 1969.
Set Alert for Similar Items 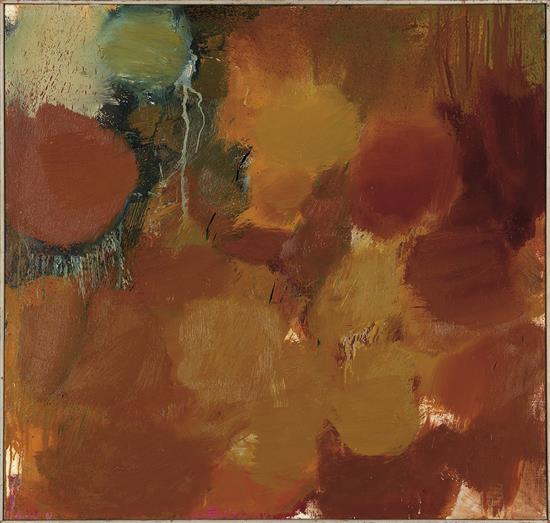