Etching and aquatint, circa 1879-80. 160x215 mm; 6 1/4x8 3/8 inches, full margins. Fifth state (of 5). One of approximately only 8 impressions in this state printed by the artist (from a total of approximately only 14 impressions printed by the artist in all 5 states combined). With the artist's estate ink stamp (Lugt 657, verso, faded and visible in relief). Ex-collection Gross, partial ink stamp verso (not in Lugt); and Kaspar Gallery, Toronto, with the label on the frame back. A brilliant, richly-inked, early impression of this extremely scarce etching, with strong contrasts, inky plate edges and all the details distinct.

We have not found another lifetime impression at auction in the past 30 years. Reed and Shapiro cite lifetime impressions of the fifth state at the Albertina Museum, Vienna; the British Museum, London; the Cantor Art Center, Stanford University, Palo Alto; and private collections in Boston and Bern.

According to Reed and Shapiro, "The sense of intimacy and voyeurism as well as the treatment of these voluptuous figures probably derive from the monotypes of brothel subjects that Degas (1834-1917) began to execute as early as 1876. The composition of Loges d'Actrices relates to that of a number of the monotypes Degas made to illustrate Ludovic Halévy's La Famille du Cardinal, two novellas about the fictional Cardinal daughters, Pauline and Virginie, who were ingenue ballet dancers at the Paris Opéra. Degas' handling of the complex spatial arrangement in this print, with its division into vertical panels, is much the same as that in the Cardinal monotypes, in which backstage corridors and dressing-room doorways are depicted. Moreover, for this etching and for these monotypes Degas used daguerreotype plates of the same dimensions." Detil 28; Adhémar 31.
Set Alert for Similar Items 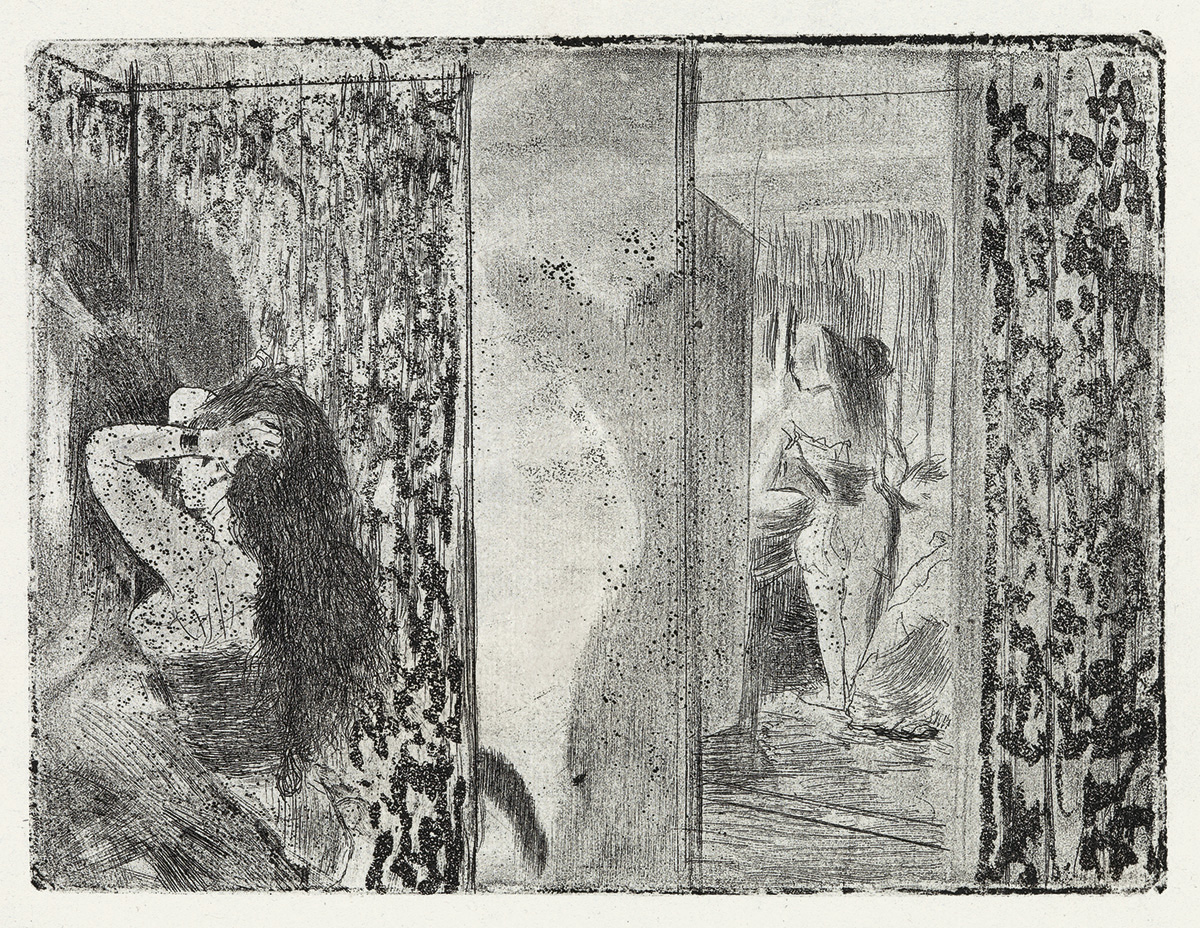