The tale of Bluebeard is the classic - and horrific - cautionary tale of greed and betrayal, written by Charles Perrault, the 17th century master of the fairy and folk tale genre. The story opens with the newly married Fatima living in the grand palace of her husband, Bluebeard, who allows her every domestic pleasure with one condition: she is never to open a particular locked closet. One day, however, Fatima's curiosity gets the best of her. She grabs the key the moment he's away and discovers the gruesome hidden secret behind the mysterious door: a room full of the murdered corpses of his former inquisitive wives. Terrified, she shuts the door and remains silent about her transgression, but when the enraged Blue Beard discovers the bloodied key to the door, he vows to add her to his collection for lying to him. In this painting, Dulac masterfully captured the dramatic moment when Fatima's brothers come to her rescue and attack her vengeful husband just before he is about to behead her. His composition sets the viewer at the corner of the tower room, offering us Fatima's perspective, rather than a close-up frontal one, demonstrating his command of mood and mystique.
Set Alert for Similar Items 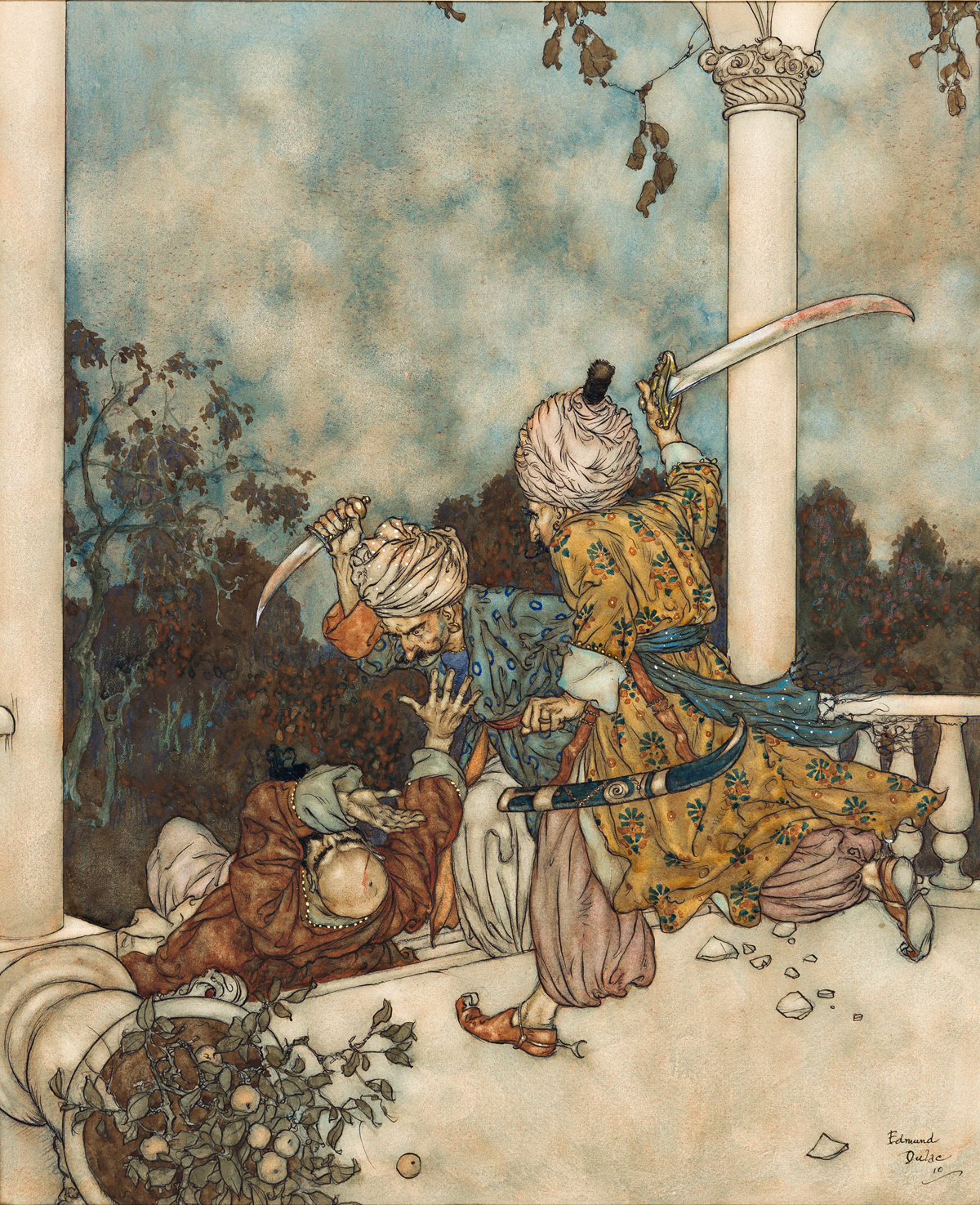 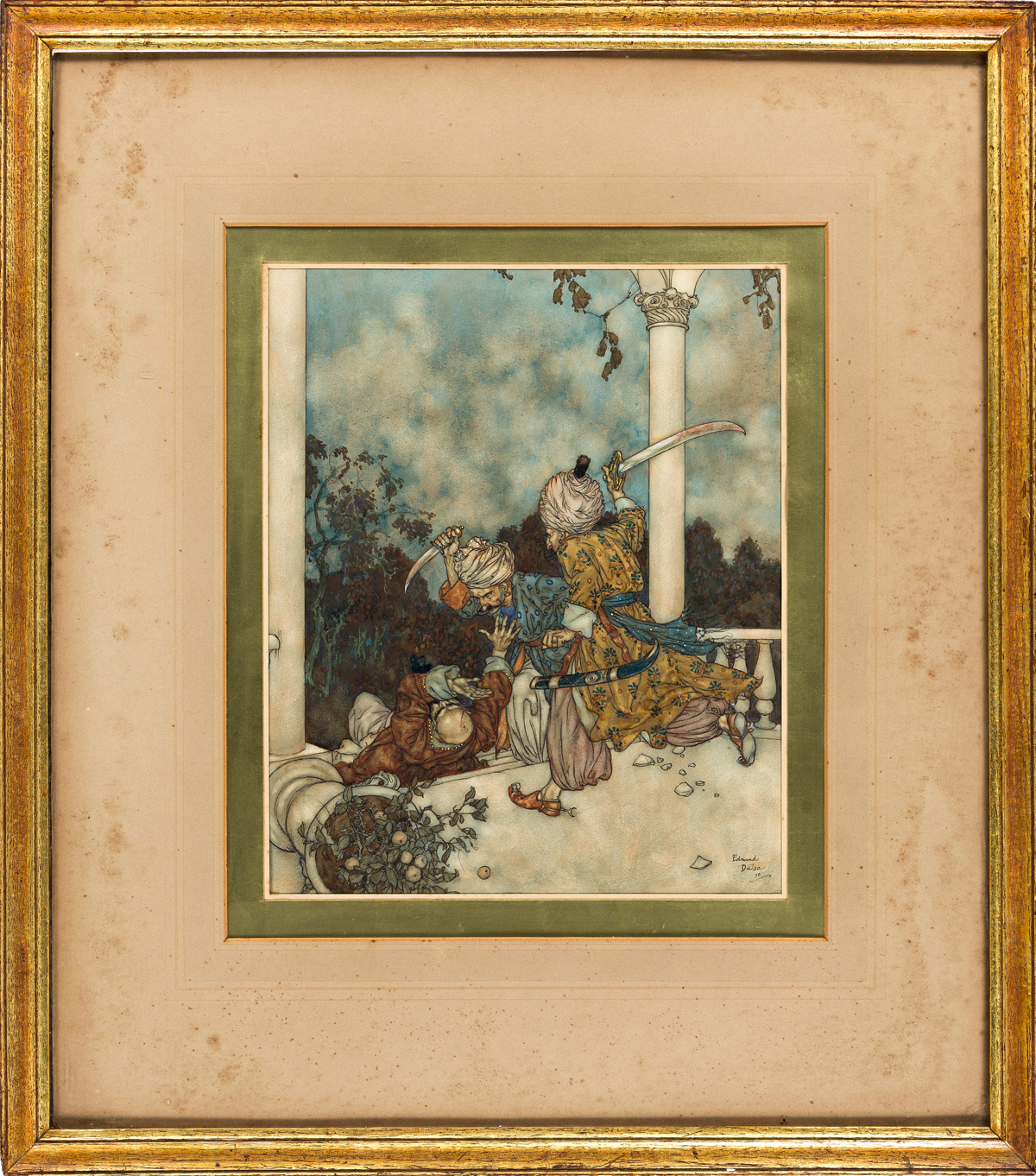