This double-sided sheet of drawings by Hopper (1882-1967) appears to have four distinct though perhaps related studies. The drawing upper recto represents figures in an interior, possibly a dance hall. The composition, with the figures in front of the wall and row of windows that recede diagonally from lower left to upper right, recalls Hopper's etching, House Tops, 1921 (Levin 79). The study lower recto shows a building exterior with a suggestion of clouds in the background and most likely a separate architectural detail. The verso is also bisected with two drawings: above is an interior study, possibly a theatre or dance hall, and below a geometric, architectural detail.

Hopper's artistic process involved the creation of numerous sketches ranging from quick compositional ideas to small details in the pictures. Hopper once noted, "I make various small sketches, sketches of the thing that I wish to do, also sketches of details in the picture." For his iconic oil painting Nighthawks, 1942, Hopper created many small scale sketches and storyboards, focusing on details from the hands of the man holding a cigarette to the coffee urns on the cafe counter top. After creating a multitude of sketches, Hopper made a final study of all the elements together before embarking on the final oil painting.
Request Condition Report Set Alert for Similar Items 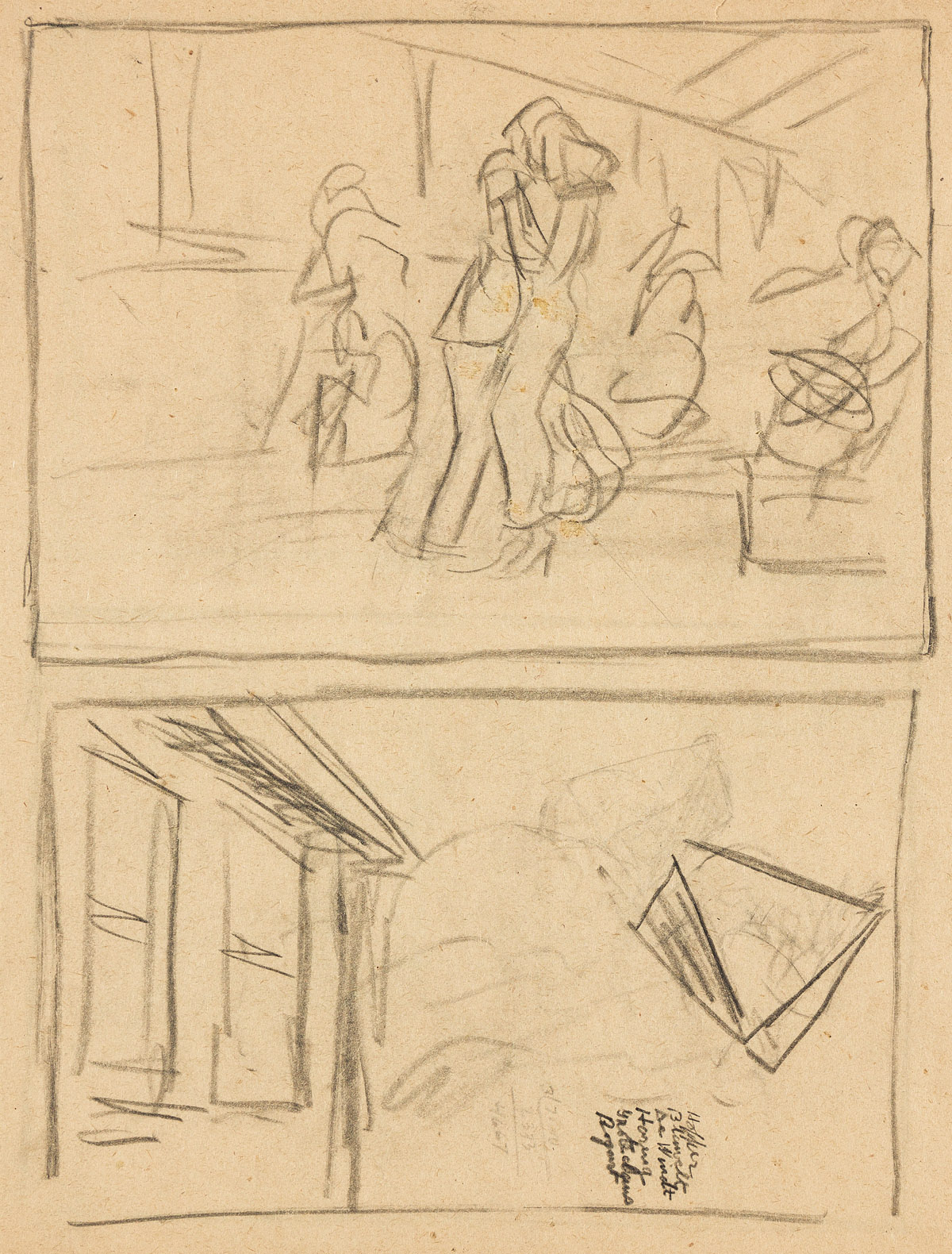