Hopper (1882-1967) made numerous similar nautical studies as an aspiring young art student and in his early years as an illustrator. Many of these drawings are now in the collection of the Whitney Museum of American Art, New York (Josephine N. Hopper Bequest). Growing up on the Hudson River, in Nyack, New York, Hopper had a frequent glimpse of the ship building yards in and around Nyack as well as the busy shipping traffic on the river itself, in addition to what appears to have been an insatiable interest in ships and the sea from the multitude of early drawings he made of these subjects. His first signed oil painting, from 1895, depicts a Rowboat in a Rocky Cove, and among his most accomplished early oils is Ships, circa 1898, now in the collection of the Foosaner Art Museum, Melbourne, Florida, which he copied from a painting by the American artist Edward Moran (1829-1901).
Set Alert for Similar Items 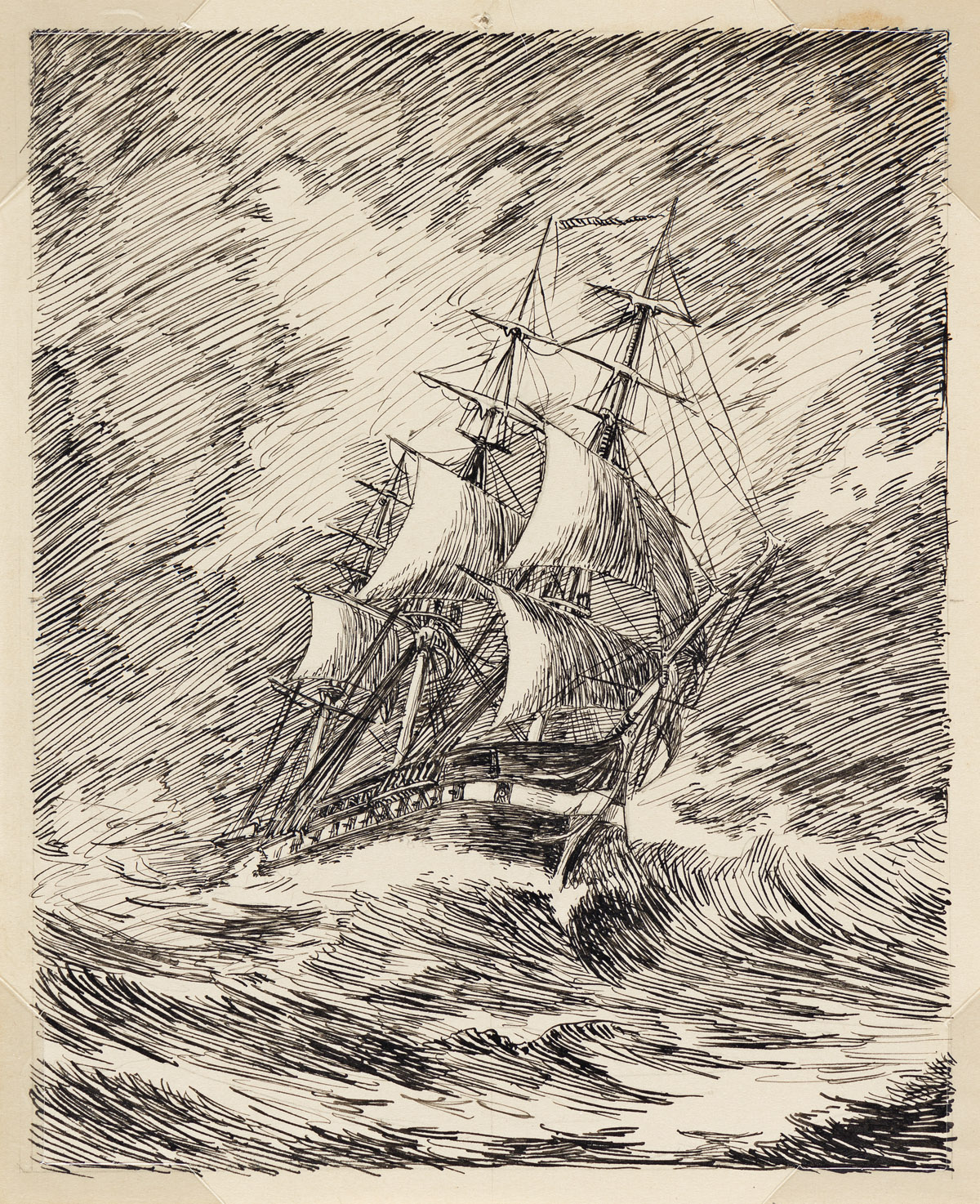