Hopper (1882-1967) made numerous similar pen and ink portrait studies around the turn-of-the century, while he was progressing toward working professionally as a freelance illustrator, many of which are now in the collection of the Whitney Museum of American Art, New York (Josephine N. Hopper Bequest).
Set Alert for Similar Items 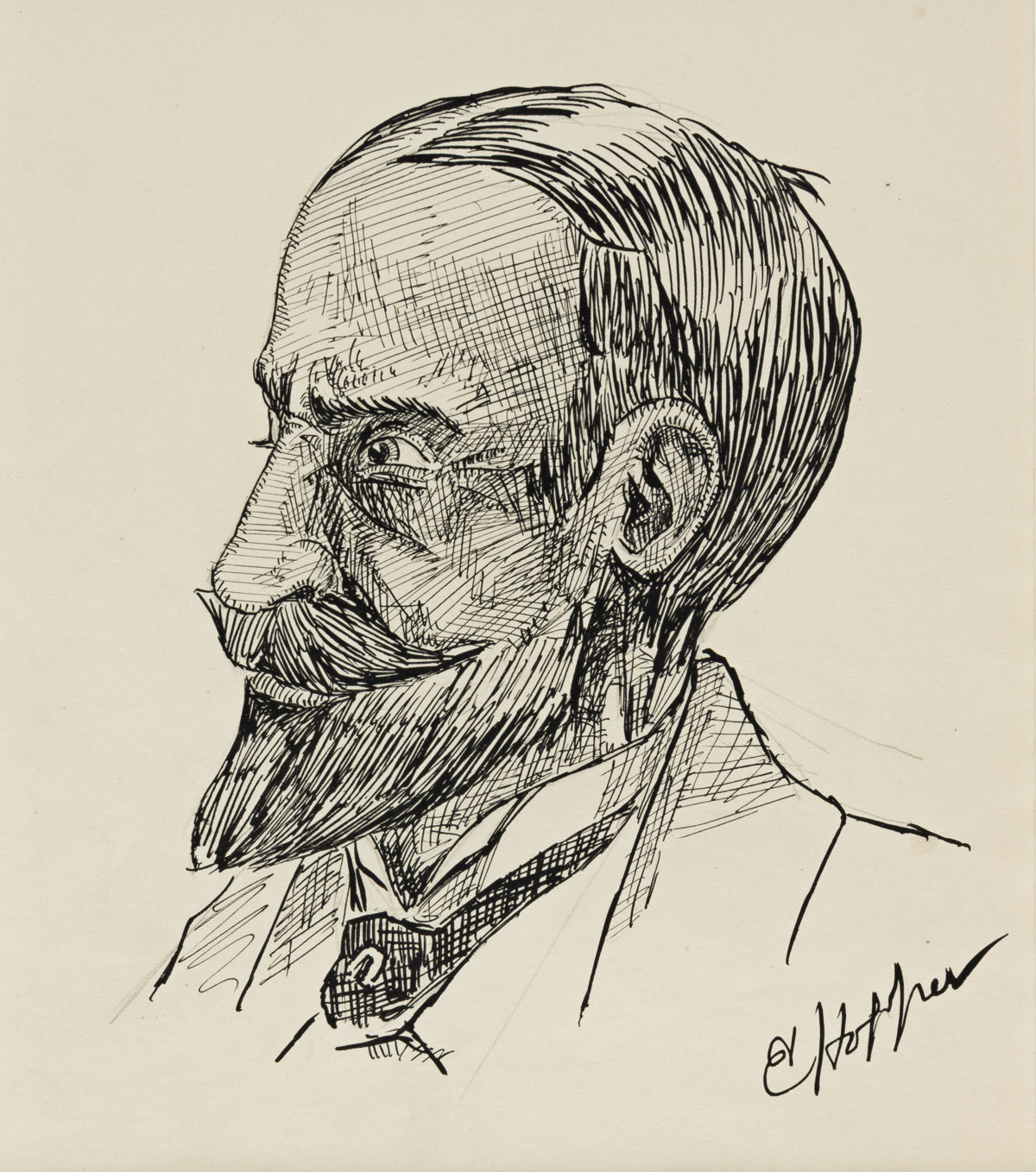