Hogencamp Mountain, now within Harriman State Park, is twenty miles northwest of Hopper's boyhood home in Nyack, New York. This is among the largest, most developed ink landscape drawing by Hopper (1882-1967) from the early decades of his career and likely drawn from nature that we have located. There is another, Study of a Forest with Stream, pen and ink, circa 1899-1906, now in the Whitney Museum of American Art (Josephine N. Hopper Bequest), New York, as well as Camp Nyack, Greenwood Lake (a location slightly southwest of Hogencamp Mountain), pen and ink, 1900, that sold at Christie's, New York, September 28, 2010, lot 45.

In a letter he wrote to an editor in 1935, recalling his early artistic pursuit, Hopper noted, "In every artist's development the germ of the later work is always found in the earlier. The nucleus around which the artist's intellect builds his work is himself; the central ego, personality, or whatever it may be called, and this changes little from birth to death. What he was once, he always is, with slight modification. Changing fashions in methods or subject matter alter him little or not at all," (Levin, Edward Hopper as Illustrator, New York, 1979, page 1).
Set Alert for Similar Items 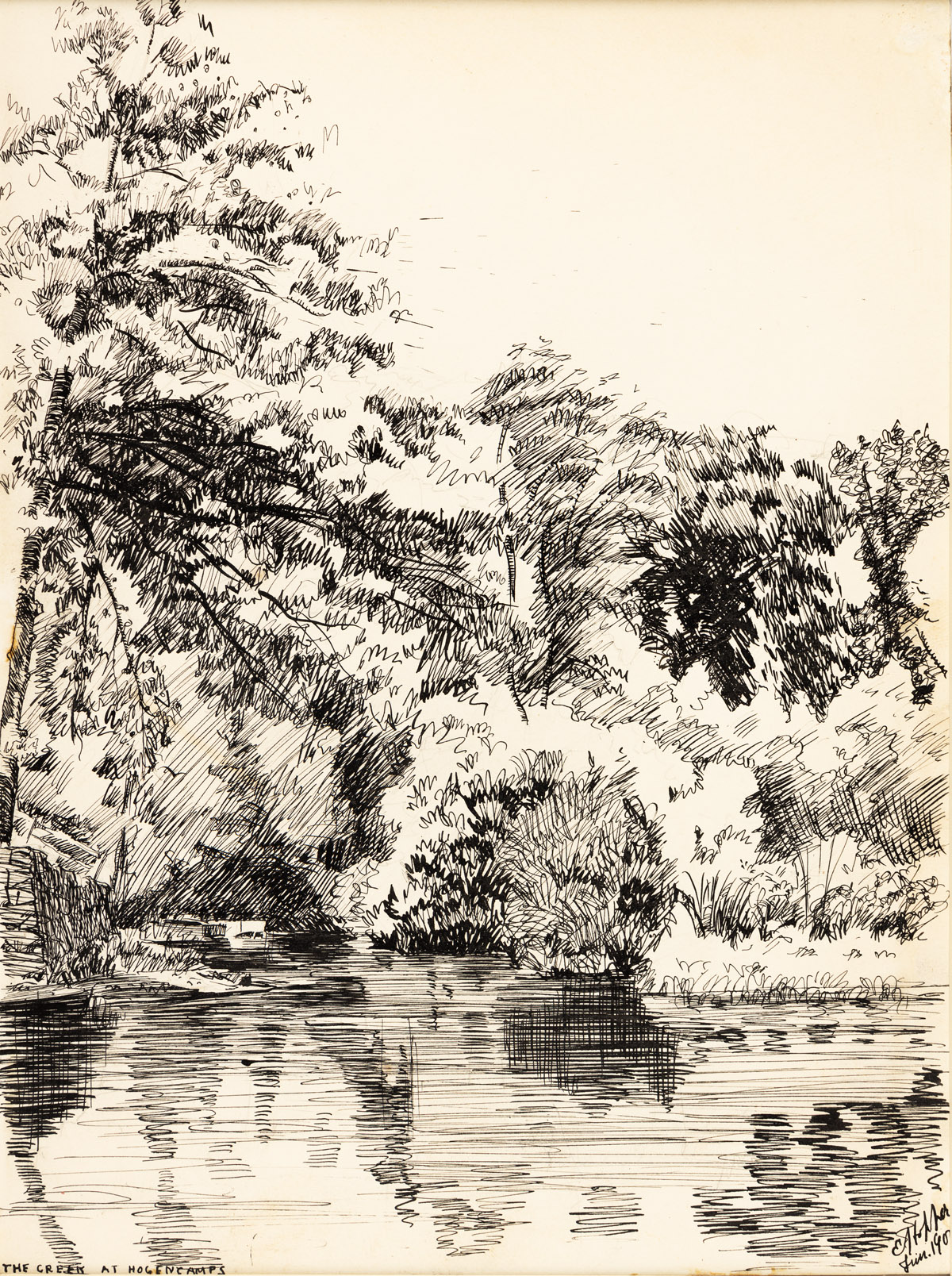