As a young artist, Hopper (1882-1967) frequently made drawings based on illustrations he found in books, magazines, newspapers and elsewhere, practicing and perfecting his technique through the study of works by Renaissance and Victorian masters alike. He copied the current drawing from an etching made by the Victorian painter and sculptor Sir Edwin Landseer (1802-1873), who was especially renowned during the 19th century for his depictions of animals. Landseer's etching, The Eagle (or The Eagle and Dead Red Deer), 1825, was issued in the series Etchings by Edwin Landseer published by E. Gambart & Co., London in 1848.
Set Alert for Similar Items 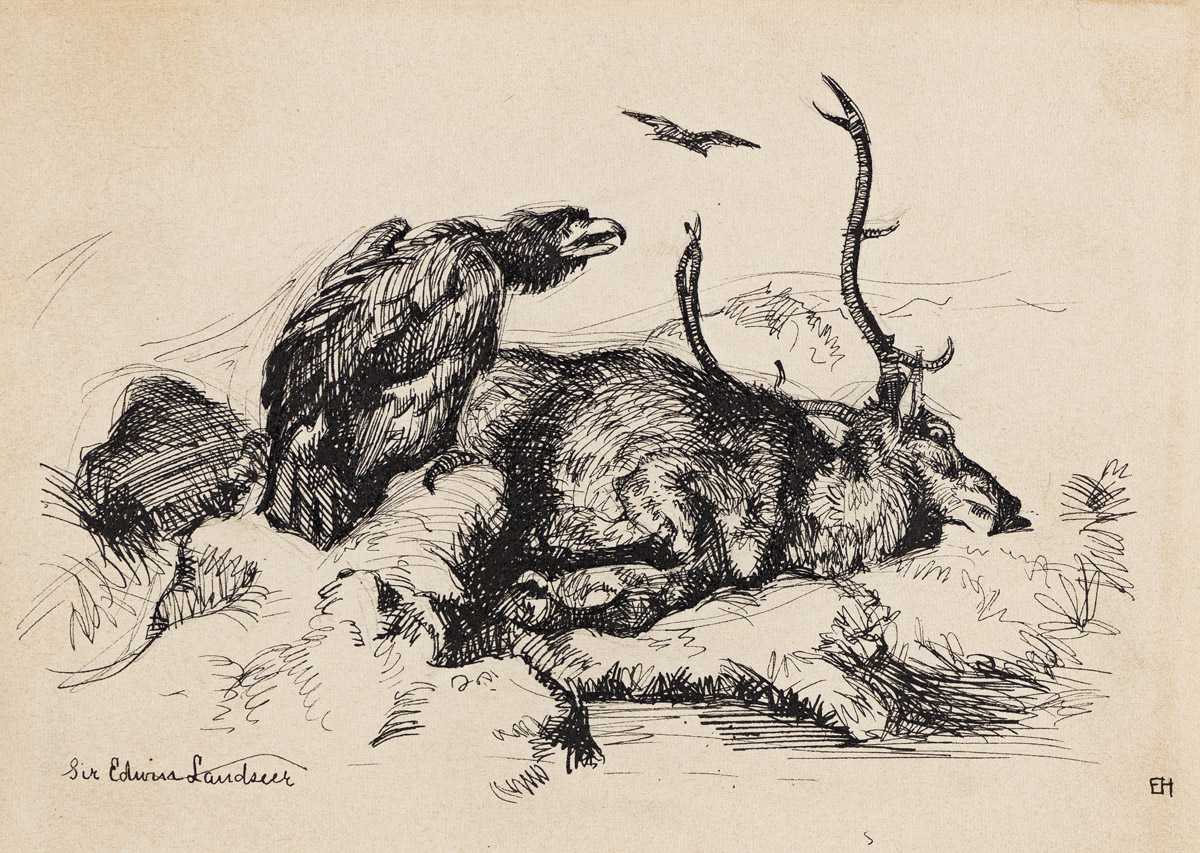