In this early, finished ink drawing, 15-year old Hopper (1882-1967) positioned the isolated figure, an ivory soap saleswoman, in a theatrical setting resembling a marionette booth. There are no patrons or other figures present in the composition; stillness and eeriness dominate the scene, emphasized by the darkly-shaded background. The subject appears to be commonplace, but also invites the viewer to interpret the narrative, like many of Hopper's iconic works. Decades later, the figure of the usherette in Hopper's oil painting New York Movie, 1938-39, lost in her thoughts against a dark backdrop, would echo the contemplative mood evoked by the current drawing.
Set Alert for Similar Items 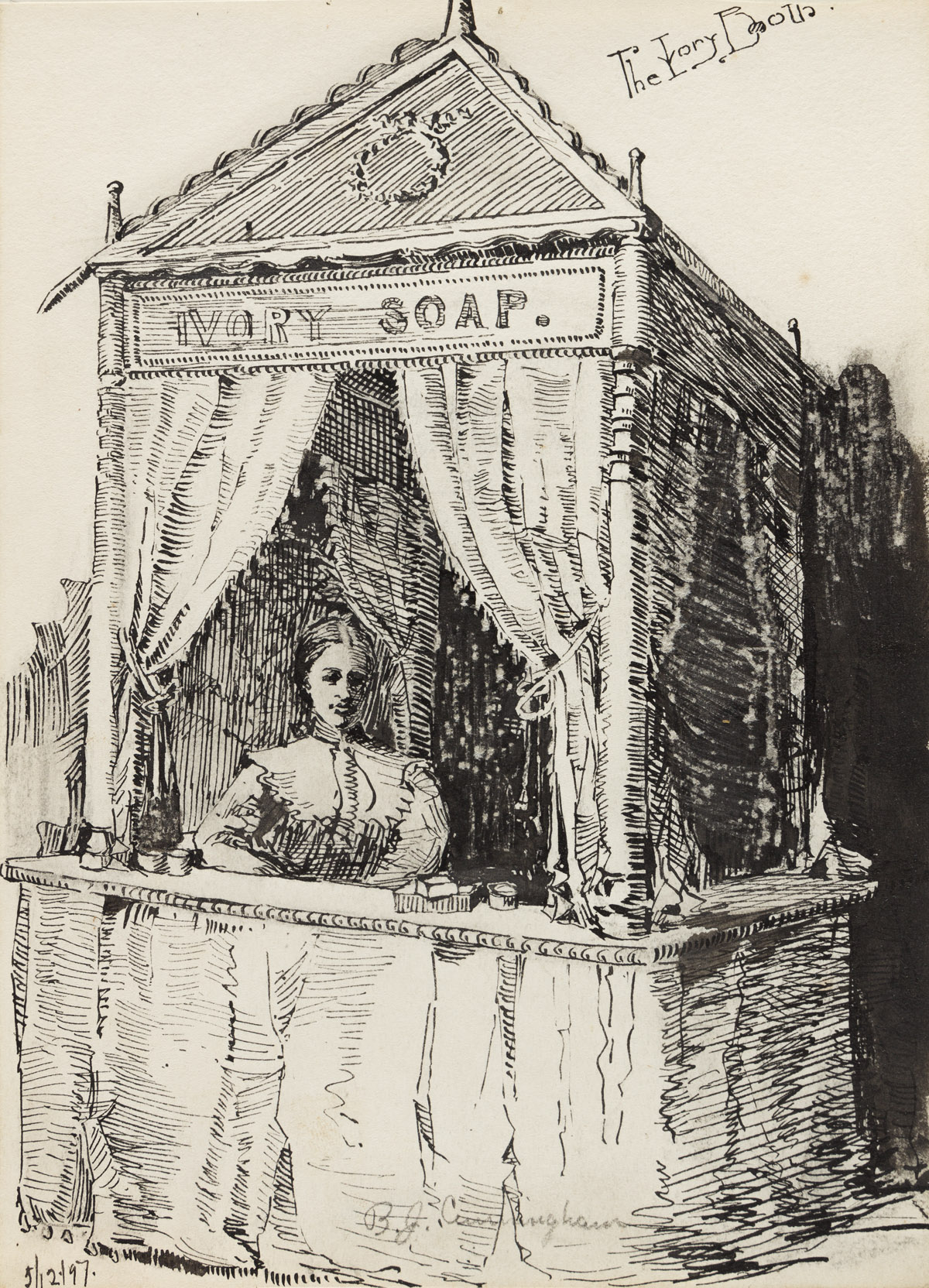