Hopper (1882-1967) based this drawing on the same-titled painting by Lord Frederic Leighton (1830-1896) from 1882, now in the collection of the Art Gallery of New South Wales, Sydney, which he likely encountered through a reproductive print of the Victorian master's work. Hopper explored subjects centered on couples throughout his career, with figural and compositional arrangements reminiscent of this early drawing, most famously in his oil paintings Summer Evening, 1947, and Sunlight on Brownstones, 1956, and the etching, Night on the El Train, 1918.
Set Alert for Similar Items 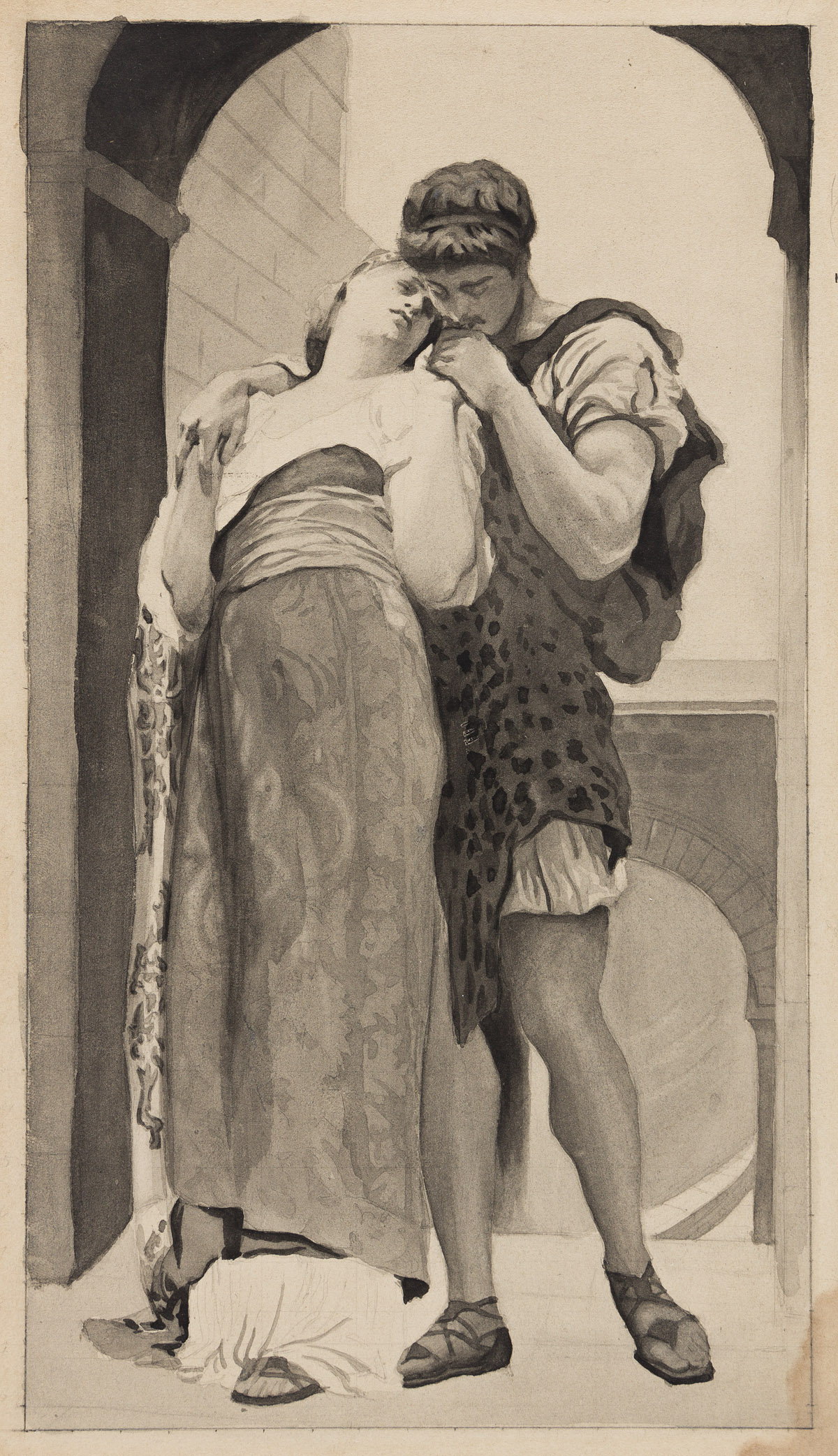