Exhibited: Bresler Galleries, Milwaukee, with the gallery label on the frame backing paper.

This attractive urban scene is an excellent example of the modern landscapes of Edward L. Loper, Sr., one of Delaware's finest early 20th Century artists. Born in Wilmington, Delaware, Loper first worked as a young artist during the WPA - he made beautifully detailed drawings of decorative art for the Index of American Design from 1936-1942. Loper, however, quickly became known for his landscape painting. He was the first African American artist to have a painting accepted by the Wilmington Society of the Fine Arts when his After a Shower, a depiction of Wilmington on a stormy night, won honorable mention at a 1938 exhibition and was later purchased for its permanent collection. He was also included in both 1940s landmark studies of African American art history, Alain Locke's 1940 The Negro in Art. and James A. Porter's 1943 Modern Negro Art.

From 1947, Loper continued to paint landcapes of Delaware scenes while teaching art full time. His 1950s paintings began to show the influence of Picasso and with a neo-Cubist approach to compositon. After Loper was invited to study at the Barnes Foundation in Philadelphia, working from 1963-1968 with Violette de Mazi, his paintings became more colorful, displaying the influcence of Cezanne. Loper had an extensive career as an educator, teaching at the Delaware Art Museum, Lincoln University and the Jewish Community Center in Delaware. The Delaware Art Museum organized Loper's first retrospective in 1996, and then in 2007, the University of Delaware presented a comprehensive retrospective. Loper's paintings today are in permanent collections of the Philadelphia Art Museum, the Delaware Art Museum, the Corcoran Gallery, the Pennsylvania Academy of the Fine Arts, the Clark-Atlanta University Collection of African American Art and the Smithsonian American Art Museum.
Set Alert for Similar Items 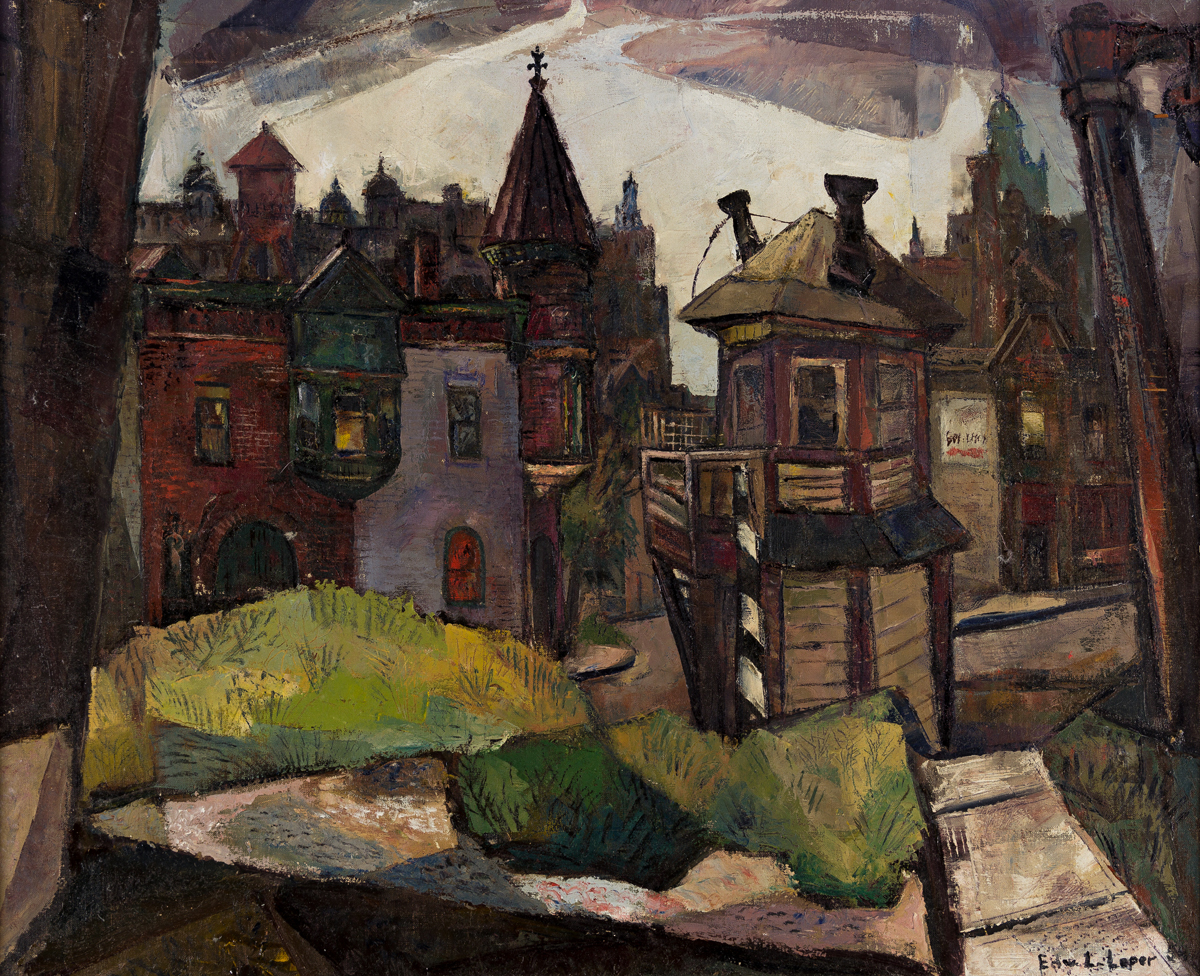