This landscape is an excellent example of Edward M. Bannister's mature landscape painting, representing both the natural beauty of rural Rhode Island and man's place in it. Bannister began to explore more atmospheric and tonal painterly effects in his late 1880s and early 1890s landscapes. His Crossing the Bridge Before Sunset displays a beautiful overall golden hue and painterliness; the fading light of the day, filtered through an atmospheric sky, traverses a rich and verdant countryside. Bannister draws the viewer into the scene by placing the horse drawn cart moving into the center of the composition.
Set Alert for Similar Items 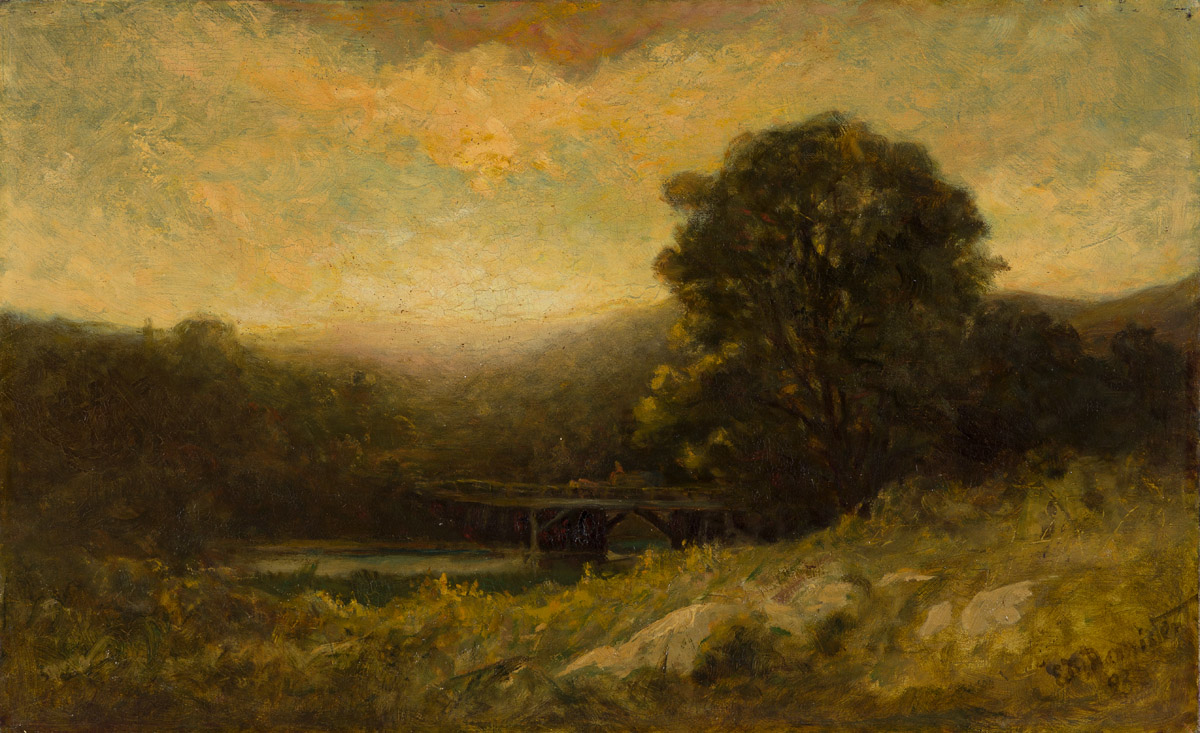 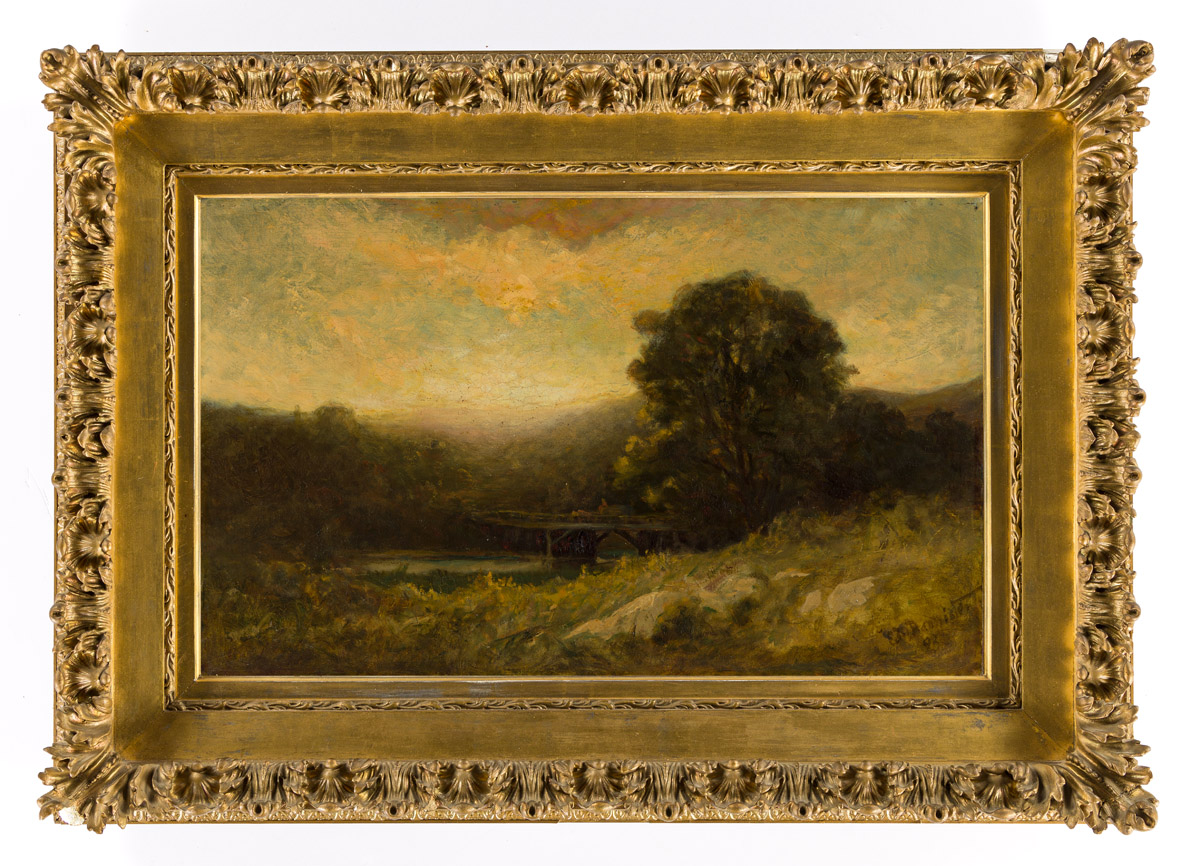