George W. Whitaker (1841 - 1916) was a friend and a fellow Providence painter and, with Bannister, Charles Walter Setson, and Frederick Batchellor, was one of the original co-founders of the Providence Art Club. He also owned a significant collection of works by Bannister at the time of Bannister's passing.

The Turning Lane is an attractive view of the New Hampshire pine forests where the artist ventured in the summer for plein air landscape subjects. New Boston is on the Piscatoquog River, a branch of the Merrimack River, where Bannister would have stopped on his travels north. Bannister had used forest paths and such vertical formats in several other related New England landscape paintings to take the viewer into the subject. Here Bannister takes us up a logger's path into an atmospheric setting.

We would like to thank art historian Anne Louise Avery, who is currently working on the first catalogue raisonné of Edward Bannister's work, for her opinion and report on this painting. Her detailed authentication report will accompany the sale of this painting. 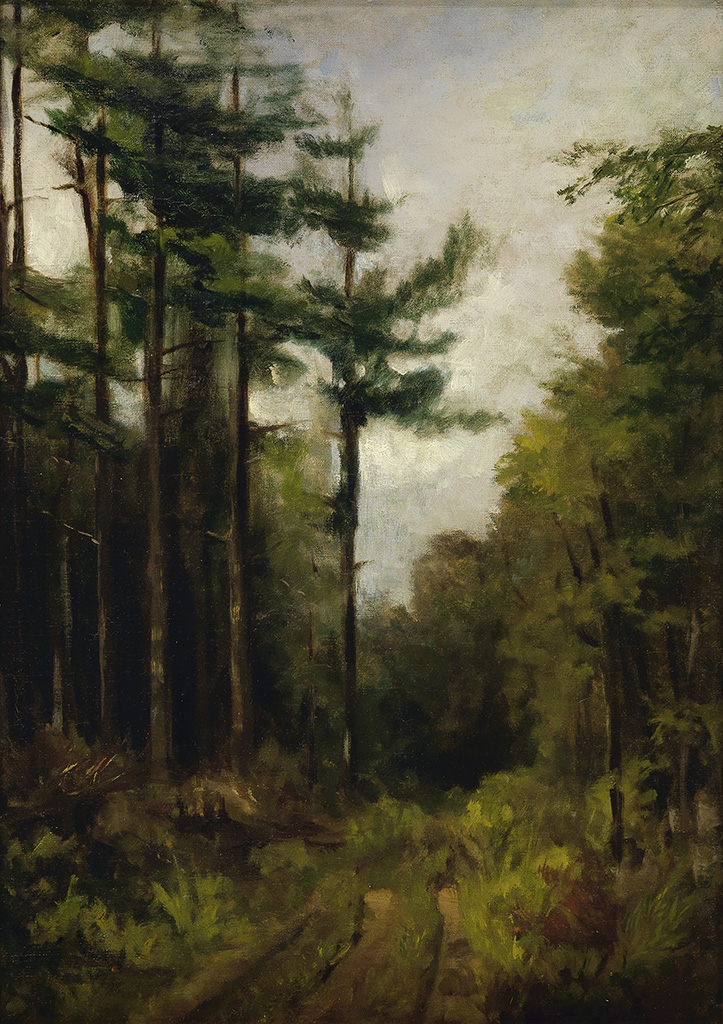