Provenance: The artist; thence by descent; Acquired by the current owner from the artist's grandchildren.

Edward Millman studied fresco techniques under Mexican muralist, Diego Rivera, 1934-35. Under the New Deal, Millman was Director of the Mural Projects for the state of Illinois. From 1936-37 he began and completed a 10x27 foot fresco in the City Hall Offices' Bureau of Water. In 1938 he completed three murals for the Decantur, Illinois Post Office., and in 1940, for the Lucy Flower High School, Chicago, Illinois. The Lucy Flower High School mural was painted over in 1941, and was restored between 1995-98. Along side Mitchell Siporin, Millman completed murals for the Main Post Office, Saint Louis, Missouri, 1942. This was the largest mural project awarded for a post office.
Set Alert for Similar Items 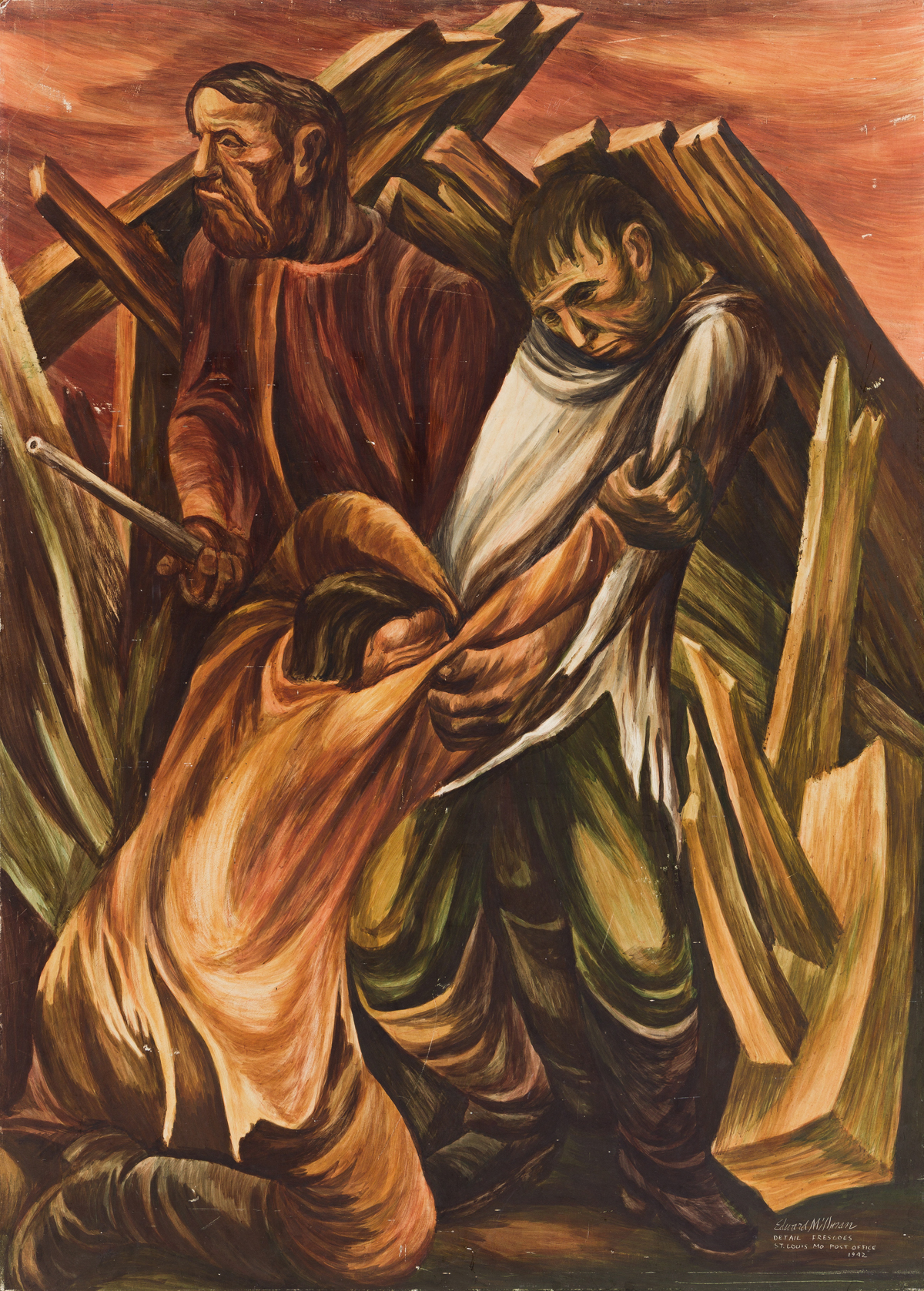