Edward Penfield, among the most famous and prolific graphic artists of all time, is credited for initiating the American phase of the international phenomenon known as the "poster craze," the burst of creative commercial activity in the 1890s. During this period in Penfield's career, he was working as Art Editor at Harper's, where he produced many of his most famous posters and illustrated books, but was also quite active as a freelancer. Among those projects were a number of themed poster calendars, produced largely by R.H. Russell Publishers. "The posters created for the Golf Calendar 1900 are among the most beautifully colored images conceived by Penfield, with clear, flat shapes and striking compositions"--David Gibson, Designed to Persuade: The Graphic Art of Edward Penfield published by, and in conjunction with, the exhibition at The Hudson River Museum, Yonkers, May 20-July 15, 1984.

The Golf Calendars were produced for 1899 and 1900. A comparison of images between them shows that they are nearly identical except for the cover and the illustration for February. Either is extremely uncommon, especially complete, and this is the only example of the 1900 calendar we could find appearing on the auction market in a search covering two decades.
Set Alert for Similar Items 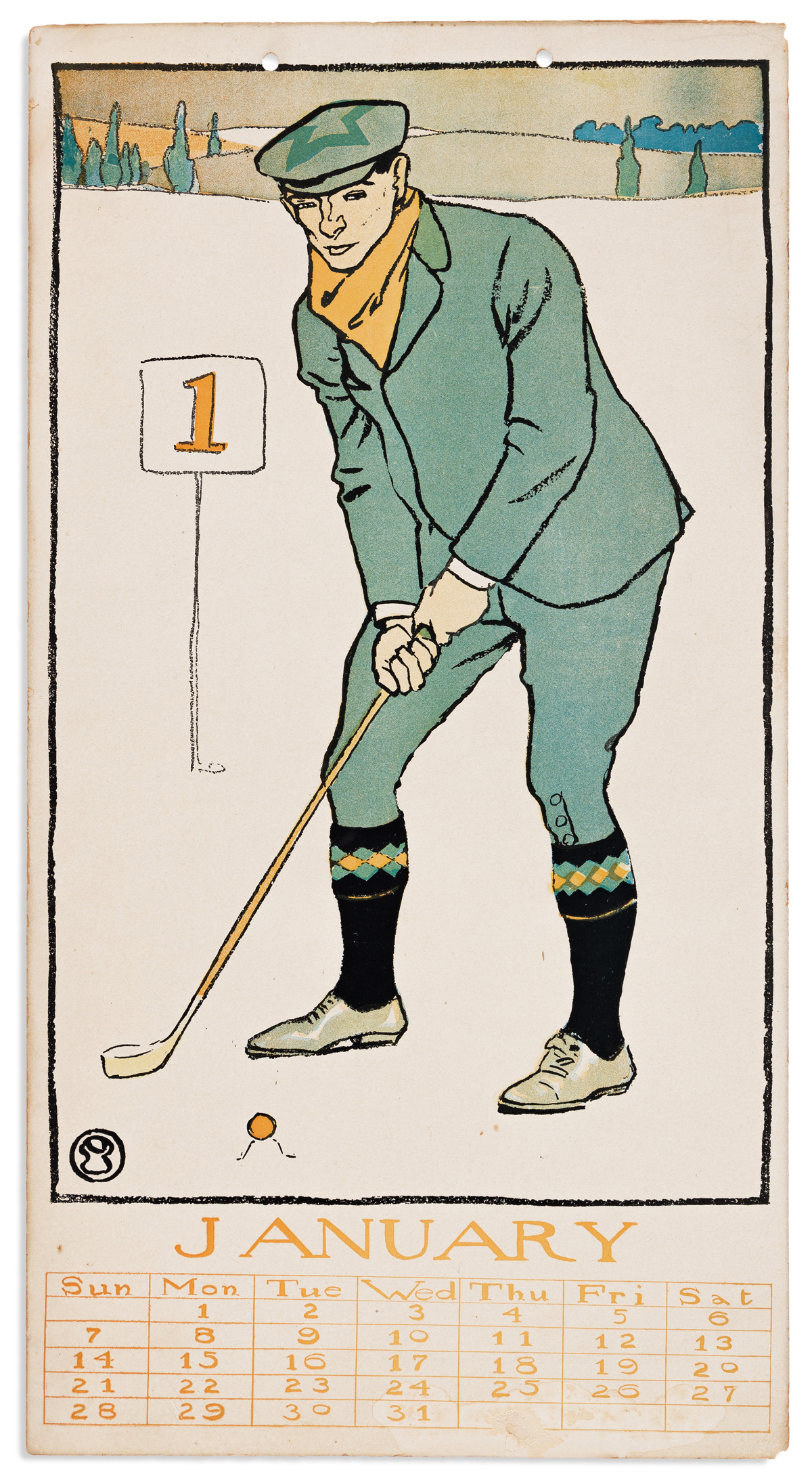 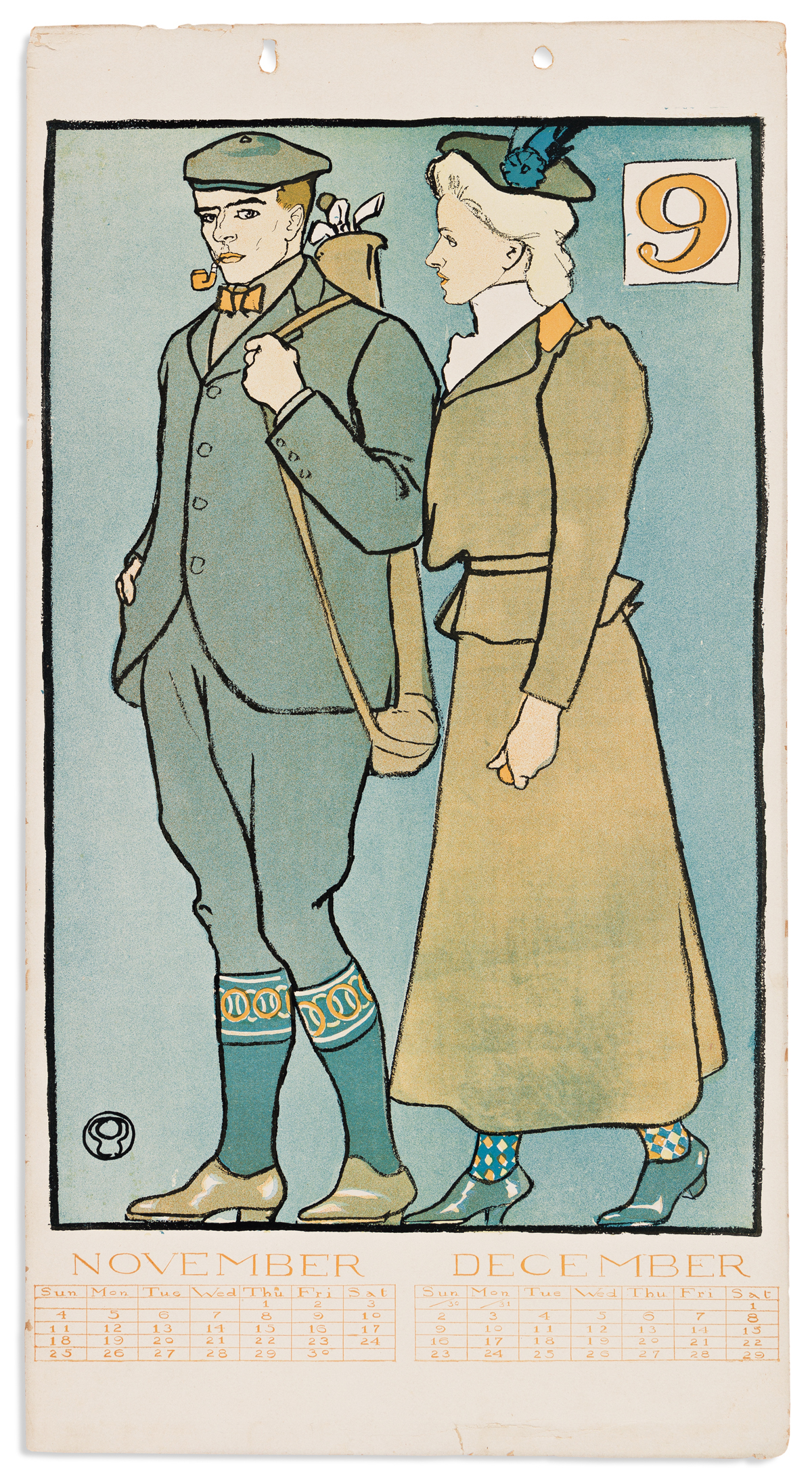