During a nearly forty-year career, Edward Curtis produced a huge body of work, some 40,000 negatives, which were source materials for his magnum opus, The North American Indian. Curtis' attention to photographic presentation and display is legendary: he pioneered the orotone technique, designed his own frames, and supervised master photographic prints. Given the large volume of images he produced, many of his remarkable pictures were not rendered as photographs or orotones but only appeared as printed images or photogravures, a sophisticated printing process that, to the naked eye, resembles an original photograph. The object offered in this lot is the original photogravure printing plate, a utilitarian object notable for its radiant physical beauty.

The copper plates used to print each photogravure relied on the original glass plate negative, which were fastidiously re-edited by Curtis, and are considered the "final creative and visual record of his images." Archival records indicate that Curtis himself focused on perfecting the photogravure plates, spending more time altering the imagery of each copper plate than on any other process or technique he used.

Curtis wrote about Horse Capture: "Born near Milk River in 1858. When about fifteen years of age he went with a war-party against the Piegan, but achieved no honor. From their camp at Beaver creek the Atsina sent out a war-party which came upon two Sioux. Remaining hidden in a coulee, the warriors sent an old man out as a decoy. When the Sioux charged him, the rest of the Atsina rushed out and killed them both. During the fight Horse Capture ran up to one of the enemy, who was wounded, in order to count coup, when one of his companions dashed in a head of him and was killed by the wounded Sioux. Horse Capture than counted first coup on the enemy and killed him. He married at the age of twenty-five." His great grandson, George Horse Capture, was the first Native American to be employed at the Smithsonian Institution in an executive capacity and was outspoken champion of Curtis' photographs. 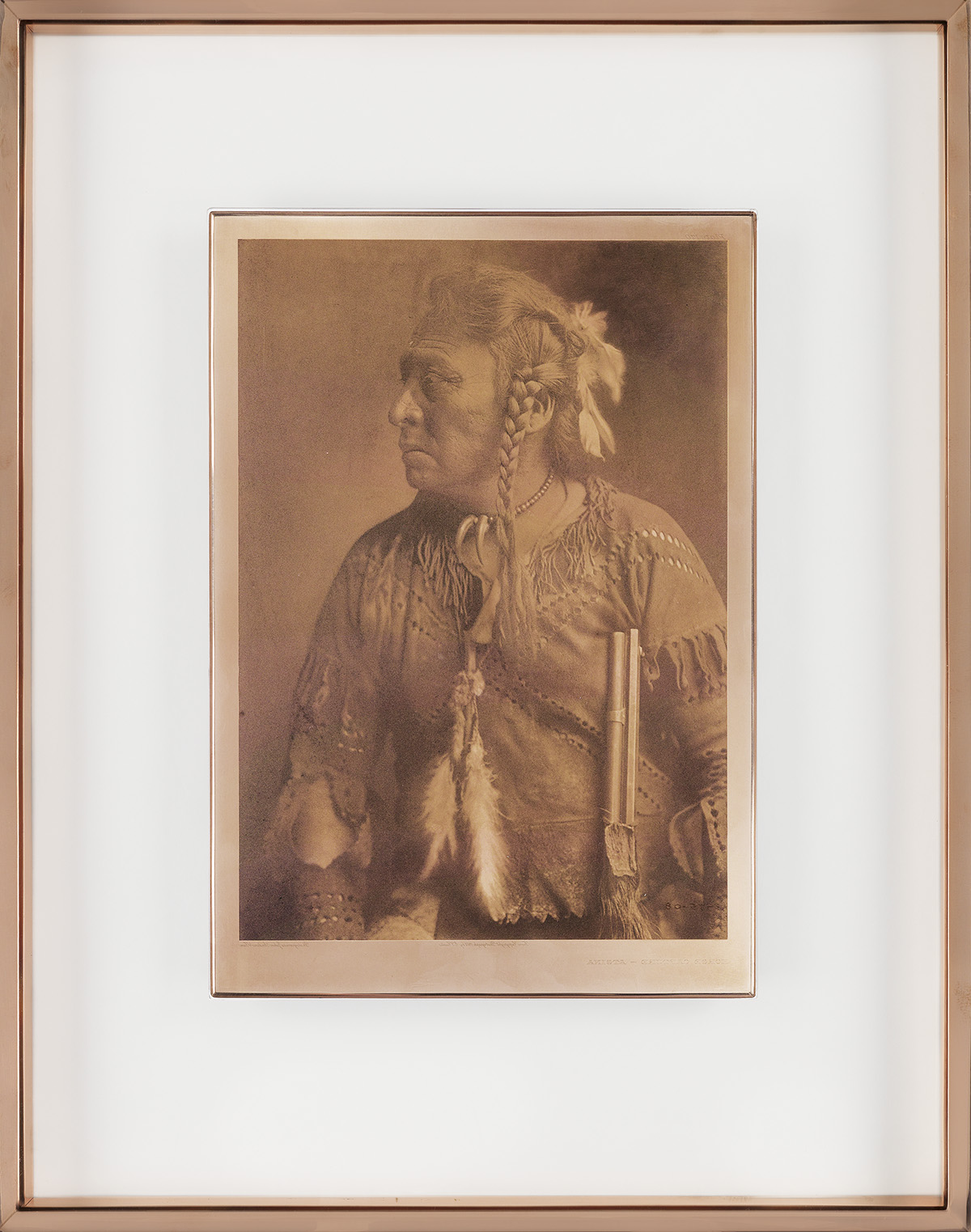