Provenance: the artist; Edwina Harleston Whitlock; thence by descent to the current owner.

This charming painting of a young boy is an excellent and very scarce example of the portraiture of Edwin A. Harleston. Harleston was a talented portrait artist working at the beginning of the 20th Century. He moved from his hometown Charleston, South Carolina to Boston in 1906 after completing his B.A. from Clark Atlanta University, and enrolled in the School of the Museum of Fine Arts, Boston. He was the only African American in his first-year class of 232 students. However, financial difficulties kept Harleston from completing his studies in Boston until 1912.

Harleston's practice soon became intertwined with his family's history in Charleston. He painted while working in the family funeral business after returning to Charleston after World War I. In 1920, Harleston married Elise Forrest, a photographer, and two years later, they opened a joint studio--the first of its kind in Charleston. Harleston developed his reputation for portraiture, winning several prestigious commissions like the portrait of industrialist Pierre S. Du Pont in 1924. Edwin Harleston assisted Aaron Douglas in 1930 with the painting murals for Fisk University. In February 1931, Harleston learned that he had finally won a Harmon Foundation award; however, he died from pneumonia only three months later. 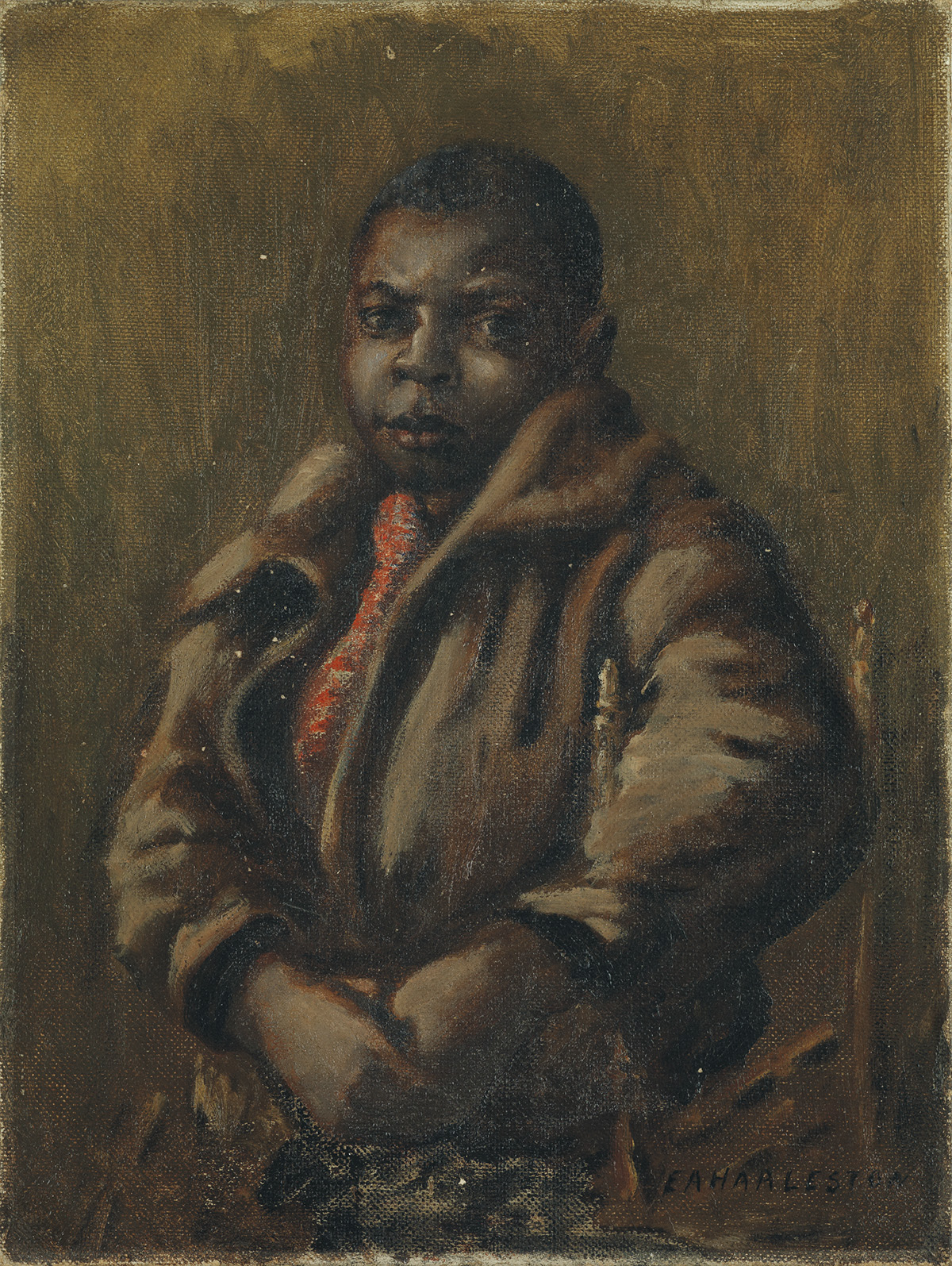