Provenance: the artist; the collection of William McBride, Chicago; private collection, New York; thence by descent to the current owner. William McBride is listed as lending the painting to the 1978 exhibition at the Studio Museum in Harlem. He was also a WPA artist from Chicago, friend of Cortor and an avid collector of works by his fellow artists--he lent 17 works to this 1978 Studio Museum exhibition.

Illustrated: New York/Chicago: WPA and the Black Artist, The Studio Museum in Harlem.

Tête-à-Tête is a remarkable and very rare painting by Eldzier Cortor, one of the earliest known and dated works by the artist, painted when he was an 18-year-old art student in Chicago during the Great Depression. Influenced by his mentor and leader of the Artists Craft Guild, George E. Neal, Cortor began to paint everyday scenes like this street encounter found in the Bronzeville neighborhood. This oil painting is in the rarified company of a handful of known works by Cortor from before 1939, which includes The Streetcar, 1937, in the Harmon and Harriet Kelley Collection of African-American Art, San Antonio.

In 1934, on Chicago's South Side, Eldzier Cortor was a high school classmate at Englewood High School of Margaret Burroughs, Charles Sebree and Charles White. They also attended Saturday classes at the Art Institute of Chicago. After graduating from high school, Cortor took night classes at the Art Institute in 1936, and the following year, he was awarded a scholarship, allowing him to attend as a full time student. In 1939, Cortor joined the easel division of the Federal Art Project of the WPA. The following year, he helped found the South Side Community Art Center with his former classmates Burroughs, Sebree and White. Schulman p. 103.
Set Alert for Similar Items 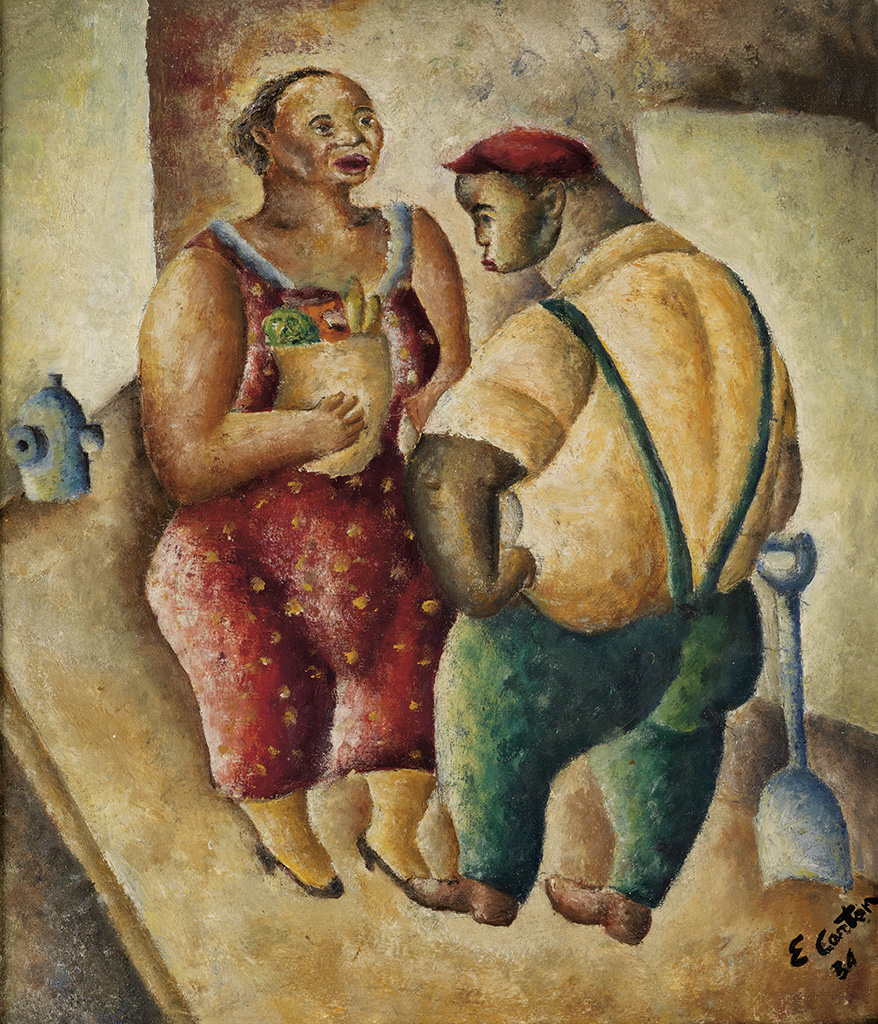