This modern stone carving of a young man's head is an exciting and important sculpture by Elizabeth Catlett. It is one of only two known stone artworks by the artist from her seminal 1940s period. The only other recorded stone work was part of her 1940 University of Iowa MFA thesis project, Mother and Child, a 35 inch high carving in limestone, now sadly missing from the University's collection. In Samella Lewis' monograph, The Art of Samella Lewis, for the year 1943, she catalogued just two works "Abstract Forms, plaster" and "Head, stone". Catlett primarily worked in plaster and terracotta in the late 1930s and 1940s. All four works included in her I am the Negro Woman solo exhibition at the Barnett-Aden Gallery in 1947, Negro Woman, Tired, Pensive and Frustration, were terra cotta. This artwork has never been exhibited publicly before and is the earliest sculpture by the artist to come to auction.

Elizabeth Catlett's Head stone shows her synthesis of her studies and interest in depicting modern African-American subjects in the early 1940s. Melanie Herzog describes Catlett's education at the University of Iowa, and how in her second year of graduate studies, she focused on sculpture - learning several techniques in bronze, stone, wood, terra cotta and plaster. But it was Mother and Child, the centerpiece of her 1940 thesis project, that crystallized many of her interests; as Catlett wrote in her thesis, "stone imposes a certain discipline which cannot be ignored." Her work won First Award in Sculpture in the 1940 American Negro Exhibition in Chicago, and caught the interest of James A. Porter who included an image and description of Mother and Child in his 1943 Modern Negro Art. Porter wrote "it is a pity that this young woman has had so few opportunities to continue her work in stone." In 1942, Herzog describes how after moving to New York, Catlett also studied with the French-Russian emigre and modernist sculptor Ossip Zadkine - taking private lessons from him that summer, while working in terra cotta. Zadkine was also a stone carver, and helped her develop a modernist sense of abstraction in her work by simplifying the forms of the human figure. Head displays Catlett's emerging modern approach to an African-American subjects in the 1940s. Herzog pp. 19-21, 30-34; Porter p. 132; Lewis p. 188.
Set Alert for Similar Items 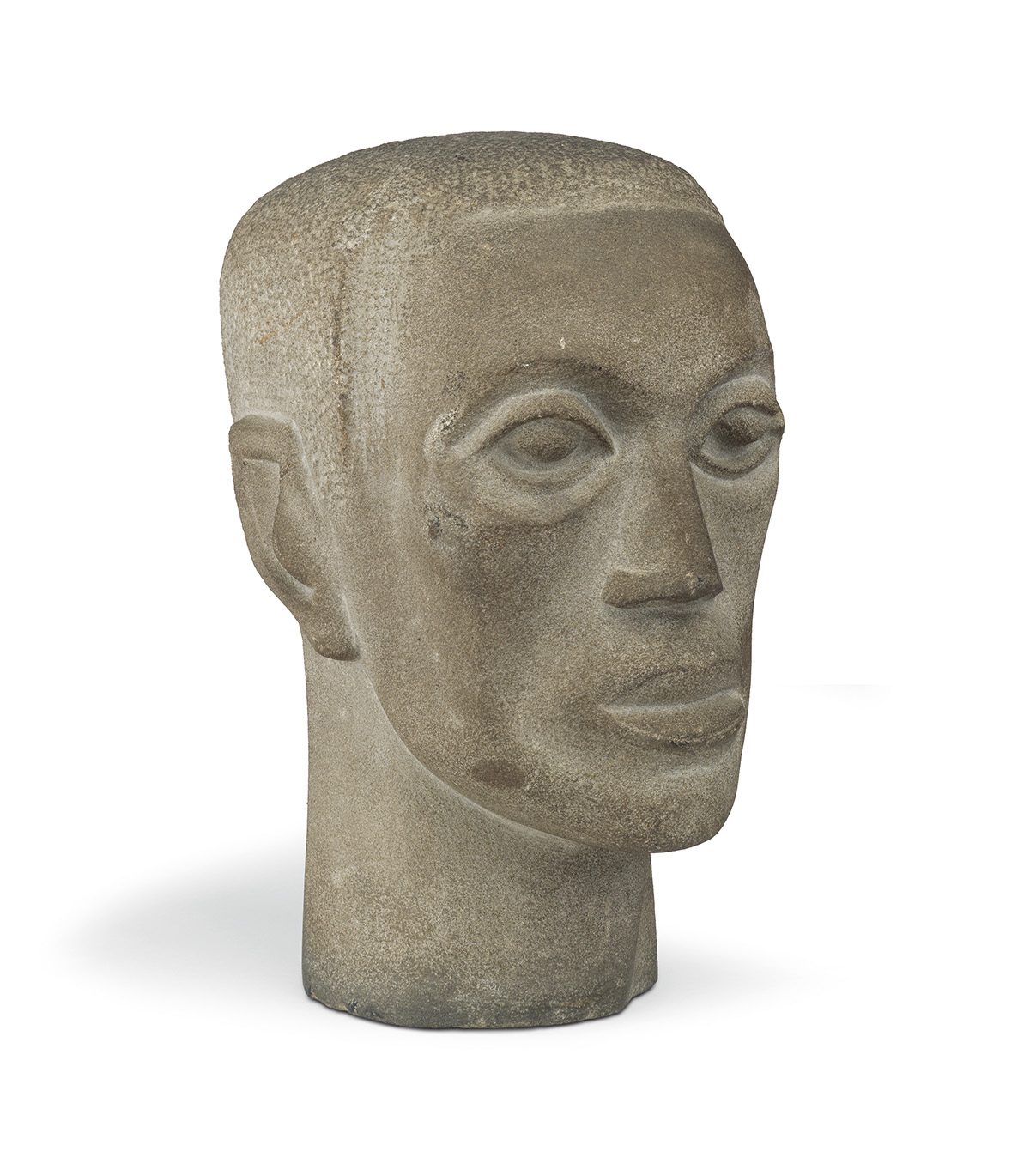 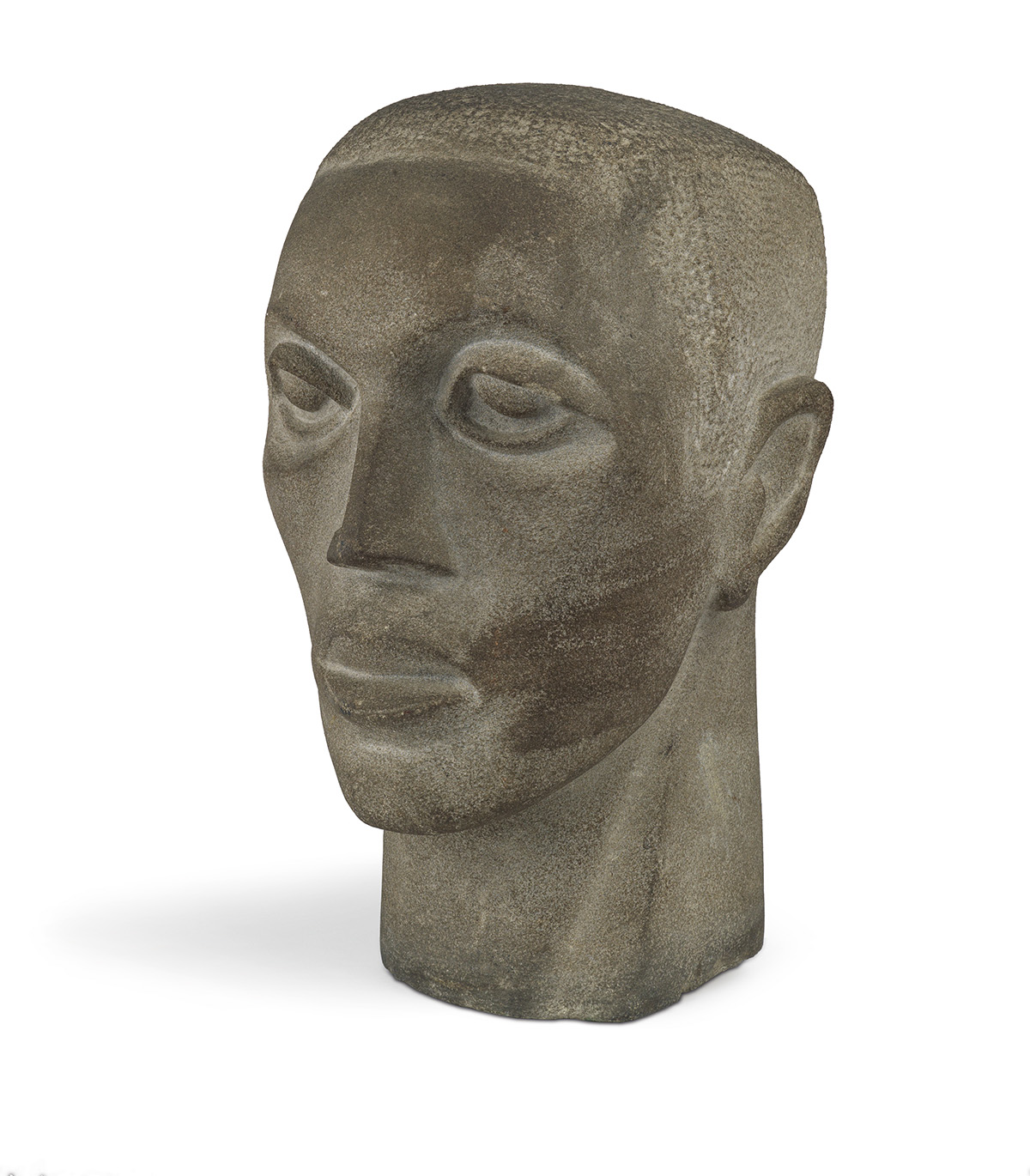