This striking painting is only the second painting by Elizabeth Catlett to come to auction - the first was the very similar tempera painting Friends, sold at Swann Galleries on December 15, 2015. Paintings from Catlett's New York period prior to her move to Mexico in 1946, are very scarce. We have located or found records of only 10 other paintings in private collections - many are similar small portraits. Melanie Herzog illustrates three oils and describes two other paintings that are now presumably lost. Herzog additionally lists Black Worker, 1946, and Woman Playing Guitar, 1947, that were shown with the three illustrated works in Catlett's exhibition at the Caribbean Cultural Center in 1996. In 2011, Sharecropper, oil on canvas, 1946 was exhibited at the Studio Museum in Harlem. Other known paintings date from her association with the Barnett-Aden Gallery, Washington, DC, including two exhibited at the Virginia Museum of Fine Arts from the Margaret and John Gottwald collection, Richmond, VA.

War Worker is a wonderful example of Catlett's work from her New York period, and displays the different influences on American art in the 1940s. War Worker is the only known painting that Elizabeth Catlett also made a print version of. Melanie Herzog illustrates Catlett's 1944 lithograph of War Worker, which is known only from a postcard reproduction, part of the People's Art Series which Herzog found in the artist's papers at the Amistad Research Center. In addition to its social realism, the painting also shows her growing interest in modernism with the developed sculptural qualities of the worker's face.

In the early 1940s, Elizabeth Catlett lived in New York between her time in Chicago and teaching at Dillard University in New Orleans. Elizabeth Catlett and her husband Charles White returned to New York in 1943 after he finished a year at Hampton University painting his mural Contribution of the American Negro to Democracy with a Julius Rosenwald grant. Melanie Herzog describes how Catlett's teaching at the George Washington Carver School gave her little time to her own artwork but she continued to paint. Teaching children in Harlem gave Catlett an intimate view of the struggles of working class families, and further added to the social and political consciousness of her artwork. Herzog pp. 36-40, 43 and 190.
Set Alert for Similar Items 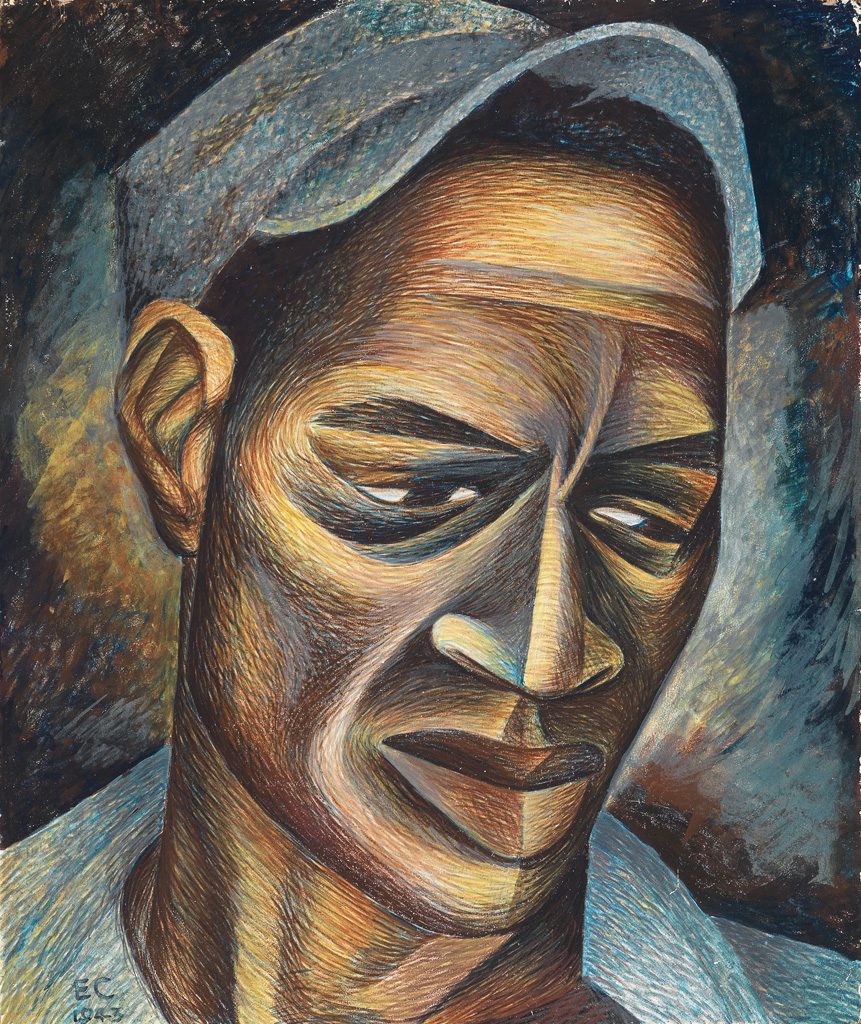